The Welfare State Only Hurts the Economy

The good news is that some honest leftists have thrown in the towel and now openly admit that capitalism generates more prosperity.

They still don’t want free markets, of course. For ideological reasons, they continue to push for a big welfare state. But at least they admit their redistributionist policies lead to weaker economic performance. Perversely, they are willing to reduce living standards for poor people so long as rich people suffer even bigger drops in their income (in other words, Thatcher was right). 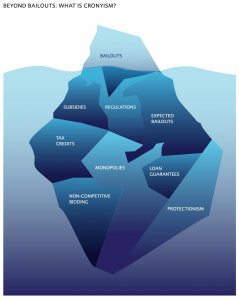 Many statists, though, realize that this is not a compelling agenda.

And they’re crafty. Most of them are clever enough that they don’t embrace full-scale socialism. Instead, they push for an ad hoc approach based on subsidies, bailouts, social engineering, price controls, and other forms of intervention.

If you want to get technical, they’re actually pushing a variant of fascism, with nominal private ownership but government direction and control.

But let’s avoid that loaded term and simply call it cronyism.

In a column for the Washington Post, Nicholas Borroz observes that this approach exists all over the world.

China’s consolidation of its state-owned enterprises (SOEs), Russia’s oligarch-led economy, the proliferation of sovereign wealth funds (SWFs) and growing government intervention in the West are clear indicators of state-led capitalism…Controlling market activity gives governments obvious advantages when it comes to advancing political agendas at home and foreign policy abroad. …SWFs are an important feature of today’s global economic landscape; governments also use them as agents of statecraft. …State-led capitalism is even finding support in the West. …President Trump has bragged that he personally influences firms’ decisions about where to place their factories. …we have entered an era when state-led capitalism is firmly entrenched.

Though “state-led capitalism” is an oxymoronic phrase.

Borroz also notes that the shift to cronyism reverses some of the progress that occurred at the end of the 20th century.

This is a dramatic reversal of the trend from two decades ago. In the 1990s, there was a rush around the world to liberalize economies. Capitalism’s defeat of communism made it seem that unfettered market activity was the key to success.

A Free Market Grows the Economy

If you look at the data from Economic Freedom of the World, the period of liberalization actually began in the 1980s, but I’m being a nit-picker.

So let’s shift to parts of his column where I have substantive disagreements.

First, my jaw hit the proverbial floor when I read the part about the International Monetary Fund supposedly being a beacon of free-market reform.

Since I’ve referred to the IMF as the “dumpster fire” or “Dr. Kevorkian” of the global economy, I obviously have a different perspective.

Though, to be fair, the bureaucrats at the IMF generally do advocate for deregulation and free trade. But they are bad news on fiscal policy and oftentimes misguided on monetary policy as well.

But here’s the part of the column that is even more galling. Borroz defends cronyism because free markets allegedly failed.

…a number of factors led to skepticism about free markets. One was the underwhelming developmental effect of SAPs and liberalization. …A further blow to the neoliberal model was a series of financial disasters caused by unrestricted flows of capital, notably the 1997 Asian financial crisis and the 2008 global financial crisis. Perhaps the factor that has most undermined neoliberalism’s attractiveness, though, is…countries with state-led economies, such as China and Russia…remain relevant not despite state intervention but because of it.

This is remarkably wrong. Three big mistakes in a handful of sentences.

Heck, per-capita output in both China and Russia is far below U.S. levels, so the notion that they are role models is amazingly oblivious to reality.

Now let’s review some evidence about the downside of “state-led” economic policy.

The Economist notes that cronyism does not have a very successful track record.

Some argue it makes no sense for a government to place VC bets, directly or otherwise. …Massimo Colombo, an academic who studies government VC in Europe at the Polytechnic University of Milan, …admits that, when results are measured by jobs created or productivity boosted, the private sector is far better at deploying capital. Studying 25,000 government VC investments in 28 countries, between 2000 and 2014, he and colleagues concluded that they worked only when they did not compete directly with the private sector.
And research from three economists at Italy’s central bank specifically measured the loss of economic efficiency when governments operate and control businesses.

In OECD countries public services, especially at local level, are often provided by public enterprises (Saussier and Klien, 2014). Therefore, the efficiency of LPEs is important for the overall efficiency of the economy and the sustainability of public finances. …we are able to build a very detailed dataset that allows us to compare firms that are observationally equivalent, apart from the ownership indicator, thus making possible the definition of the appropriate set of comparison firms. …Although we focus on Italy, which represents a particularly interesting case to analyze for several reasons, the approach we have followed in this paper may be easily adapted to other countries. We find that the performance of Italian LPEs, measured in terms of total factor productivity, is on average lower than that of private enterprises by about 8%… our results show that the ownership structure is more important than the market structure in explaining the performance of LPEs with respect to their private sector counterparts. …Our results imply that policy measures aimed at privatizing LPEs (totally or, at least, partially) can improve their performance, by reducing the level of public control and promoting cost-benefit analysis for investments.

In other words, the type of statism doesn’t really matter.

The inevitable result is less growth and prosperity.

Which is why I advocate “separation of business and state.”

P.S. If my statist friends disagree, accept my challenge and please show me a cronyist nation that is outperforming a market-oriented nation.

Republished with permission by FEE 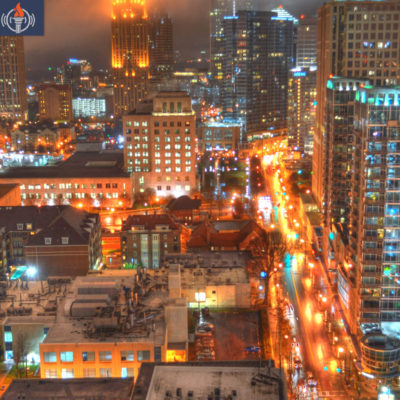 Are wireless companies overlooking the dangers of new technology to keep up with market demand?...

Why is it impossible to sue a vaccine company? Del Bigtree joins Dr. George to...

NOTICE: If you are from any locality within the EU you are hereby forbidden from accessing this website, as you have chosen to be enslaved & controlled by unelected bureaucrats unto a fallacy that a giant government database of opt-in/opt-out protects your privacy. If you are not an EU tax cow and wish to access the site, please know that since launching in 2013, we anonymize your IP and only collect information you provide when interacting with the website, such as leaving a comment or contacting the station. This site is not directed at children, and is focused on all rational thinking individuals, who value reason and liberty. #JeffreyEpsteinDidntKillHimselfF--- the EU, I understand.Privacy policy