Protecting our Pets Can Ultimately Benefit Ourselves

Dr. Geoffrey Broderick, founder of Cornucopia Pet Foods, author and innovator joins Dr. George to discuss the power compassion has to both protect and extend our pet’s lives, and how it benefits humanity. 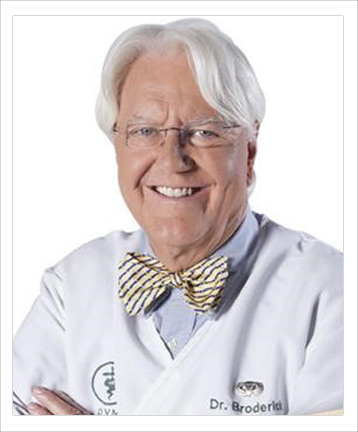 Dr. R. Geoffrey Broderick, founder of Cornucopia Pet Foods and the creator of Super-Food and Phyto-Food for pets, has spent nearly 50 years as a practicing veterinarian in Huntington, New York.

Doc, as he is commonly known, was at the forefront of the natural pet food movement in America. He created products free of chemical additives, artificial colors, flavors, sugars and MSG. In the early 70s, “Doc” declared the commencement of this movement at the Health & Nutrition Expo at Madison Square Garden in New York City.

Additionally, Dr. Broderick presented a paper titled, “The Cure, Prevention and Control of Cystitis in Cats” and received an award for his work from the Committee for World Health in Palms Springs, California.

This paper described for the first time that acidification with ascorbic acid (vitamin C) of the urine dissolved triple phosphate (struvite) urinary calculi in 16 cats with acute cystitis and prevented bacteria from growing in the urinary tract.  Furthermore, it prevented the subsequent return of the disease. Also, this work paved the way for the use of cranberry juice to treat urinary tract infections. Thus, he has helped to control and prevent one of the most common disease afflicting women in the United States of America.

The following year, Dr. Broderick received an award from the California Orthomolecular Medical Society at their Annual Symposium. Doc presented a paper and demonstrated by time lapse radiography the systematic dissolving of a golf ball size cystolith (urinary bladder stone) for the first time in history!