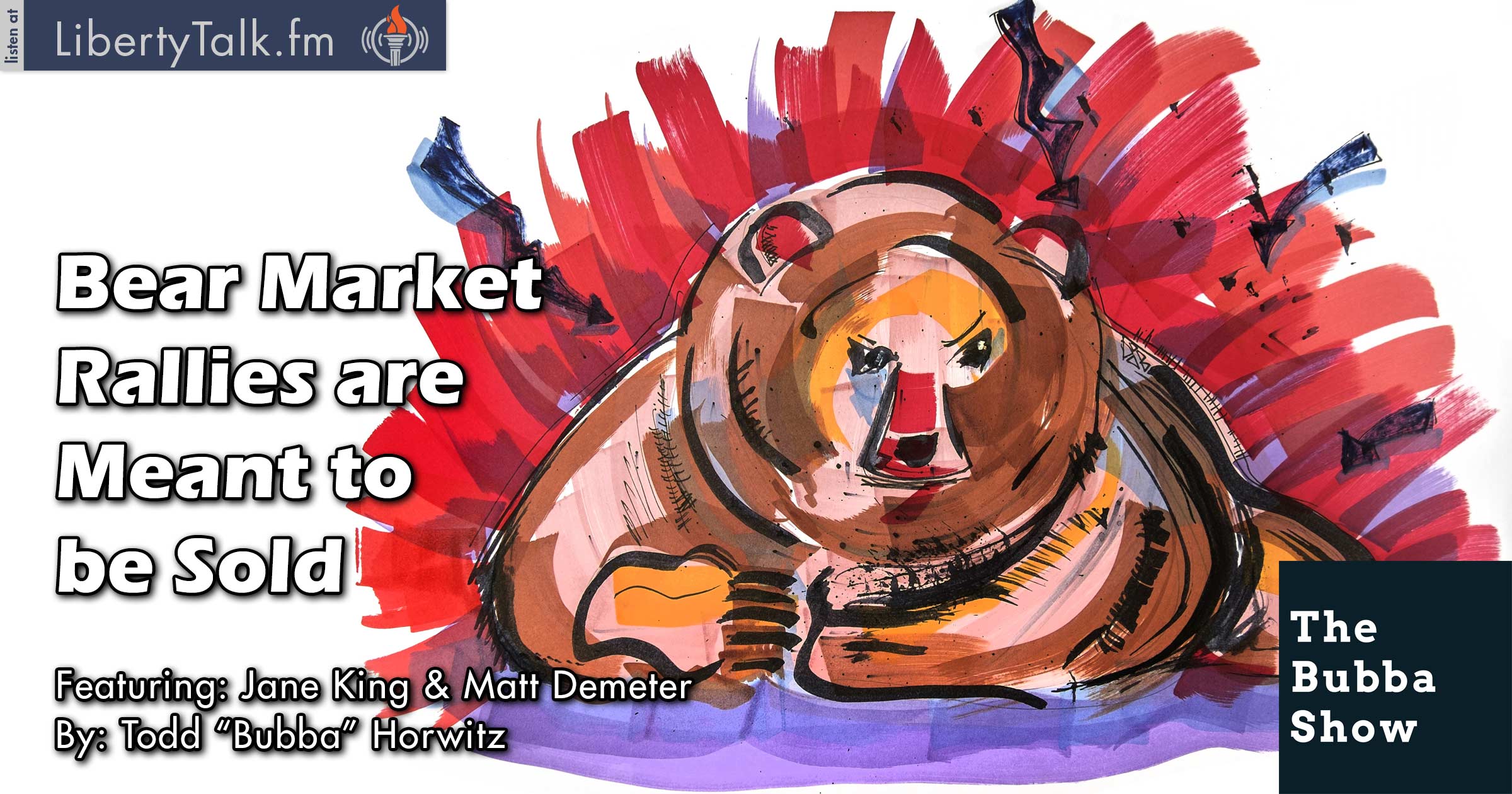 Trading Action Indicates the Market has reached the Top

The weekend is over and now we move into a holiday shortened week, following a wild trading week that finished unchanged after moving 200 points every day. Bubba talks about the market tops being in as indicated by the trading action. The jobs number was brutal and the Syrian bombing could wind up creating some action this week.

Jane King from LilaMax Media and author of the KaChing report makes her weekly visit to the show. On the bombing of the Syrian airbase, Jane agrees that President Trump did the right thing. Bubba asks Jane about her expectations for the market. Jane feels that the economy is getting better, but believes the markets may be ahead of themselves.

The Bubba Show’s technical expert, Matt Demeter, from DemeterResearch.com comes by to analyze last week’s action and look into the holiday shortened week. Matt feels the tops of the market are in and agrees with Bubba that the action the next couple of weeks will go a long way in determining where the markets go next.

Bubba and Matt talk about the agricultural space and both agree that soybeans are very oversold and will bounce from around here. Matt and Bubba agree that all rallies should be sold in the equity markets, which ties in with the top of the markets. Bear market rallies are vicious and are meant to be sold.