Mr James Polefut, CEO, chairman, and co-founder of the North American Specialty Hospital (NASH), joins me to discuss a novel way for U.S. patients to get affordable surgery in Mexico performed by U.S. based specialty surgeons who travel to Mexico to perform the procedure in an accredited hospital which is a Center of Excellence in the delivery of Healthcare. 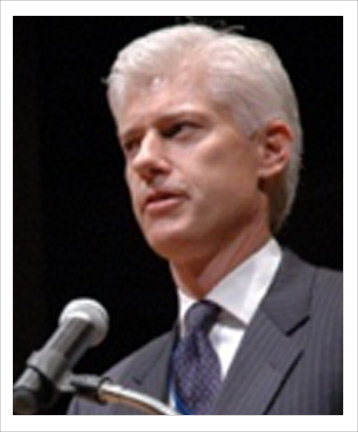 James T. Polefut serves as CEO, Chairman, and Co-Founder of the North American Specialty Hospital (NASH).  Primarily on behalf of U.S. patients who are sponsored by their U.S. employers, NASH specializes in specialized medical procedures such as orthopedic joint replacements, deploying rotating surgeons from throughout the United States to Center of Excellence in the Delivery of Healthcare which is located nearshore to the United States, beginning in Mexico.
Earlier in his career, Mr. Polefut was CEO of the U.S./Mexico Foundation, President of The Americas Roundtable of the Biennial of the Americas, and a general manager of GE Capital in Mexico City.  In addition, he served as a founding officer of First Western Trust Bank, a private bank and trust company headquartered in Denver, Colorado, where he oversaw corporate acquisitions aggregating to more than $2 billion during his tenure.  He also served as executive chairman of Cordillera Asset Management, a small-cap growth fund, as Administrative Assistant for Finance in the Office of the Mayor of Denver, and as an associate in public finance at Smith Barney.
As a complement to his professional work, Mr. Polefut has filled a variety of community leadership positions.    Currently, he serves as Chairman of the advisory board of the University of Denver Josef Korbel School of International Studies and as Executive Director of the Uberoi Foundation for Religious Studies.  In addition, he serves as a member of the board of the IPODERAC Children’s Fund which supports homeless boys and girls in Puebla, Mexico and as a member of the board of the U.S./Mexico Foundation.   Previously, Mr. Polsfut was chairman of the Colorado Commission on Higher Education, appointed by Governor Bill Ritter, as well as an officer of the board of several other civic organizations, including the Mi Casa Resource Center for Women, the Montview Boulevard Presbyterian Church, and the Urban Peak Shelter for Homeless and Runaway Youth, among others.
Mr. Polefut earned a Bachelor’s Degree in Government from Harvard University and an MBA from Stanford University