“All Speech Is Not Equal”: Biden Taps Anti-Free Speech Figure For Transition Lead On Media Agency 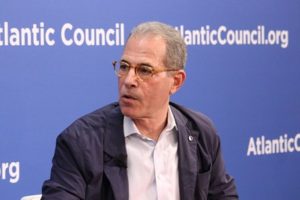 For those of us who have been critical of the growing anti-free speech movement in the Democratic Party, the Biden transition team just took an ominous turn. The New York Post reports that Biden tapped Richard Stengel to take the “team lead” position on the US Agency for Global Media, including Voice of America, the Middle East Broadcasting Networks and Radio Free Europe/Radio Liberty. As I previously addressed in a column, Stengel has been one of the most controversial figures calling for censorship and speech controls.

For a president-elect who just called for everyone to “hear each other,” he picked a top aide who wants to silence many. Since it would be difficult to select a more anti-free speech figure to address government media policy, one has to assume that Biden will continue the onslaught against this core freedom as president. This is not the first Biden aide to indicate a crackdown on free speech in the new Administration and Biden himself has called for greater censorship on the Internet.

Last year, Stengel wrote a chilling Washington Post op-ed that denounced free speech as a threat to social and political harmony. Like a number of liberal and Democratic figures, Stengel struggled to convince readers that what they need is less freedom: “All speech is not equal. And where truth cannot drive out lies, we must add new guardrails. I’m all for protecting ‘thought that we hate,’ but not speech that incites hate.”

In January, Biden called for greater speech controls on the Internet and denounced Twitter for allowing others to speak freely. In insisted that tolerating such views in the name of free speech is same as “propagating falsehoods they know to be false.” Biden called for companies to bar Trump views on such things as mail-in voting as an invitation for fraud. He is not alone. Congressional leaders like House Intelligence Committee Chair Adam Schiff have called for labeling and removal of material with some members directly threatening a legislative crackdown. This week, Speaker Nancy Pelosi denounced Facebook CEO Mark Zuckerberg for resisting speech monitoring and censorship as a matter of free speech. Pelosi lashed out that those who want to preserve a free speech zone are “all about making money,” ignoring free speech advocates who have no financial interest in these companies. Pelosi said that opposing such monitoring means that social media companies simply want “to make money at the expense of the truth and the facts” and are trying to “hide under the freedom of speech.”

These efforts are drawing upon the work of academics who are pushing for greater censorship and speech controls. The Atlantic published an article by Harvard Law School professor Jack Goldsmith and University of Arizona law professor Andrew Keane Woods calling for Chinese style censorship of the internet. They declared that “in the great debate of the past two decades about freedom versus control of the network, China was largely right and the United States was largely wrong” and “significant monitoring and speech control are inevitable components of a mature and flourishing internet, and governments must play a large role in these practices to ensure that the internet is compatible with society norms and values.”

Stengel however is one of the most unnerving and outspoken voices against free speech. He wrote how hard it was to explain our views of free speech to Arab countries which of course routinely jail or even execute people for exercising free speech. However, Stengel was raising the point to suggest that they had a valid confusion over our values:

Even the most sophisticated Arab diplomats that I dealt with did not understand why the First Amendment allows someone to burn a Koran. Why, they asked me, would you ever want to protect that? It’s a fair question. Yes, the First Amendment protects the ‘thought that we hate,’ but it should not protect hateful speech that can cause violence by one group against another. In an age when everyone has a megaphone, that seems like a design flaw.

That design flaw is free speech itself. So in a nation filled with gifted people to lead the effort on government media policy and positions, Biden selected a person who rejects the very essence of free speech. Stengel promises the “unity” of a nation silenced by government speech codes and censorship. If no one has a megaphone, free speech is no longer a problem.

Reprinted with permission from JonathanTurley.org.