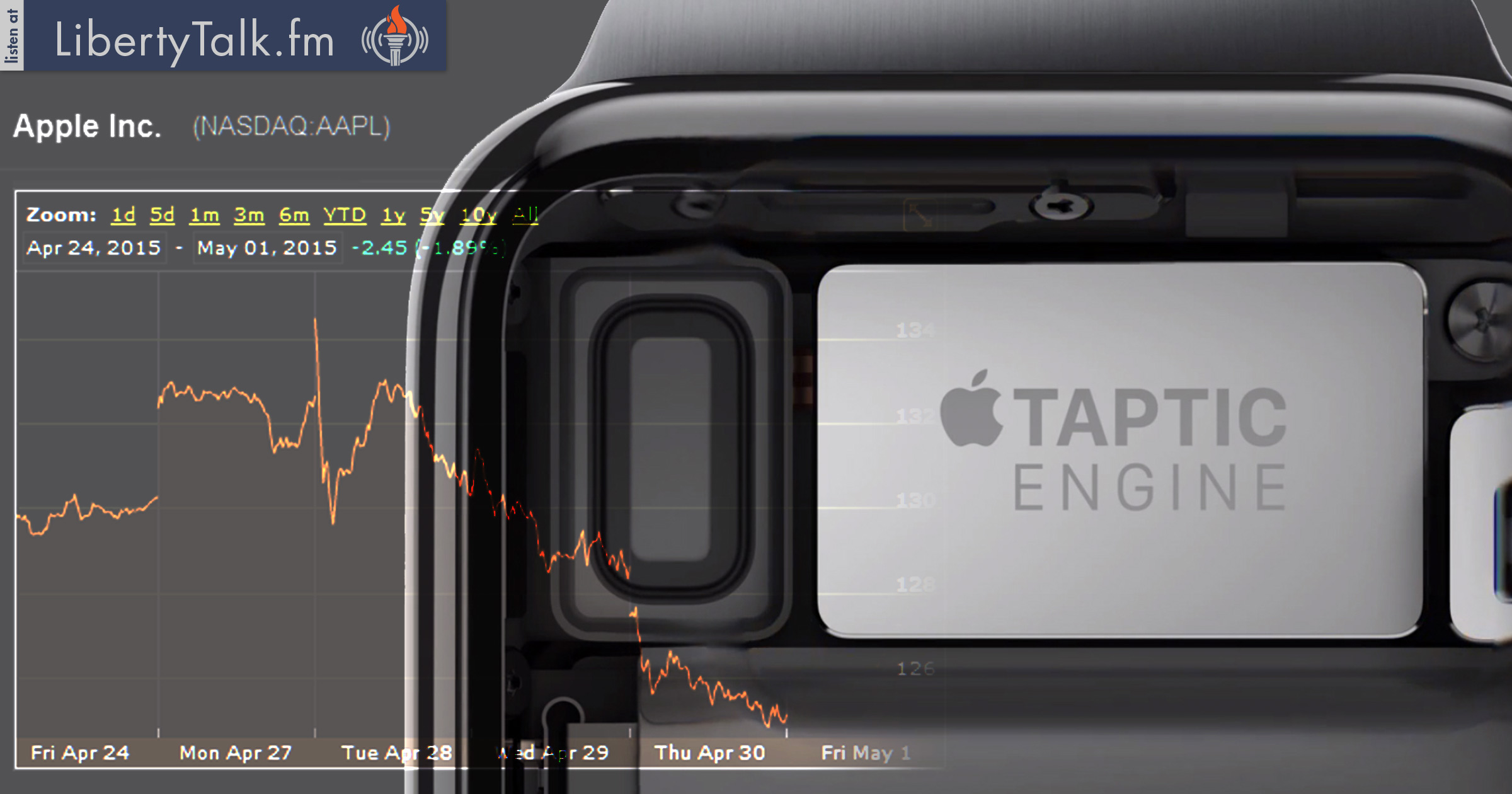 It seems like just yesterday that Apple Inc. stock was at all time highs. Actually, it was yesterday when the stock made new split highs of over $134.50 a share. Shortly after making the move Apple stock started to tumble and ended Thursday down almost 7% from its Wednesday high.

The down move was accredited to a faulty part in the new Apple Watch that has been delaying distribution. The part is in question is the Taptic Engine which is supposed to tap people on the wrist to give them a warning via a preset alarm. The defective part was produced by AAC Technologies Holdings Inc., a Chinese based manufacturer.

The problem was discovered during testing and  the Taptic Engine gradually fatigues and loses its effectiveness over time. Apple stated that it canceled the contract and none of the defective watches had reached the market. Spokesman for the company said that a second supplier, Japan’s Nidec Corporation didn’t have the same problem and that their version of the Taptic Engine is being utilized in all the new watches fabricated for the market.

The idea behind the Taptic Engine is that gentle taps are said to be less intrusive and abrupt than your run of the mill ringing or buzzing, i.e. similar to when a smartphone is set on silent vibrate mode. Thus you are notified someone is attempting to reach you without create a nuisance for those around you.

Apple started accepting orders for the watch at the end of April, however opted not to sell the Apple Watch directly through the company’s retail stores at present. According to a press release, Apple decided it did not want the craziness that has accompanied other product launches such as with the iPad five years ago. Instead choosing to sell the Apple Watch online and through select retail outlets.

Thus, it appears whichever direction Apple stock goes so goes the NASDAQ. Since setting a record high last week it has steadily been heading south and has lost more than 3% of its value.  Other big names have also taken a bit of a beating, i.e. GOOGL is down almost 6% since delivering its earnings to the market. BIDU is down almost 10% and looks to be heading towards correction territory; AMZN has also joined the parade losing better than 6% since the company released its earnings.

Is this the beginning of the long awaited correction?

Only the market knows for sure, but I can tell you one thing, after trading for almost forty years, it never announces its intentions it just happens!