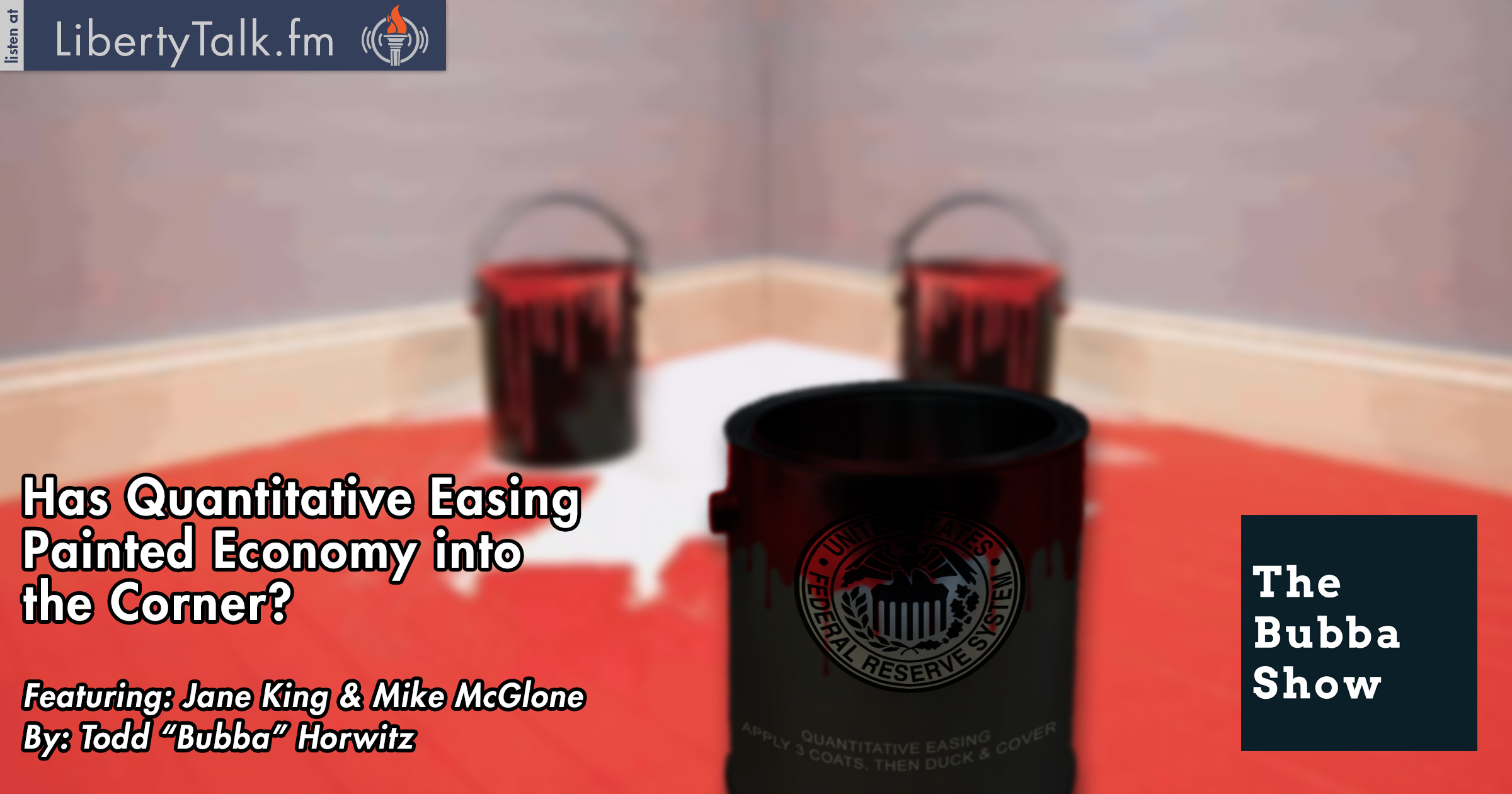 Bubba comments on the issue he has dealing with the the Fed’s current position. He believes the central bank has painted itself and the American economy into a corner, while having no clear exit strategy. The unbelievable amount of debt created since the Housing Market Crash of 2008 will take generations to emerge from all the red ink. Moreover, Todd explains how raising short term rates will only exacerbate the problem by causing the dollar to get stronger which will have a negative impact on the entire U.S. economy.

Hane King joins the show and Bubba speaks to her on how she sees the markets through the eyes of the average investor. She outlines that energy prices remain the key issue. The consumer is concerned that if/when gasoline prices rise, the increase will cut into their disposable income. Further Jane comments on how unless you are in the upper income levels, it is hard to be financially independent in today’s society.

Bubba then seeks Mike McGlone’s opinion as to what he thinks of the Fed’s move on Wednesday.  Mike comments that the Fed is still talking about tightening when the market doesn’t seem to be getting stronger. He talks about how the Fed funds rate for December, which had priced in a 50 basis point rise in December has now reduced that expectation to 25 basis points. He further illustrates how the FEDERAL RESERVE is stuck and has no where to go, as there is no inflation according to their metrics.

Bubba comments that the role of the FEDERAL RESERVE was never meant to be actively involved in actual trading in the markets. To wit Mike agrees, stating he believes that the Fed is run by academics and they are indeed not very good at trading, as they do not understand trading markets yet the attempt to try to use their academic backgrounds to force their  data analysis on the markets. Thus the result is the Fed projects its view on the market rather than allowing the market to dictate a proper course. They have “dream” data that they use for decisions.