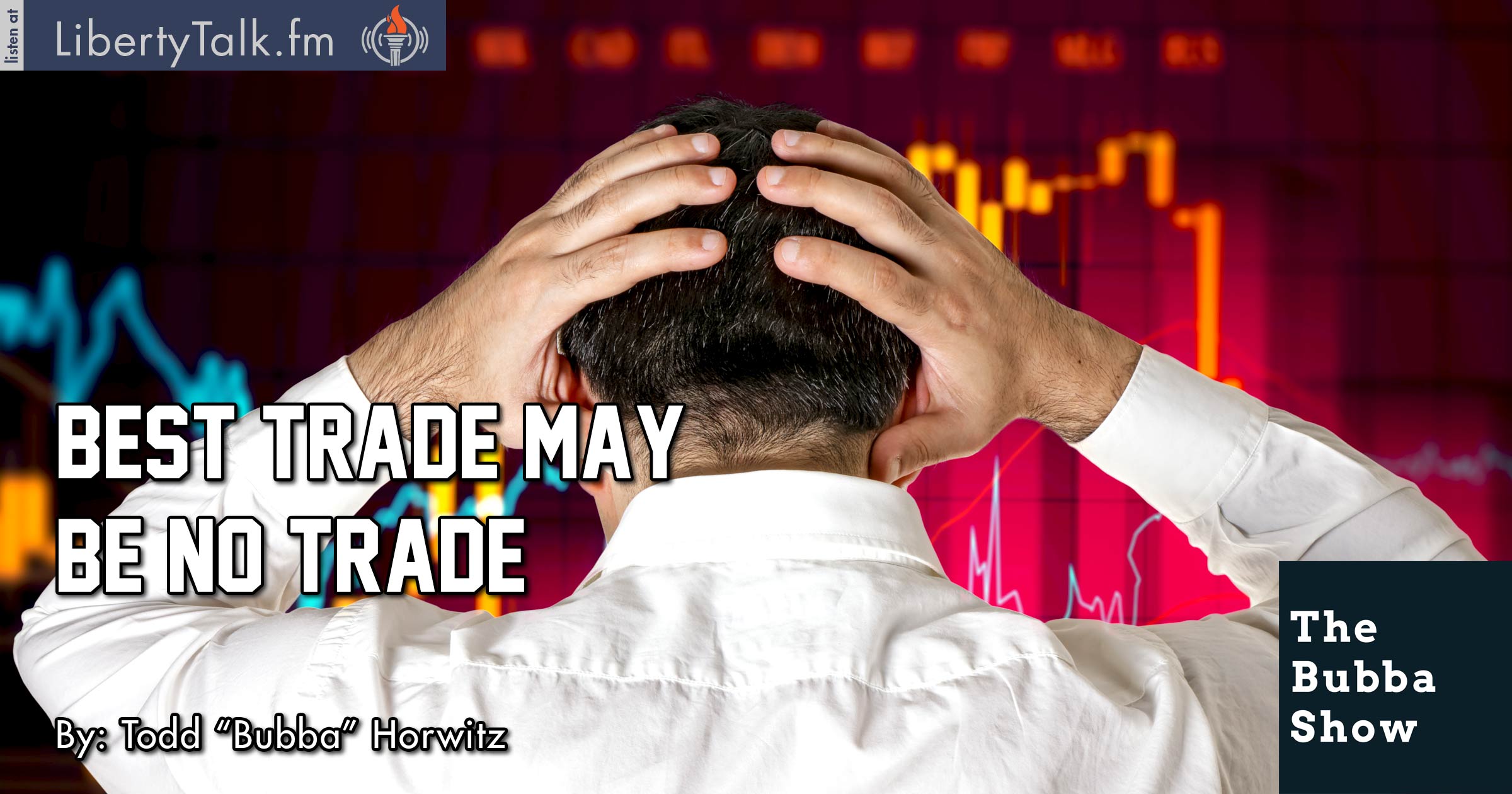 Today on The Bubba Show, Bubba talks about the best trade for the rest of the year, which may be no trade. All indications are that the year is over and there is no edge to trading in the current market conditions. Bubba points out that if you are looking for investments, any time is fine. Though the warning is clear, if you trade and are wrong, you will have no chance to get out.

Bubba brings in Bill Whittle, Scott Ott, and Steve Green as they talk about the ridiculous actions of the liberals. They discuss how they have moved so far to the left, proclaiming that it is time for them to get over it. Bill comments on the lousy campaign plan by Hillary Clinton and asks, what else would you expect?

The conversation continues with the blame game and Hillary’s blaming of Obama for not reigning in FBI director Comey and Bill blaming Comey, but no one blaming themselves. Interesting how they cannot look in the mirror and accept the blame for their ineptness and lack of direction. Bill points out that they spent more time raising money than being with the people.

The last political segment of 2016 and Bubba rips into the idiots on both sides of the aisle, but really expresses his disdain for “affordable” Nancy Pelosi, and the freeloader I- never-had-a-real-job Bernie Sanders. Bubba thinks it should be a requirement of all public servants that they have to have had a real job before they can legislate stealing from the people.