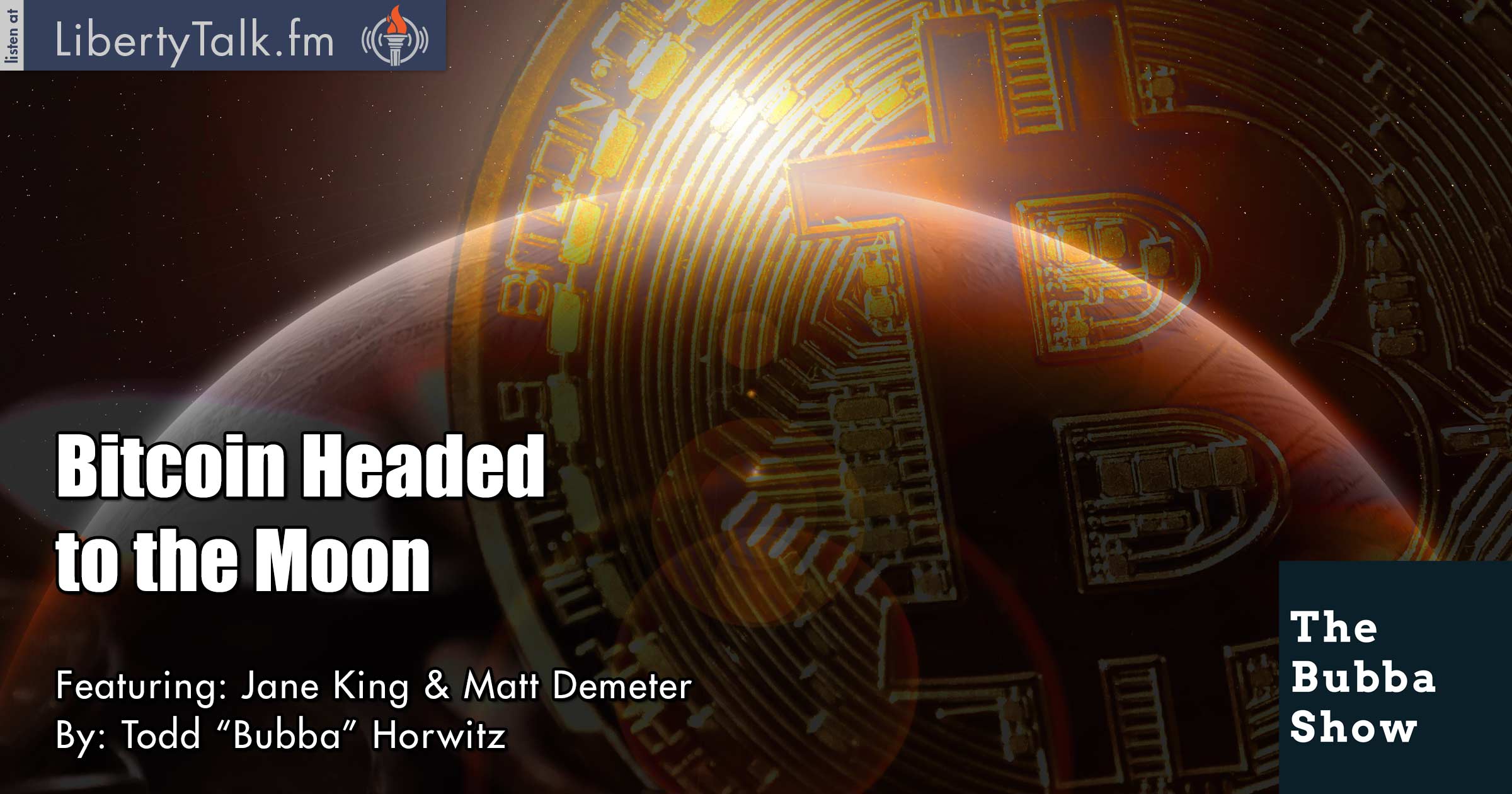 Today on The Bubba Show, Bubba talks about the college football beatdown of Penn State and Ohio State over the weekend. Laughing at the glowing jobs number, Bubba calls it BS. Between the jobs number, tax plan and new FED chair, the markets continue to make new highs.

Jane King from LilaMax Media and author of the KaChing Report joins Bubba for her weekly visit to discuss the new tax plan. Jane shows some excitement but wants to know more, while Bubba asks why the Russell is having an adverse reaction to the plan.

Matt Demeter from DemeterResearch.com stops by for his weekly visit and talks to Bubba about the market highs. Matt has consistently called for new highs in the Nasdaq and is looking for weakness in the Russell and the Dow. Matt says the currencies should rally a little, as he is bullish the dollar.

Bitcoin is on fire, trading over 7000 and Bubba asks if this is a bubble. Matt says it may very well be a bubble, but he believes that it will trade 8000. Bubba and Matt talk about oil and both are very bearish. Matt has called for 56 as the level to sell and it has now reached that level.