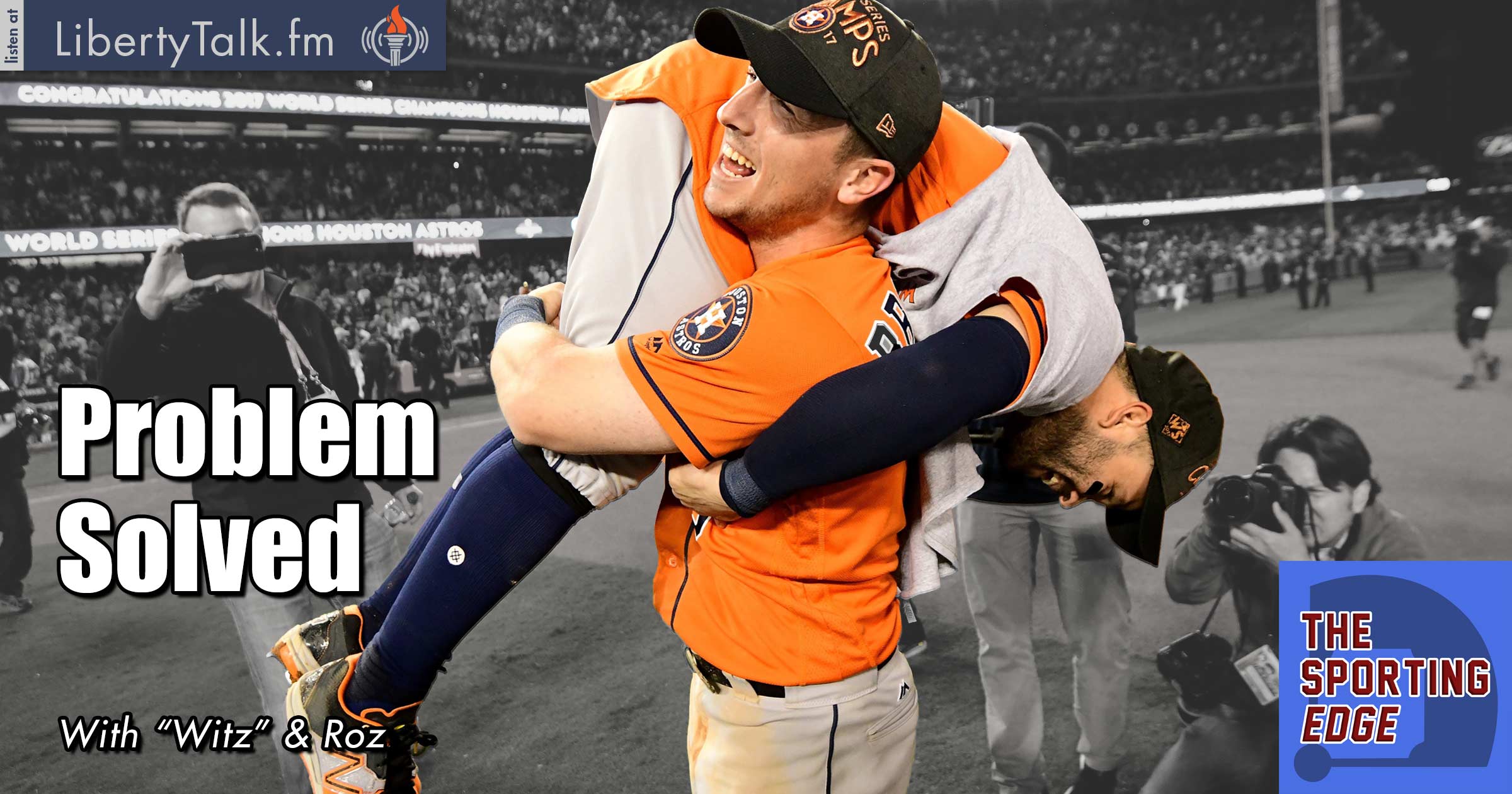 Astros Go All the Way!

This week on The Sporting Edge, Witz and Roz break down the epic World Series between the L.A. Dodgers and the Houston Astros. It took 7 games to decide a winner and the Astros walked away with their first championship ever. George Springer led the charge for the Astros and was named the MVP for the series as he set multiple records for extra base hits. Clayton Kershaw came up short once again, though he pitched pretty well for most of the series. Yu Darvish was a killer for the Dodgers and couldn’t get through 4 total innings in two starts.

The first playoff ranking for college football came out this week and it was surprisingly not Alabama who took the top spot. The Georgia Bulldogs are your number one team in the nation according to the computer and Notre Dame and Clemson round out the top four. Penn State’s playoff hopes took a major hit last Saturday as they dropped a thriller to Ohio State in Columbus. Oklahoma finds itself right back in the mix of things and is currently ranked #5.

The NFL continues to baffle everyone involved and there is not one clear cut best team in the league. Deshaun Watson headlined the news this week as he unfortunately is out for the season with a torn ACL. With J.J. Watt also lost to a season-ending injury, the Texans find themselves in a very tough spot. The Jets continue to surprise as they dismantled the Bills on TNF. The Broncos are making a QB switch to none other than Brock Osweiler.

Witz and Roz are both eating their words about Ben Simmons as the rookie is putting on a show. He is the clear-cut favorite for ROY as of now. The Cavaliers are struggling mightily and talks of where LeBron might go in 2018 are starting to get loud. The Grizzlies are showing major signs of life and find themselves atop the CBS Sports NBA power rankings. Stay tuned for more analysis next week!