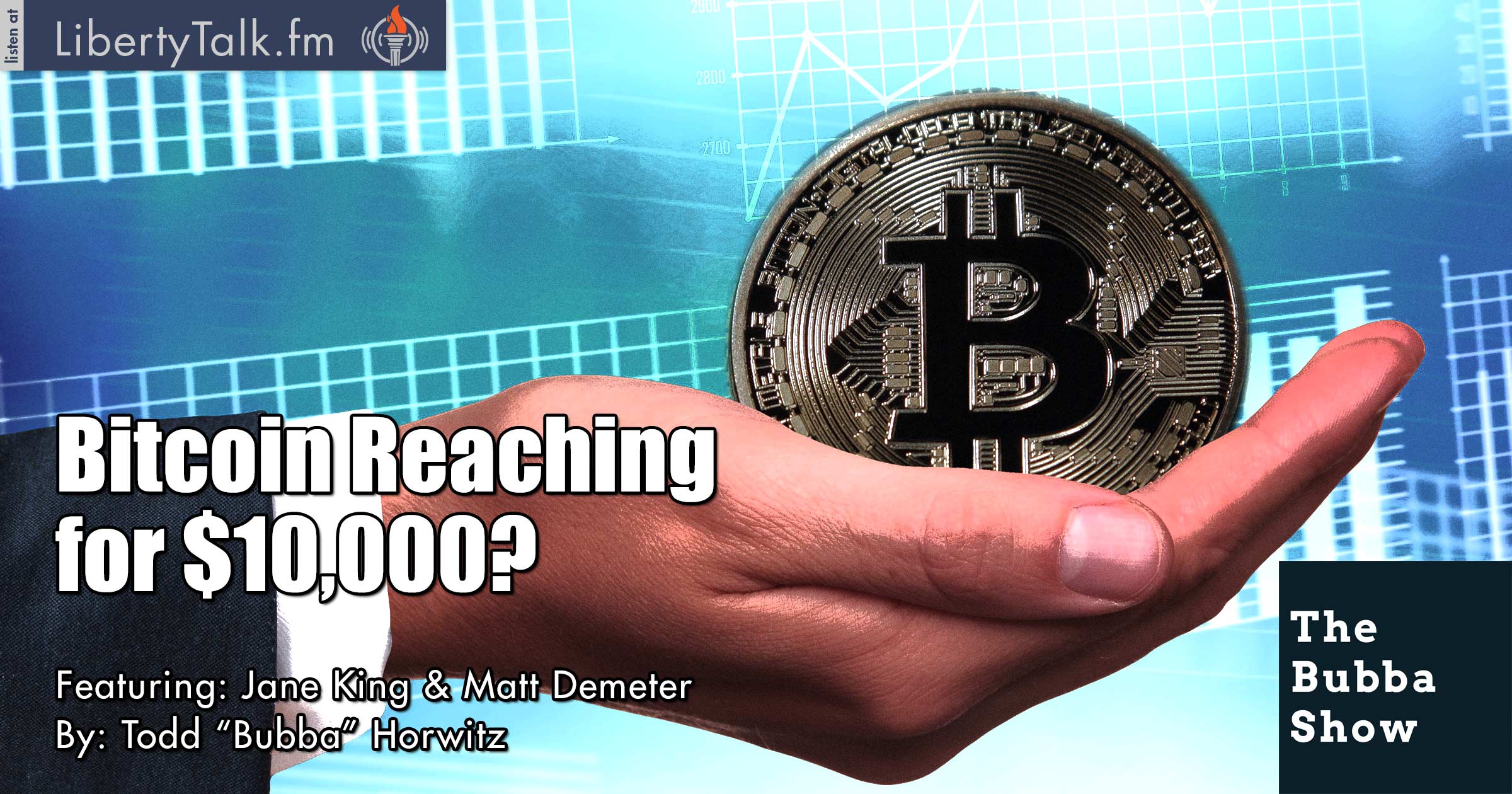 Markets continue to make new highs, as the 2-week correction comes to a halt. Bubba talks about the big con game going on within the House and Senate. Markets do not care about anything but the money, which is why Bubba always says the key is to follow the money.

Jane King from LilaMax Media and author of the KaChing report is here for her weekly visit. Bubba and Jane discuss education and how the school systems continue to fall behind, lacking the capacity to educate our children. The common core curriculum is leading to common failure among our youth.

The Bubba Show’s technical expert, Matt Demeter, from DemeterResearch.com comes by next for his weekly chat and talks about his views on the Nasdaq, which Matt expects to hit 8000. Matt feels that this week should be a small down week or at least a week that will consolidate.

Cryptocurrency is next up, as Bubba and Matt discuss the wild moves in Bitcoin and Ethereum. Matt, who actively trades in the crypto space, says the markets are a little bubbly, but long-term he is a huge fan. He believes the Bitcoin is a little overbought here but sees 10,000 on the horizon.