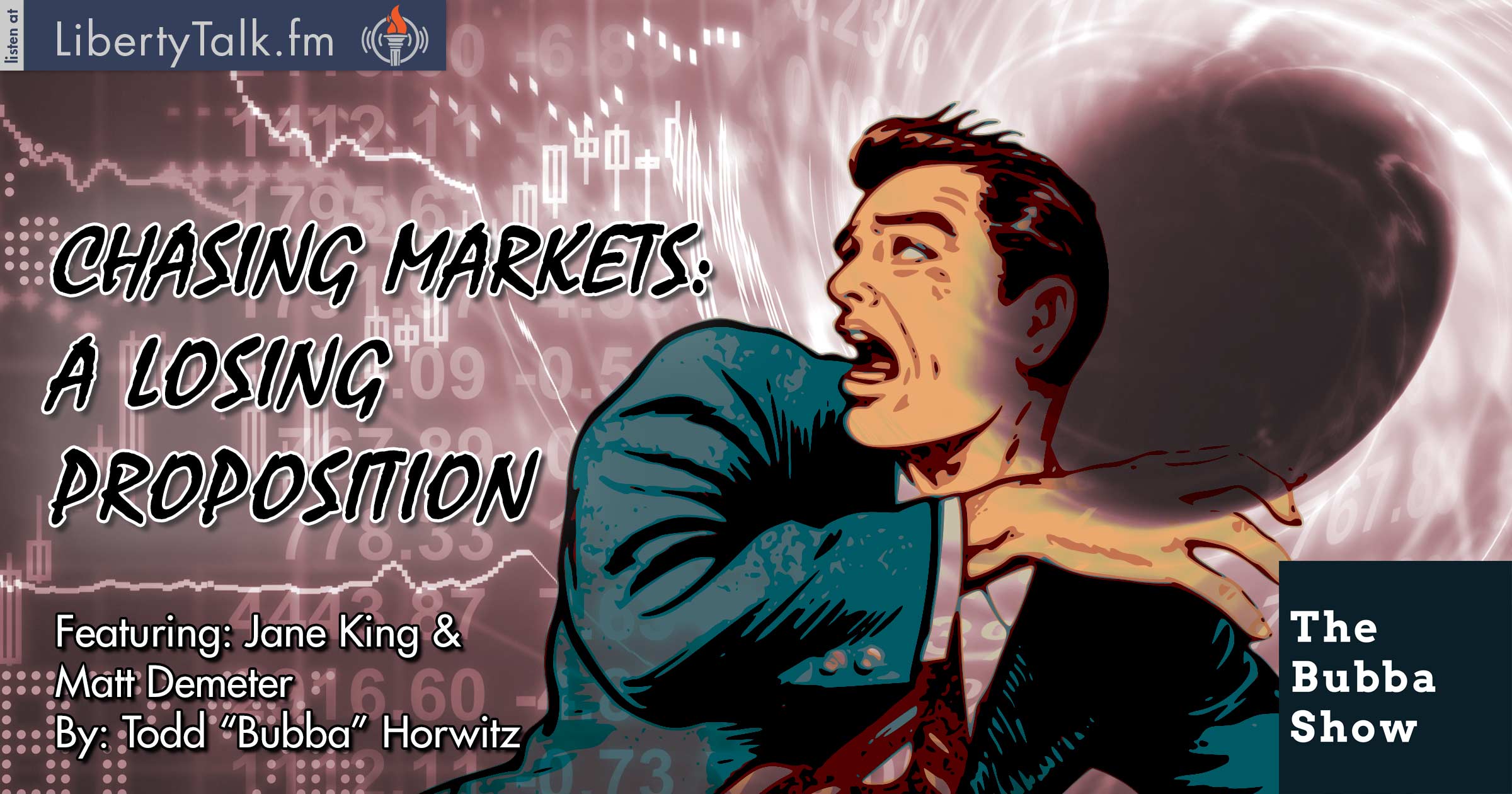 Today on The Bubba Show, Bubba gives his take on markets while talking about how ridiculously slow trading has been. Bubba also points out that it is the middle of summer, traditionally a slow time in markets. Bubba shares some stories from his career in trading and discusses the importance of being protected and remaining calm in all markets, explaining that chasing markets in either direction is a losing proposition.

It is time for the one the only Jane King as she makes her weekly visit. Bubba asks Jane about her family in the Midwest and how things are going on the farm. Jane explains that it has been a tough year and that although the USDA report showed great yields, the family farm is not seeing what was reported. Bubba and Jane also talk about the future of farming.

Matt Demeter joins Bubba for the second half of the show. They discuss the lack of activity in the markets and the challenge of trading when there is no volatility. Matt asserts that for his style of trade it does not matter, as his technical expertise will always dominate his decision-making. Matt says that they remain short the markets.

Bubba asks Matt go on to discuss commercial traders and their positions. Matt explains that the commercials and the banks are accumulating short positions in record numbers and the smart money is either getting out or short. Next, Matt and Bubba get into the agricultural space. Both believe that wheat and corn are a buy, while beans are still in a range. In livestock, both are looking to buy the hog market.