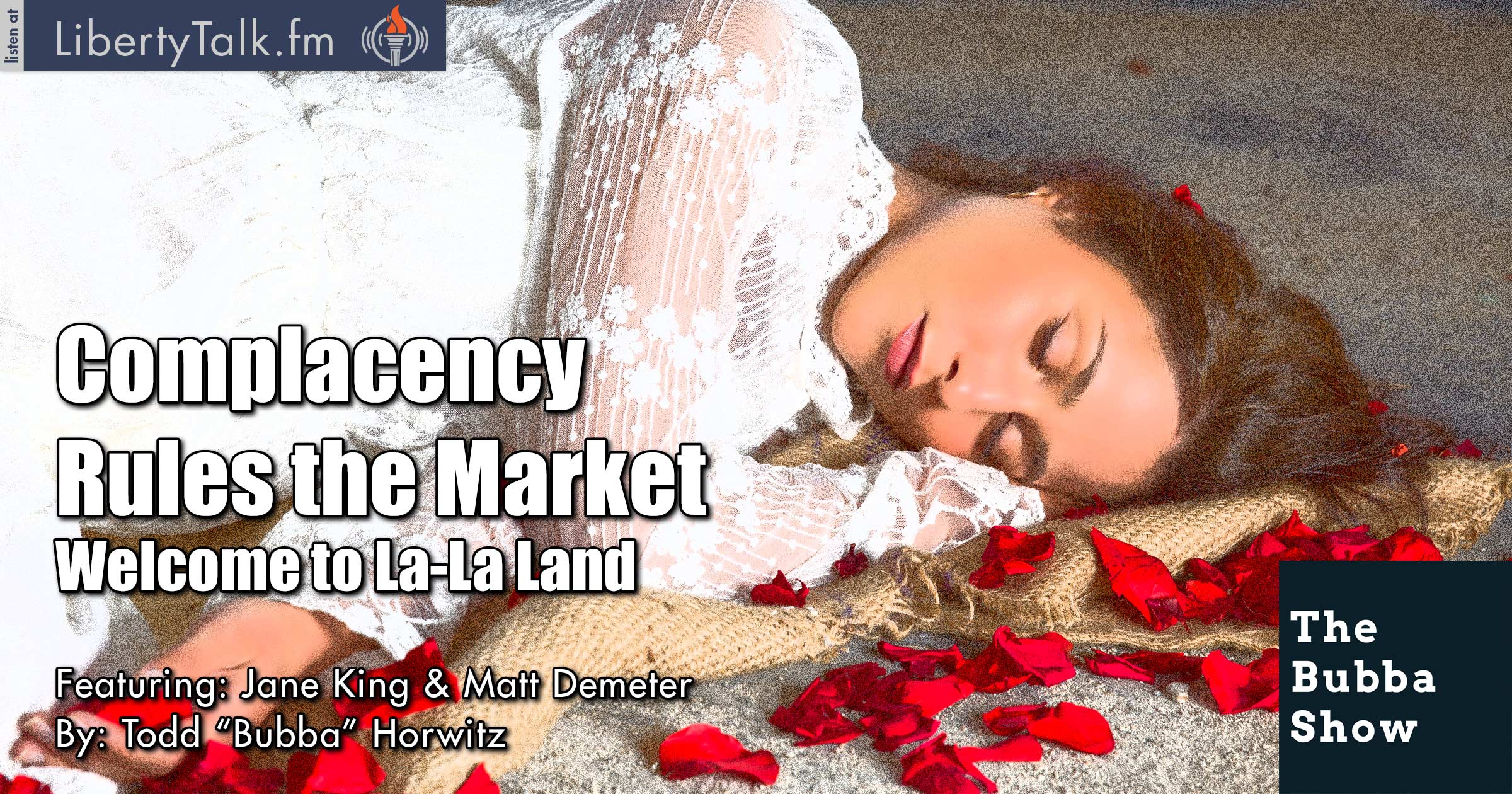 Back to work on this fine Monday and the markets are still in La-La Land, with not a care in the world, it seems markets may never go down again. Bubba points out that this is a familiar pattern as seen in every major bubble in history. The confidence level is bursting as investors display their willingness to buy on margin. Complacency is in charge and will be the reason for the next big selloff.

Matt Demeter from DemeterResearch.com joins Bubba for his weekly market view and technical analysis. Matt is looking for the markets to rally a little, which will be just another selling opportunity. Bubba asks Matt about the Commitment of Traders Report and where they stand on volatility futures. Matt tells Bubba they still have a big position but have reduced it by a small percentage.

Bubba and Matt talk oil and commodities. Bubba is still bearish on oil, targeting $44 as a place to buy. Bubba asks Matt about the movement in the livestock markets. Bubba is bearish cattle and bullish hogs, while Matt is just the opposite. Both like wheat and look for the dollar to fall hard.