Donna Fiducia and Don Neuen join Dr. George to discuss the current political and “social distancing” environment we as a people presently find ourselves enduring in America. In addition, the trio speak to how the Silicon Valley socialist social media club of Big Tech and old FCC licensed media use Saul Alinsky’s Rules for Radicals, to consolidate power and control the narrative. Such is a long held desire by these self-appointed elites to dictate and control behavior unto the “woke” church of Cultural Marxism.

Cultural Marxism is a Disease and Individual Liberty is the Cure

Cultural Marxism is a cancer that seeks to burn down a free society to remake such in to their view of “utopia.” However, and hence why Marxists despise history the record is clear: no matter the flavor of authoritarianism profferred as the solution, i.e. Socialism, Communism, Fascism, Progressivism, the end result of such a prescription for humanity forever ends in mass murder, starvation, and collapse.

Importantly, following the utter failure of the philosophy via the “National Socialists” i.e. NAZIs, academics sought to re-brand the movement in hopes of shedding the murderous reputation gained through the first half of the Twentieth Century. Thereto, the “Founding Fathers” of this re-branding, French philosophers Jacques Derrida and Michel Foucault looked to re-cast the struggle into wider terms capable of entrapping society as a whole, i.e. from Worker -v- Management to Oppressed -v- Oppressor. The new name for this same old failed philosophy: Post Modernism.

About Don Neuen and Donna Fiducia of Cowboy Logic Radio 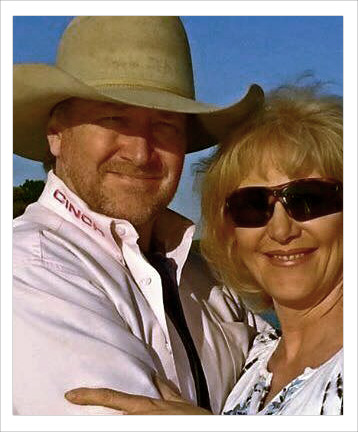 In 2008 Don Neuen, a constitutional conservative, took to social media so as to showcase his rants and raves , i.e. Cowboy Logic, with many going on to become exceedingly popular in reach just as social media started to weave its way into American life. Specifically, in the early days of Facebook it was not uncommon for threads & discussion posts to span several days and even sometimes weeks especially when it came to highly contentious issues of the day such as the Fast & Furious, the Affordable Care Act, and many more that marked the Obama Administration’s time in office.
Thereafter, in early 2013, Neuen and the love of his life, Donna Fiducia former Fox News Channel Anchor, found themselves screaming at the television together in utter disgust unto the country’s then present state of affairs. From that point, the pair decided to start their own Internet based radio show and hence: Cowboy Logic Radio was born.