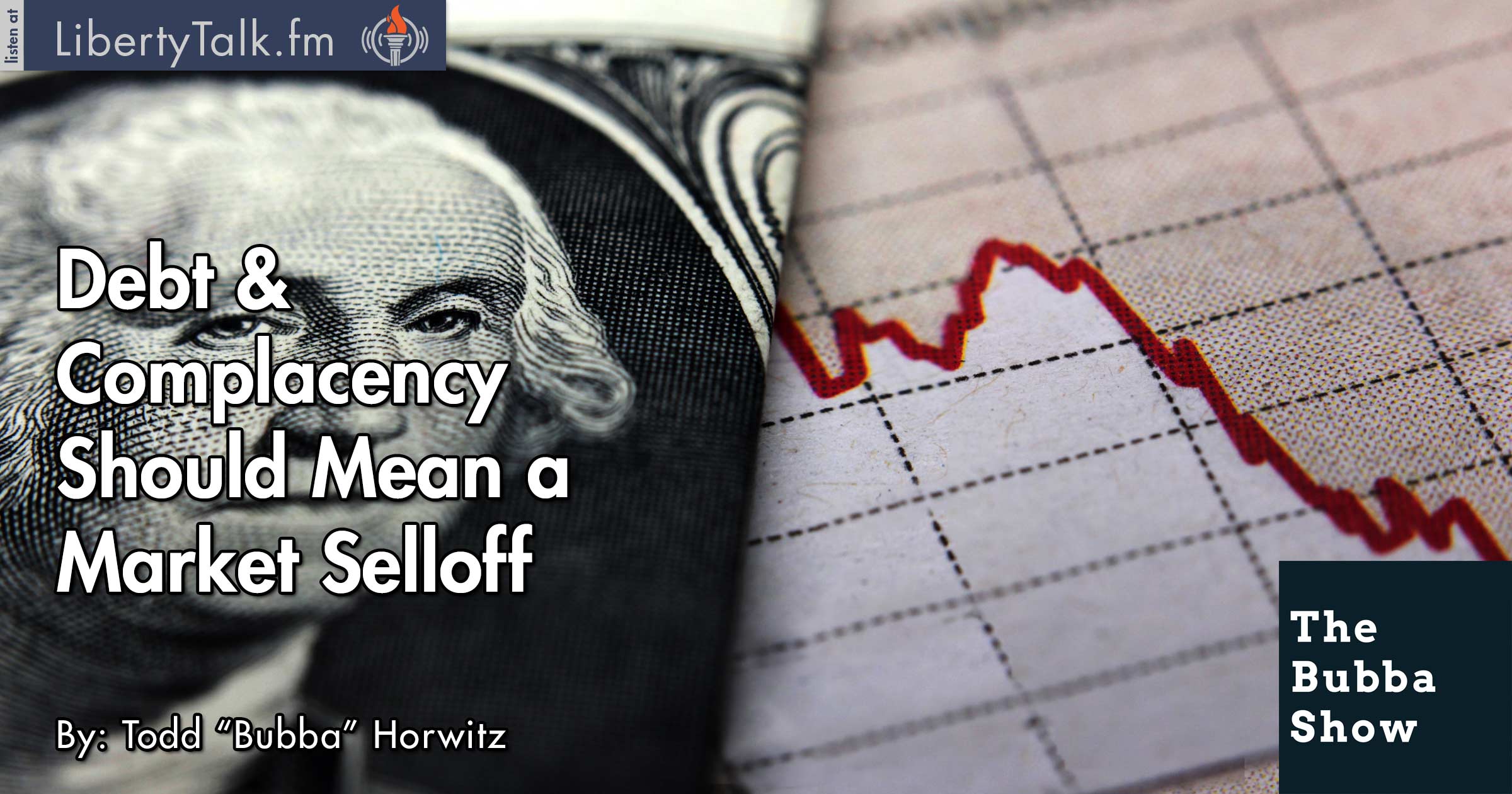 Every Piece of Good News is Already Priced In

The markets are finally starting to get a little more action and trade, although volatility is still missing, there is hope it is coming back which begins first with price movement. Bubba feels the top is in and that the markets may not sell off right away, but should not go much higher. Complacency is always the end of a rally and this time should not be different.

Bubba talks about the reasons for a selloff and how markets reached this point. The debt has reached levels higher than the debt in 2008. There is a much different tone to the debt now and that is the value of the assets in 2008 held a value and had a chance to recover. Today’s debt is all air and either student or auto debt.

The economy is in trouble. Bubba talks about the problems with the House and the Senate and their inability to agree on helping Trump get the job done. Both parties are a disappointment, as it becomes obvious they are only in it for themselves. All of Trump’s ideas are solid and could really help the economy, but he is getting too much pushback from both parties.

Bubba explains why he believes the market top is in and why every piece of good news has already been priced into the market. Even if Trump’s promises do get fulfilled, the markets have assumed that and that will lead to a selloff. Either way, the markets should sell off.