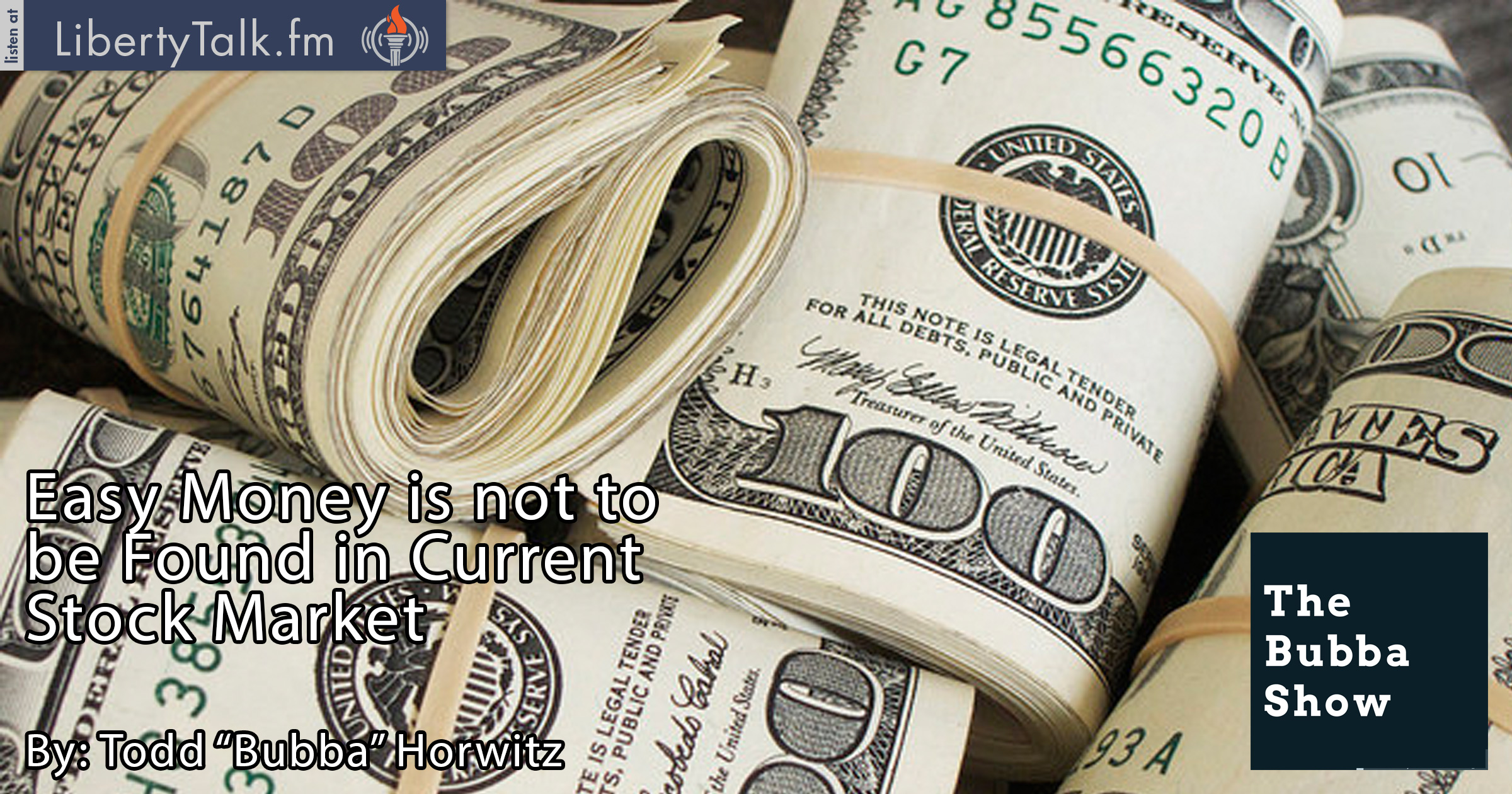 Now is Not the Time for Investors to Seek Easy Money

Today on The Bubba Show, Todd comments on how markets seemingly no longer react to the news cycle. Whereas the economy is showing signs of reaching a Quantitative Easing handicapped top, such as the example of luxury apartments in New York selling at all time high pricing. Some investors and traders are attempting to coming into the market late in hopes of scoring some easy money but there is no such thing as a free lunch so to speak and markets are poised to decline precipitously as volatility increases during the final calendar quarter of 2015.

Further, those hoping that a Chinese stimulus will spur an opportunity for easy money profit taking, is to ignore the larger slow down in the global economy.