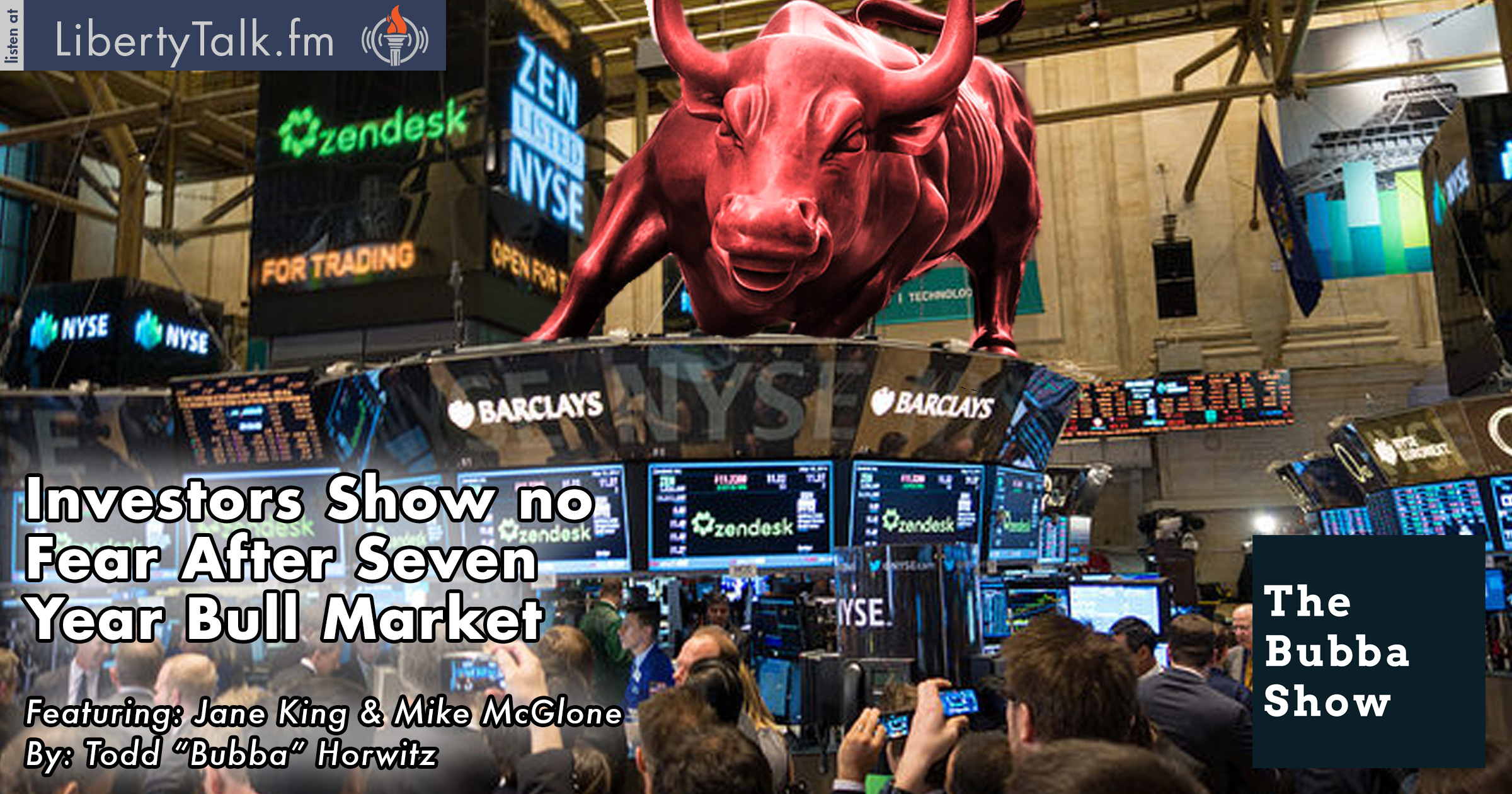 Fundamentals are Bearish but Markets Continue to Rally

Today on The Bubba Show, Todd comments on the current market conditions and how the FED has manipulated the markets with QE programs. Since they have removed all other conventional forms of investing it is creating an asset bubble in the equity markets. Investors have become spoiled by the seven year bull market and show no signs of fear. Every time the market sells off, dip buyers are there to stop the selloff.

Bubba introduces Jane King. Bubba and Jane discuss the Republican debate from Wednesday and they both agree that CNBC didn’t do a good job of the presentation. They comment that the debate was everywhere and it was obvious the liberal biases of the moderators tried to stir up the pot. Jane thinks there are only two networks that understand business, that is Fox Business and Bloomberg, Bloomberg her prior employer is a distant second.

Bubba introduces Mike McGlone of ETF securities. Mike and Bubba discuss the price action after the FED announcement on interest rates. Mike thinks the price action reminds him of 2007, the fundamentals are bearish but the market continues to rally. He feels the unemployment number next Friday will go a long way to determine what the FED will do. Mike is bothered by the negative retail sales numbers and he’s worried on how the markets will react.

Bubba comments that no matter what the equity markets are doing he doesn’t see any growth. Mike agrees it is a problem he thinks that historically there is a correlation between GDP growth and the value of equities based on that metric the stock market and it is overvalued right now. He feels that it will be very hard to continue to produce the kind of returns of the last six years and he believes a correction is on the horizon.