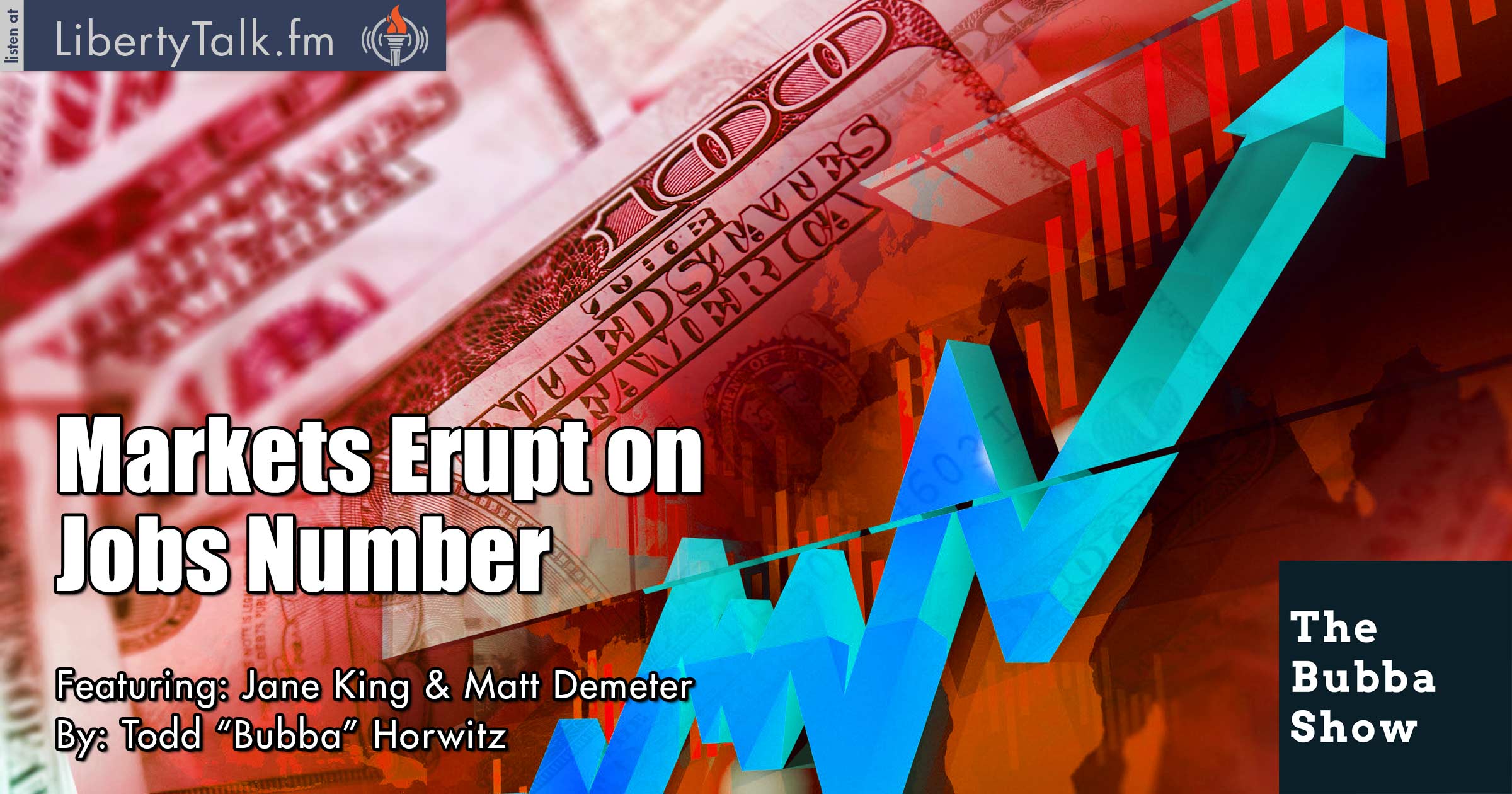 The markets are insane. Friday’s jobs number was fair, although the media is drooling over the headline number. The NASDAQ broke out to new all-time highs, but volume was pathetic, trading at just 50% of what has been the norm. Bubba still believes the tops are in, but we have to watch the action here.

Jane King from LilaMax Media and Author of the KaChing Report joins Bubba for her weekly visit. Jane and Bubba discuss the importance of financial literacy and why it’s so important to teach it to kids when they are young. There is too much theory and not enough common sense in our current system.

Matt Demeter from DemeterResearch.com joins Bubba to discuss the cryptocurrencies. Matt, who actively trades cryptos, talks about the future and how he sees the market. Matt expects a little more pressure on the digital currencies, but also sees them going much higher.

Bubba and Matt discuss the markets, as well as Matt’s call for 8000 in the Nasdaq from a few weeks ago. Matt believes that there is a chance that the Nasdaq still hits the 8000 level before a big selloff. Matt and Bubba close the show discussing gold, oil and currencies.