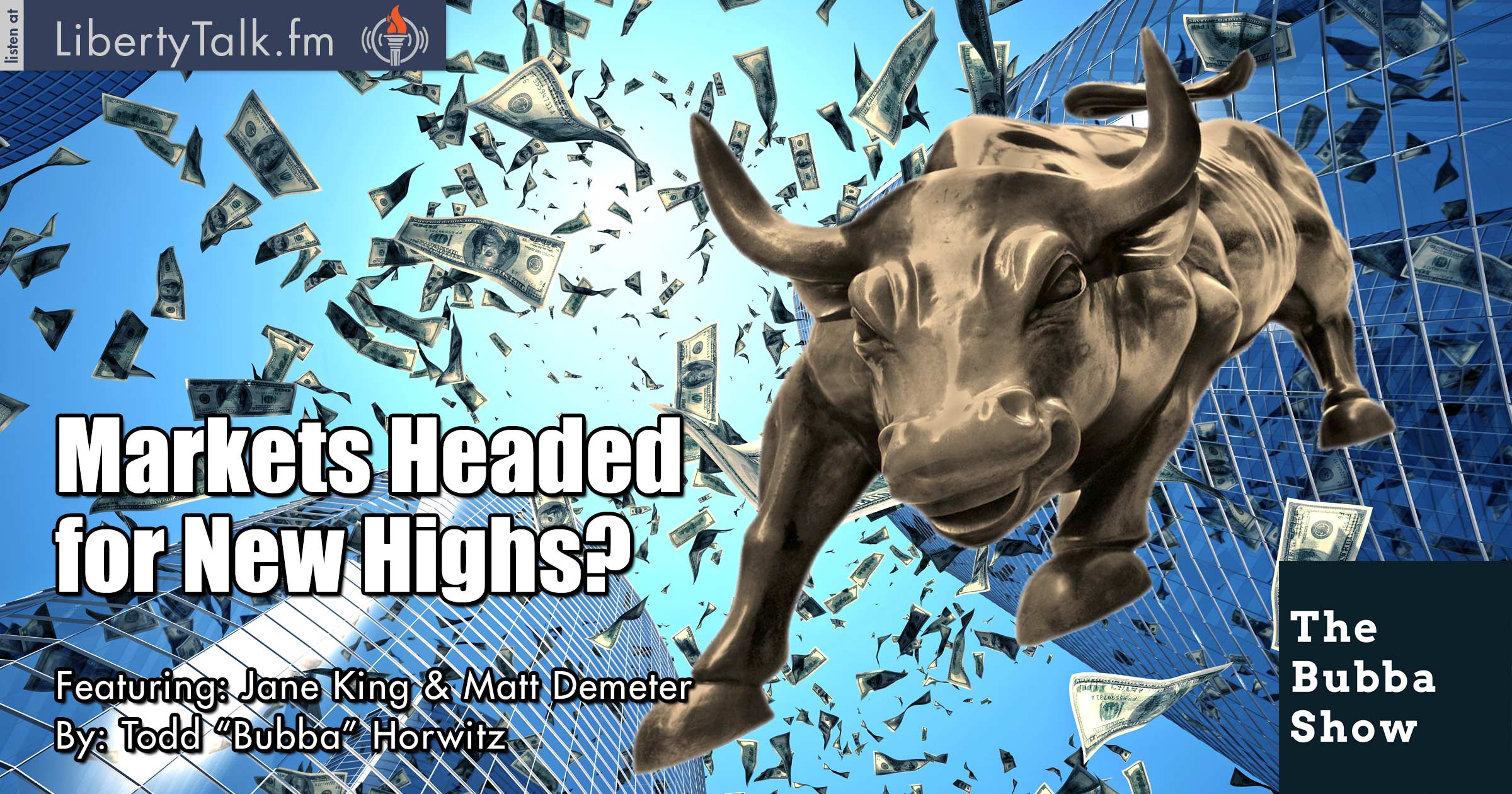 Bitcoin Makes Another Run Up

After a weekend of big upsets in college football and the Cubs losing two games to the Dodgers, Bubba is back and ready for another week in markets. Today on The Bubba Show, Bubba talks about the bank earnings that came out on Thursday and Friday, and simply states that the results are not as good as they appear. The basic facts are that trading revenue is down, while credit card debt rises, creating an ugly mix.

Jane King from LilaMax Media and author of the KaChing Report, which can be found at BubbaTrading.com every Friday is back for her weekly visit. Jane talks about her business and the new health care executive order signed by President Trump last week. Jane is excited about the ability to hire more people, especially if the health care plans change.

Matt Demeter from DemeterResearch.com joins Bubba to discuss markets from the technical side, the lack of action in the markets, and what might change the current environment. Matt’s analysis suggests the markets have new highs coming, but Matt also discusses some of the factors that scare him. Markets are overbought and commercials continue to buy VIX futures in record numbers.

Bubba and Matt discuss Bitcoin and its recent run to 6000. Matt charts and owns Bitcoin and suggested a buy when Bitcoin broke down to 2900. Now he is looking for a pullback to 4400 to step in again. Matt and Bubba talk agricultural markets and the big break out in soybeans last week.