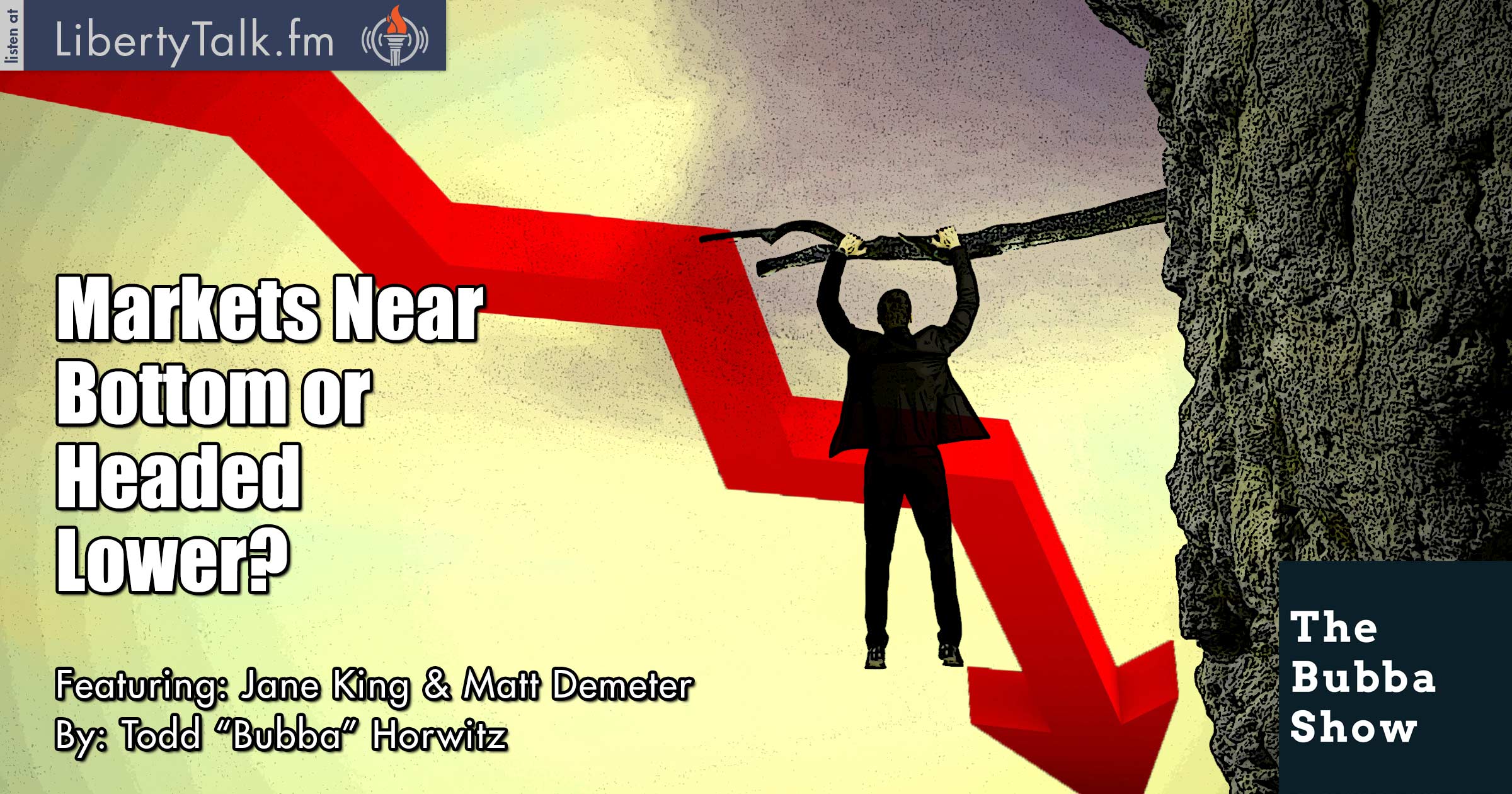 The markets opened much higher on Monday and Bubba feels that this is just another selling opportunity. The stock market pundits and advisers are busy chirping about today’s strength, while Bubba believes the markets are still headed much lower.

Jane King from LilaMax Media and author of the KaChing report joins Bubba for their weekly discussion. Bubba and Jane talk about the recent market sell-off and how far they think it can go. Jane feels that the markets are near bottom, while Bubba feels there is more room to the downside.

Bubba asks Matt about oil and the bond market. Matt agrees with Bubba that both have peaked, and should work their way lower. Bubba also asks Matt to explain the relationship between gold and cryptocurrency.