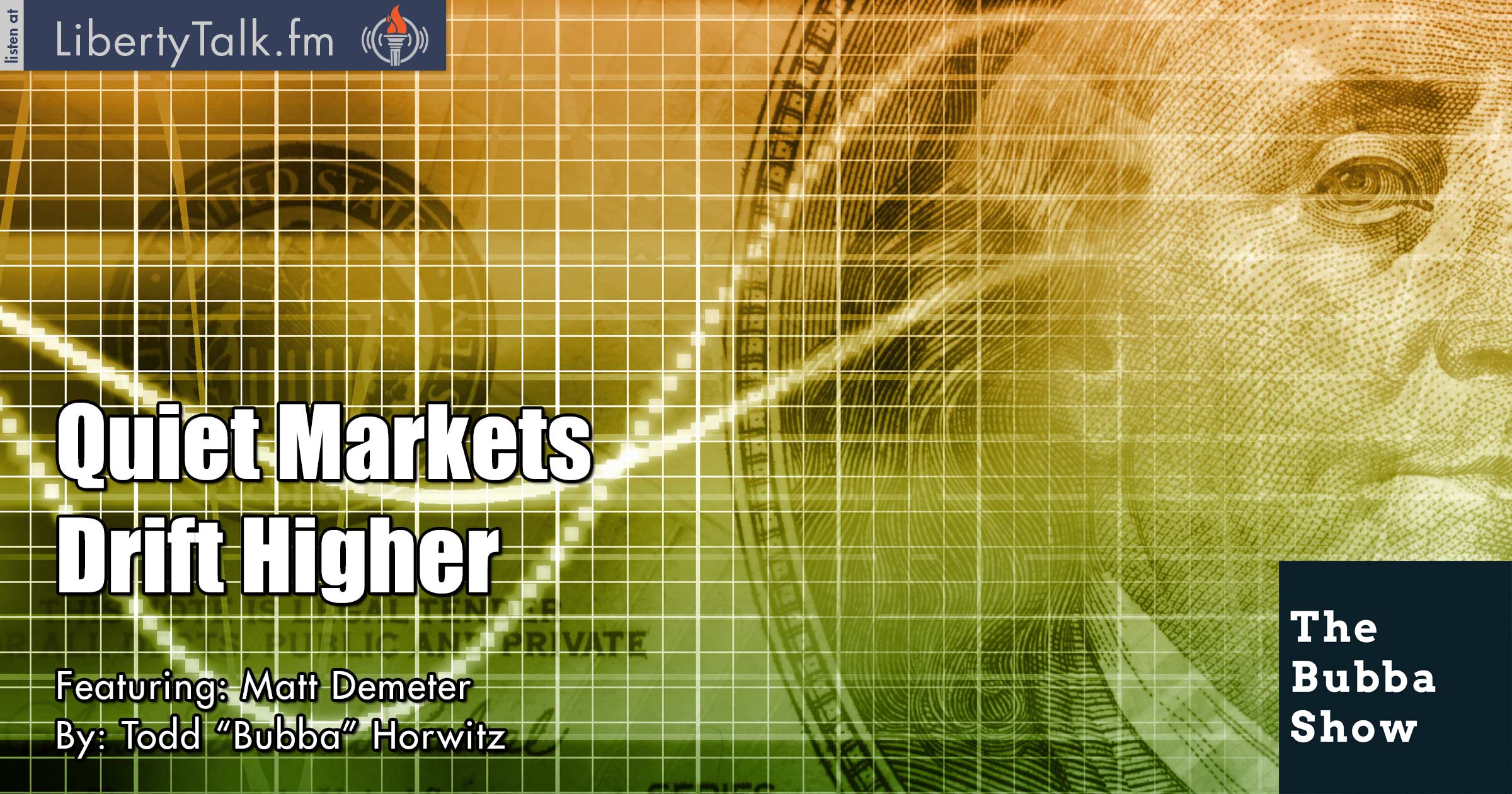 Bubba is back in the saddle! Today, on the show, Bubba talks about his experience in Las Vegas, as well as the markets and their continuation of making new high after new high with no volume or volatility. The markets are searching for a reason to sell off and at this point, no one knows what it will be or when it will be.

Rural Rally radio is the next stop for Bubba as he talks with Marlin Bohling about the agricultural space. Bubba tells Marlin that commodity markets are struggling, but should start to work higher. Commodities are under pressure, not so much because of the dollar, but more because of the monetary policy.

Matt Demeter from DemeterResearch.com joins Bubba for his weekly visit. Matt is The Bubba Show’s technical expert and he expresses his frustration on how the markets have been trading. Matt now believes the markets can breakout to the upside after a pullback from the overbought conditions.

Bitcoin and Gold are two things that both Bubba and Matt believe compete for consumer dollars. Bubba asks Matt about the grains and agricultural space and what he expects to happen next.