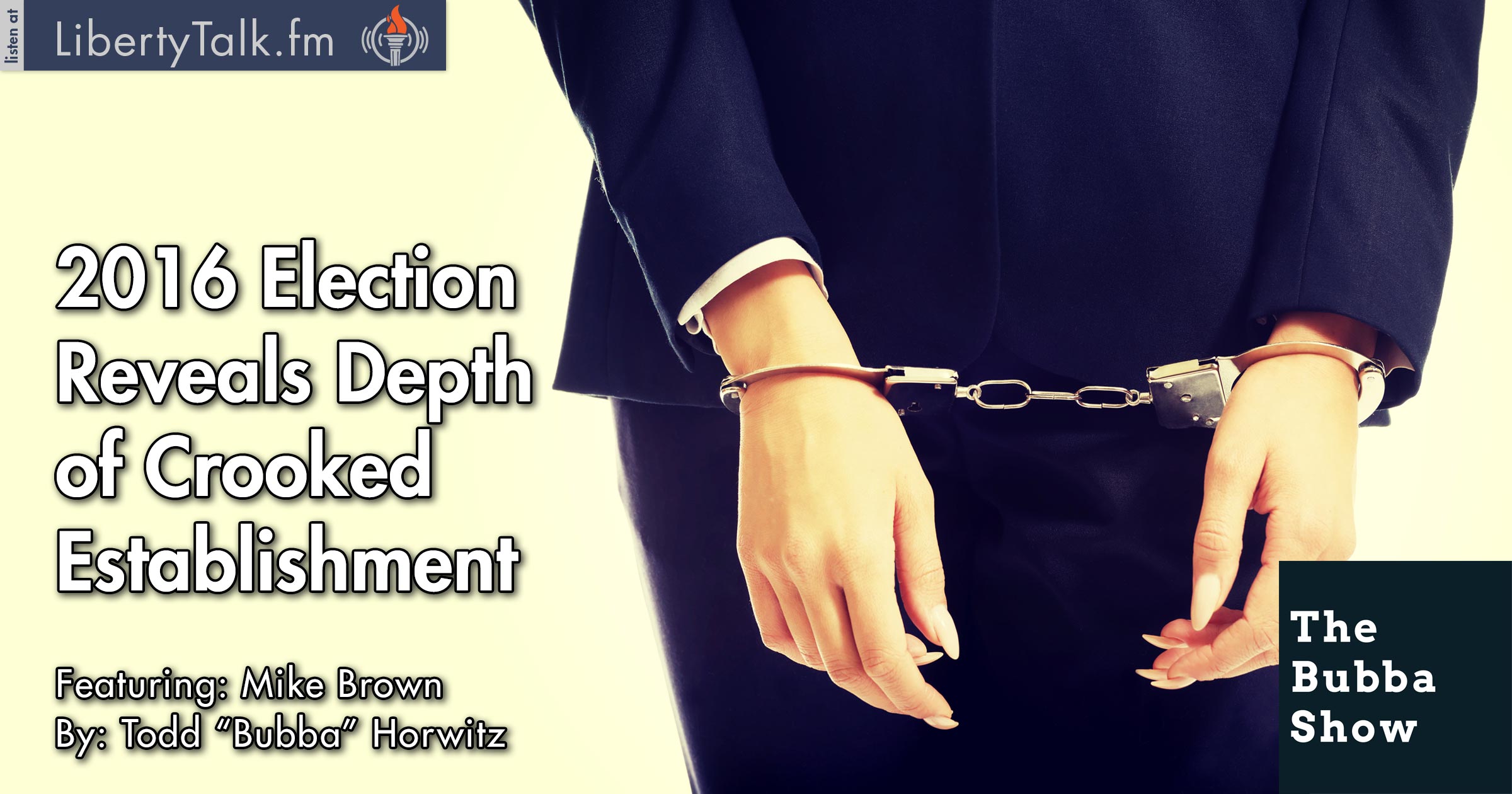 FED, Banks and Career Politicians are Destroying US

With the election now only 6 days away, Bubba calls on Mike Brown from Brown Capital to get his views on the election, the markets and what it all could mean. Bubba asks Mike about the candidates, though Mike favors Trump, he always gives a straight perspective. Mike’s views are simple; the country needs change, not more of the same establishment senselessness.

Mike and Bubba talk discuss the personalities of the two candidates. Both candidates are flawed and it seems that the vote is not in favor of one candidate, but against the other. Bubba asks Mike about the “locker room talk” as deemed by Trump, which both think is bad, but find that Hillary’s destruction of the women that Bill had his flings with indicates that Hillary herself is no champion to women.

The hardest question to answer is, how can a crook be elected to the president of the United States of America? Bubba asks Mike if he believes despite all of Trump’s flaws, can he make change? Both Mike and Bubba agree that Trump is running to make change in government because he is not a career politician, and other than his ego, there is nothing in it for him.

Career politicians have proven the worst for this country because of the special interest groups that they represent. The FED, the Banks and the career politicians are destroying this country with all their policies and shady dealings. America needs change, there are enough crooks in Washington, and more of the same will wipe out the average American.