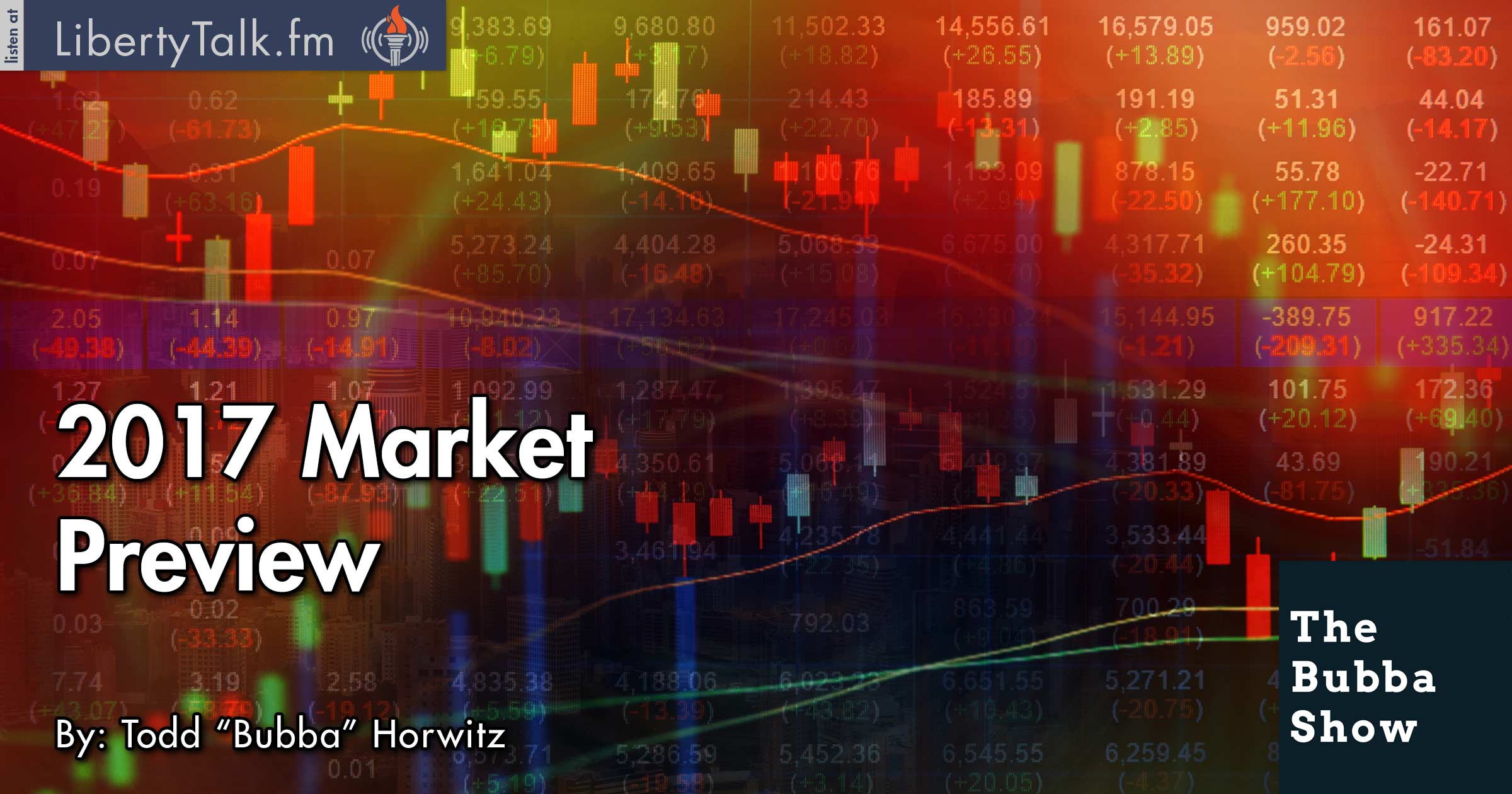 Dow Will Hit 20K, But Will Not Matter

Bubba continues previewing the markets going forward and comments on the FOMC minutes that came out on Wednesday. Bubba talks about the worthless FED and the damage they have done. The Central Bankers are next up on the preview of 2017 and Bubba shows his disgust for what they have done to the economy globally and asks why nobody looks to Japan as an example of disastrous QE programs.

Next up is the impending catastrophe of all the entitlement programs. Debt is at record highs, along with food stamps, money printing and that wonderful Obamacare. Coinciding with the debt, are lackluster low-paying jobs and a labor participation rate at 40-year lows. Incomes have fallen, along with home ownership, but we do have low interest rates.

Federal Debt is huge, but the only conversation you will hear on air is about the Russian hackers supposedly stealing the election. The democrats are making it seem as though no one has ever been hacked, a practice that goes on every day. As buybacks have slowed and the dollar is soaring, Bubba feels that 2017 will be the year to pay the piper.

“So goes January” as the saying goes, except it does not work enough to make any money on it. Bubba asserts that the Dow will hit 20K, but ultimately it does not matter. Bubba warns that the markets are overshooting the mark of what Trump will actually be able to get done and that as always, the retail investors are piling in too late.