I hope you shall forgive the verbose length of this entry. However it is my hope that among you there are those who recognize the present crisis to wit we now find ourselves in our beloved Indiana is one that portends a fork in the road.

Presently we are operating under an extra-constitutional Medical Martial Law, via the governor’s unconstitutional Executive Order 20-08 known colloquially as the “Stay at Home Order.”

This order claimed by the governor, is a direct assault upon our Natural Rights as bestowed by the Creator. More specifically Governor Holcomb claims said authority through the Indiana Code, i.e. the state’s general law, for the governor has no such power granted constitutionally through Article V, as means to be able to usurp the Indiana Constitution, not even in emergency, save for moving the capitol so as to secure the continuation of civil government: 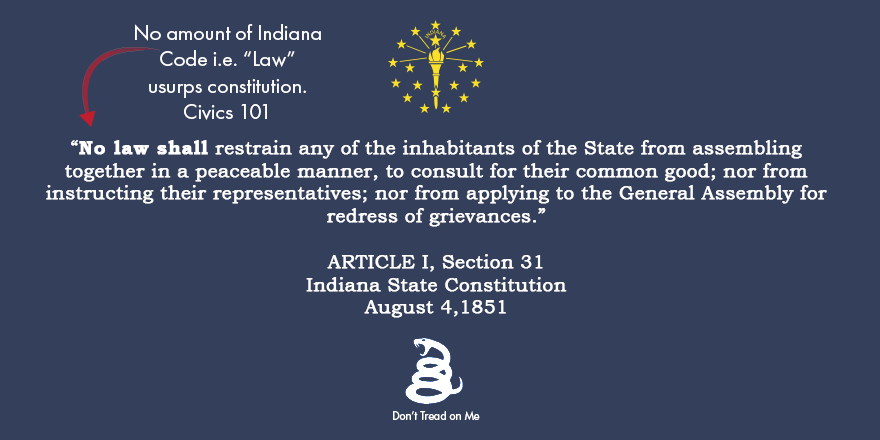 Such specious reasoning by the governor is plain, for it is Civics 101 that the Natural Rights enumerated & enshrined within our state’s foundational document can only be altered through Amendment. Surely the governor knows such, and thus all the more worrisome his actions thus far.

At the conclusion of the April 8, 2020 daily COVID-19 press briefing from the Governor’s Office, he intimated employing the Indiana State Police to break up by force those gathering to worship publicly for Easter this Sunday.

When you Need to Forcibly Remove Your Citizens from their Homes,

Turn to the Team of Cox & Box

Further, and prior to EO 20-08, he implemented Indiana Executive Order 20-04 an order so sinister and antithetical to American Jurisprudence that its imposition is unfathomable. 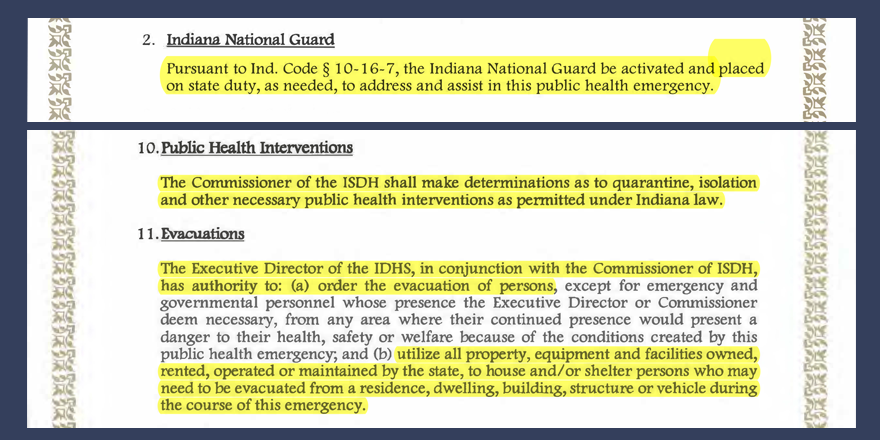 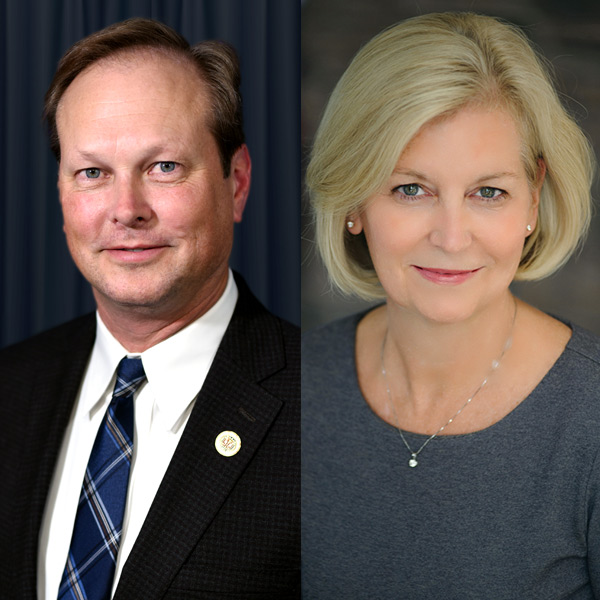 These two un-elected bureaucrats appointed by the governor get to decide whether to utilize the Indiana National Guard to forcibly remove you from your home, you know… like the communists in China, cuz… COVID-1984.

Moreover, and perhaps most importantly, the narrative of COVID-19 continues to disintegrate daily with Washington “experts” having now revised down for a third time the total lethality, from a Fake News fear inducing original of 1-2 million dead, then down to 100,000-200,000, and now <65,000 which places it on par with the 2017-2018 flu season.

Further, estimates also indicate a stark reality: 1,000,000 million Hoosiers at risk of unemployment whilst the ISDH’s own models portend a total, and likely over-stated fatality of 4,000. It does then seem by their euphemistic “Flatten the Curve” they sincerely meant flattening the Middle-Class & larger economy in toto.

Fellow Hoosiers, I wish such pronouncement was still easily cast aside as conspiracy, but the words are on the paper, and here we sit, effectively on House Arrest via a governor wholly drunk on power and in clear violation to his Oath to uphold the Indiana State Constitution.

With 45 of 50 states already on some form of lock down via unconstitutional stay at home orders, none of our conditions shall improve if or when such flips to 50 out of 50.

Thus, it is a stark and painful realization as to the flaw in the thought process attached to the old quote of “None shall invade the American mainland, because behind every blade of grass is a rifle.”

The incremental flipping of each state amidst what now looks to be yet another over-hyped disease, Hoosiers at risk of being taken from their homes, all the while judicial activist groups are urging governors to release prisoners and cease prosecution of property crimes, such could only be birthed through & by the murderous mind of a communist, i.e. George Soros who heavily finances groups such as The Brennan Center for justice, the author of the letter sent to governors urging the aforementioned prisoner release on the sixth of April.

It is my belief through decades now of research and education immersed wholly as to the roots of the founding of the American Republic as well as the direct & varied influences of ancient Roman & Greek civilizations, that the totality of what we face in this “pandemic” is nothing less than a full frontal attack by Global Communists who seek to take down America as the first piece in altering the world order & as CBS reports the United Nation’s proposal for a New Global Currency.

Please read that last sentence again, and while easier to dismiss as hyperbolic editorial, the reality is plain. From MIT & Harvard extolling that we should be prepared for cyclical periods of “Social Distancing” to none other than Henry Kissinger penning an op-ed on April 3, 2020 for the Wall Street Journal, entitled “Alter the World Order” detailing his hope that a socially distanced & isolated population of the United States will play a key role in the New World Order.

For America is the crown jewel, whereby, we are the only people capable of any resistance to their anti-human schemes, for we have not abdicated our tongues to Hate Speech Laws, nor have we as a People allowed ourselves to be willfully disarmed and thus grant the government a monopoly on firearms.

Such cannot be said for every other nation upon the globe.

The elites have sought to bring this one small special place where Freedom was allowed to flourish and the Individual elevated over the Collective as the Standard-Bearer of Liberty, back under their centralized authoritarian tyranny, ad nauseam since the 243 years following our secession from the British Crown.

Therefore, I ask now should you be the creed of Winter Soldier as illuminated in Thomas Paine’s ‘The Crisis’ that you will please consider attending “The Rally for the Indiana State Constitution” to be held at the Indiana Statehouse on April 20, 2020 beginning at 1:00 pm Eastern Time.

My hope is that while we still have the opportunity, a peaceful yet strong showing of impassioned Hoosiers might with our words convince this governor to rescind his unconstitutional actions or demand the General Assembly & Courts take up their power under ARTICLE V, Section 10(d).

Long may Divine Providence bless this most Glorious Cause of Human Liberty!