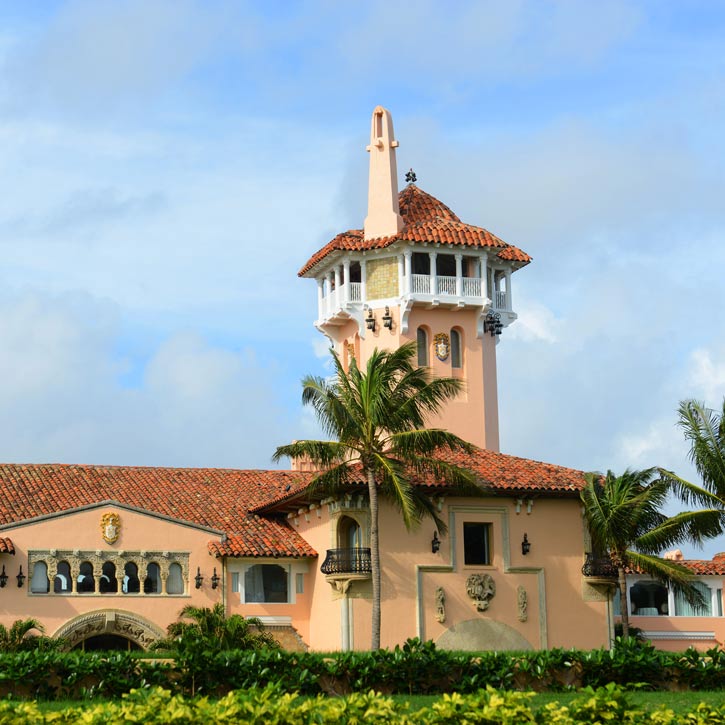 PALM BEACH – They are hoping you will react emotionally and take the bait to the FBI’s raid of Mar-a-Lago so that they may produce the sequel to their sham made-for-tv January Sixth “insurrection.” Thus may the Good Lord bless Patriots with the wisdom to see through their trap so that the wicked operators who in their impatience to capture power, are forced to shoot first, i.e. the Twenty-First Century, shot heard ’round the world. For then Patriots will unequivocally hold the moral high ground and undertake in self-defense, a most gloriously righteous harvest & excision of the Authoritarians who seek to yet again enslave Humanity. The framework being a Feudalism 2.0 styled upon a Chinese Communist model of merging corporate & state power into an Übermensch technocratic facism.

But who precisely is the ‘they’ in this latest round of recycled Boleshevik agitprop? For the purpose of this editorial, ‘They’ are the DEEP STATE, an inter-administration cartel of unelected bureaucrats & ‘intelligence’ spooks who during their tenure at the public trough have amassed enormous amounts of power over the levers & machinery of state. Surely there will be those who attempt to posit the trope that such is a ‘conspiracy.’ As such, it is my experience & recommendation that prudence indeed dictates it is best to avoid creatures such as they who deny or dismiss objective reality.

Moreover, it is true that our local would-be-emperors are merely foot soldiers themselves forwarding the agenda of a more select-group of central planner know-it-alls. Or as more succinctly put by Mr. Stephen K. Bannon: ‘The Party of Davos’ as manifested through various authoritarian centralized organs such as the World Economic Forum’s Global Leaders pipeline. Moreover, while this is a global war for the continued Dignity & Peaceful Liberty of Humanity, this article will be focused on countering the #BuildBackBetter brigade here in the American Theater of Operations following their raid of President Trump’s Mar-a-Lago estate in Florida.

On Monday past, the WEF infiltrated puppet Biden Regime [1] continued its course of slow strangulation of the American Constitutional Republic via the wholly corrupt Federal Bureau of Investigation. Operating under the auspices of a warrant obtained from Bruce Reinhart, the former attorney of convicted pedophile and sex trafficker Jeffrey Epstein [2] who now sits as a U.S. magistrate judge for the Southern District of South Florida, his rubber stamp allowed the FBI to raid President Trump’s residence in Mar-a-lago while he was out of town.

Should Trump supporters take the bait a second time as you can bet the “Intelligence” agencies have already sent in Ray Epps-like agitators, this would provide the perfect excuse for the Biden Regime to suspend the Constitution and either delay or fundamentally alter the midterm elections so as to once again gain opportunity to inject massive fraud so as to arrive at their desired outcome and despite the universal disgust for the Biden Regime. A disgust so well pronounced from see to shining sea, it is becoming ever more difficult to keep up the absolute farce that he received 81 million votes.

Moreover, with MAGA candidates such as Kari Lake emerging victorious in the Arizona Republican Primary, as a woman who openly calls Biden illegitimate & the 2020 election fraudulent, the DEEP STATE is in panic mode as their treasonous insurrection to hand American sovereignty over to the United Nations & World Economic Forum i.e. the GREAT RESET is exposed as a wanton power grab to implement the aforementioned technocratic fascism, where YOU own nothing and will be “happy.”

A Further Warning as to the Power Lust of Radical Globalists: Assassination of President Trump Not Out of the Realm of Possibility

The sheer dedication of the Globalist Enemy should not be discounted. Bernard Kerrick  former New York City Police Commissioner, a man not known for hyperbole, said during a Tuesday appearance on Newsmaxx that he is worried radical Democrats may attempt to assassinate President Trump if they are unable to bar him from running in 2024.