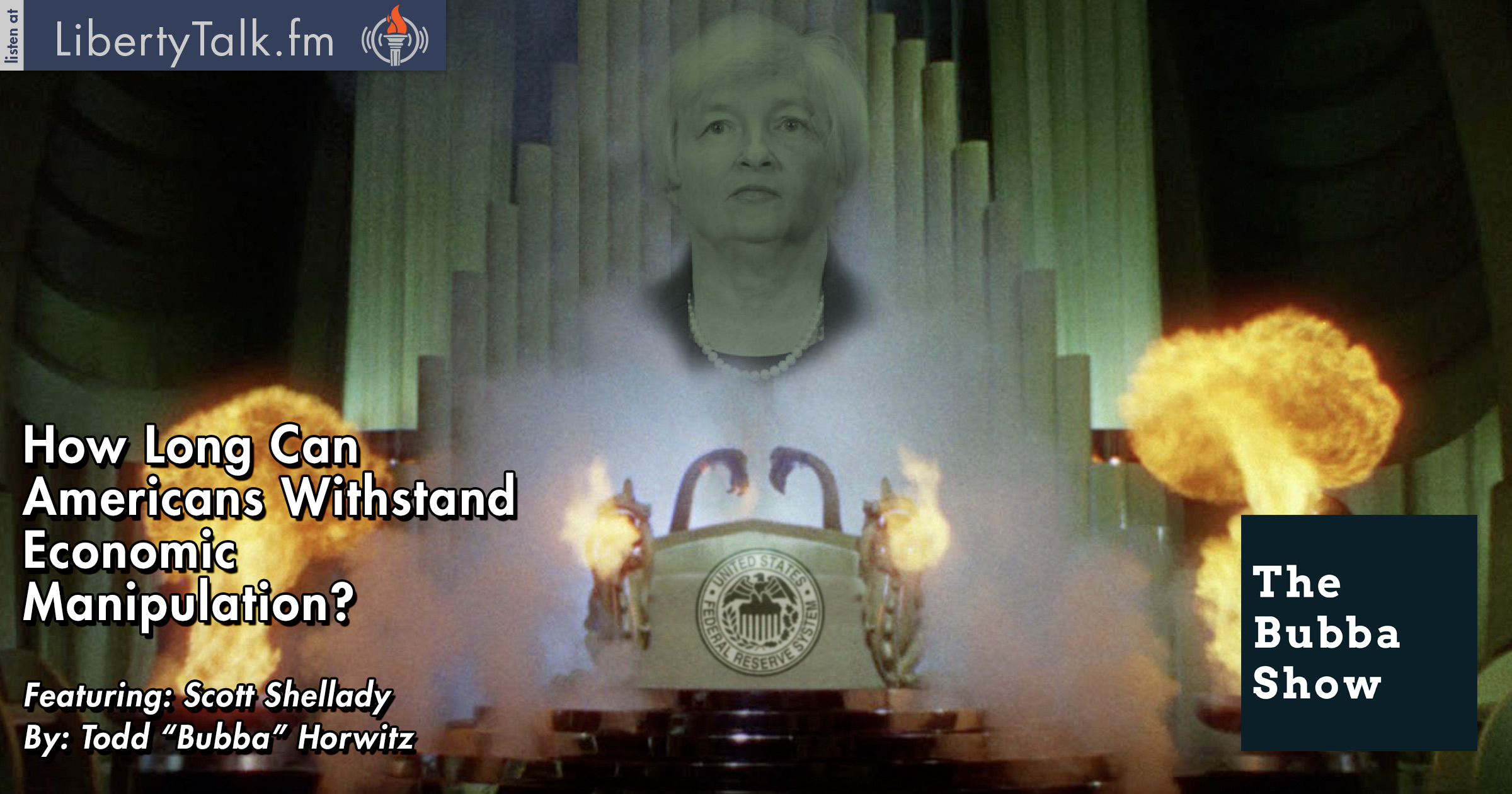 Pay No Attention to the Central Bank Behind the Curtain?

Bubba welcomes Scott Shellady to the show to solicit his observation into continued economic manipulation via the federal government. Thereto, Scott feels that the Federal Reserve is struggling and the numbers being reported are largely negative despite claims to the contrary. Scott points to the Good Friday jobs number to wit rolled over and as such he felt the market reacted correctly. However, by Monday suddenly the bad news was good news. Bubba adds he believes the Federal Reserve has not where to go, and Scott agrees the central bank are most certainly in a bind.

Scott further comments that the800 pound gorilla in the room remains the fact that the country is a manipulated environment in which the laws of real-world economics no longer exist, instead continuing the path of heavy-handed government and central bank intervention begun following the housing collapse in 2008. Thus, “Too Big To Fail” has become the accepted economic climate to the detriment of capitalism and an actual free market.. It has been six years and Scott believes that ultimately the separation between main street and Wall Street will become so large, the economy will finally experience a short-circuit and implode. Together, technology and capital have changed the way markets operate in the Twenty-First Century.

Financial Planning for the New “Normal”

Scott speaks to how much of an individual’s income the Millennial Generation should be saving each month assuming one is in good health and retirement. However he also adds that it is important to keep a small percent of money on the sidelines to invest when the a great opportunity arises. Scott cites a figure of 2 to 5 percent to wit he calls an “all in” play when the markets make catastrophic moves.

Scott feels that Quantitative Easing made a big bet on the internet and we have not seen the growth that experts hoped/predicted. Moreover, Scott comments that all of the big players are currently buying U.S. Treasuries and that the spread between U.S. and foreign interest rates will most likely increase before they narrow. As such, Scott believes that even if the Fed does raises rates in June and the market  reacts with a panic selloff in the U.S. equities markets it would put the country on a better financial path for the long term health of the U.S. economy.