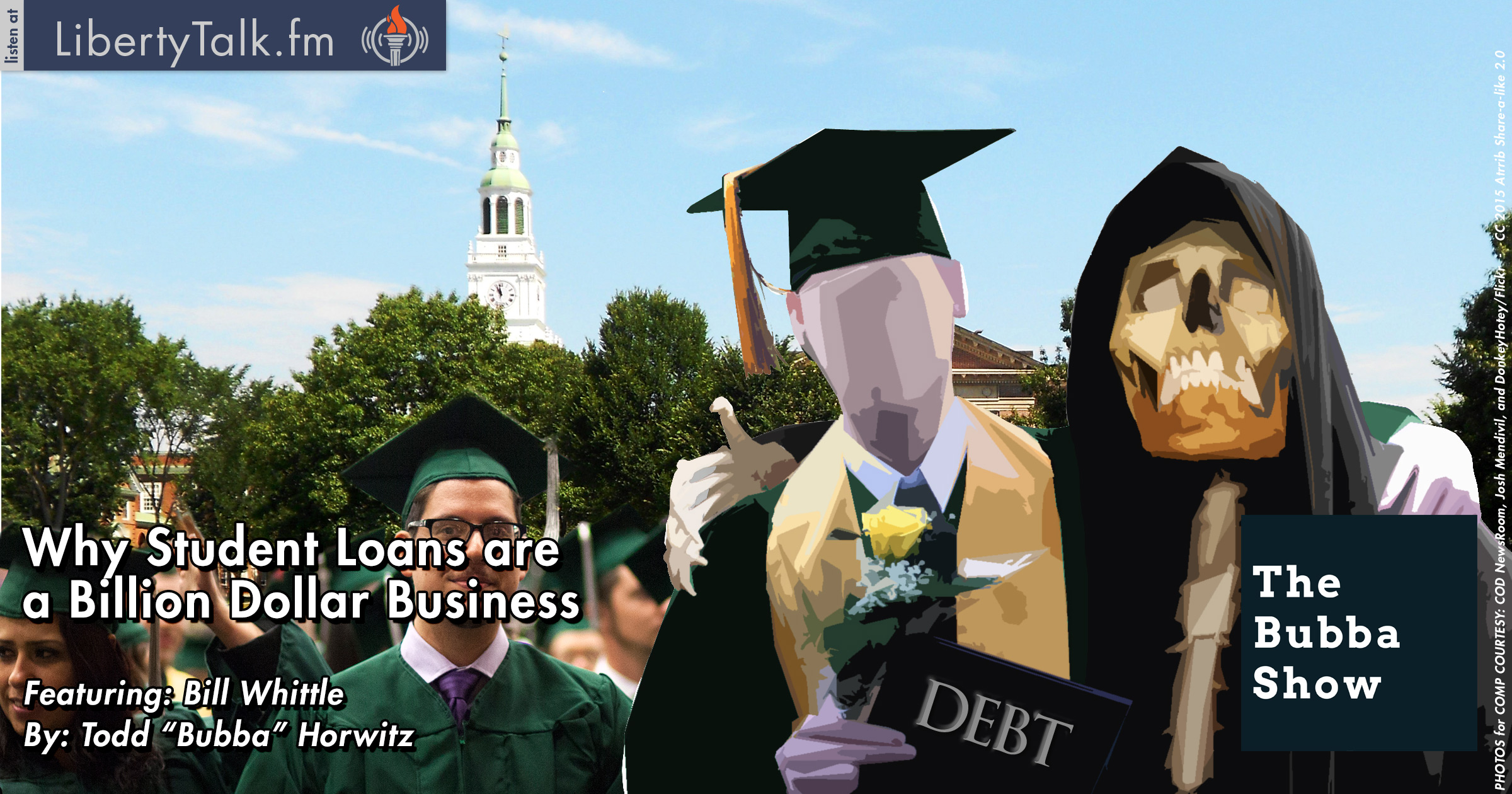 Bubba opens the show with remarks on the ever-expanding size of government and the continual reckless spending in Washington. Whereby in the end, it does not matter what side of the isle your political ideology lies from the left protesting the decade long wars of aggression/NSA spying, to the right wing’s disdain for Obamacare, it is not difficult to make a case that the federal government is simply too large. Todd feels that there is far too much leverage from major corporations comingled into the political process and as such, he feels a smaller more efficient government would be better for the overall economy and reducing corruption.

Bubba welcomes, Bill Whittle to the show, who begins by commenting that for the first time since the 1870’s, the United States is not the global economic leader having been surpassed by China. Bill maintains that China has gained the edge by copying Western technology and at the same time maintaining its socialist policies. This combination and the use of gas emission fossil fuels afford the Chinese the competitive edge. Whereas he feels, America is becoming an entitlement society and losing its work ethic.

Bill Whittle comments that as a young boy, he was enthralled by the 1972 Olympic Games and how Yasser Arafat used the games to introduce terror instead of a truce thereby escalating world tensions. He comments that Palestine continues to sponsor terrorism as a means to negotiate with the Western world and it is an untenable position not to be tolerated. The Western world must stand up to this type of threat and that pandering to this type of terrorism will not work in the long run.

Bubba agrees with Bill adding that we also need to step up with our economy and offers his firm belief that Americans have an absolute right to dissent when they do not agree with government policies and we need to exercise that right, perhaps now more than ever. Bill points to the explosion of student loans guaranteed by the government and how similar to guarantees made by Freddie and Fannie during the housing bubble, such manipulated abrogation of risk is negatively affecting tuition rates of higher education. Stated plainly, when a government attempts to excise the risk of default using the taxpayer as the true guarantor, beneficiaries thereto, begin undertaking riskier and riskier expansions and artificially inflate their bottom lines.