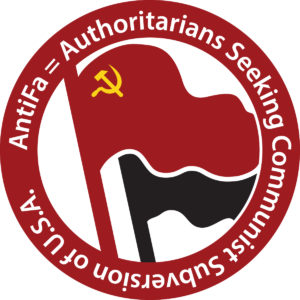 SEATTLE – In an interview with militant AntiFa thug, Luis Marquez, he threatens “White America” with further riots & looting unless the People take a knee to kiss the ring of Marxism and implement “equity” i.e. Communist policy of “Equality of Outcome” that stands as direct opposite of Western Civilization’s maxim of Equality of Opportunity.

The interview takes place from the Capitol Hill neighborhood in Seattle, Washington, which according to some news reports, was given to the rioters by Seattle Mayor Jenny Durkan despite numerous residents and business owners not consenting to such a takeover.

Thereafter, the hostiles have claimed to secede from the U.S.A. an act not undertaken since the U.S. Civil War, and have renamed the area the Capitol Hill Autonomous Zone or CHAZ for short. However much like the rest of the left’s gender-fluid tropes, apparently the area has “transitioned from CHAZ to CHOP, i.e. the Capitol Hill Occupied Protest.

Further despite their claims of “inequality in America” as their primary motivation for rebellion, the militants have since built a border wall, instituted checkpoints, and are demanding caucasians trapped within the boundaries of the zone to pay reparations to minority groups. A rap artist from SoundCloud & successful AirBNB host, Raz Simone claims he is the group’s warlord and he and his henchmen continue to patrol the “CHAZ” with AK-47 and other long guns threatening all who do not ascribe to the group’s “Right-Think” including independent journalists. However, his actual success conflicts greatly with his present victim narrative of oppression.

Nevertheless, since 2015 when internal documents were obtained from AntiFa, it has been known the group ultimately hopes to create a situation through terror and chaos that results in the implementation of Martial Law, so their political allies may then seize power in a move reminiscent of the Bolsheviks during the Russian Revolution of 1917.