Now, I understand the main issues in the 2020 election!

Joe Biden and the Democrats are for mobs.

Donald Trump and the Republicans are for jobs.

Jobs are always better than mobs!

Editor’s Note: Mr. Wilcox is a long-time friend of the station and LibertyTalk FM feels he hit the nail succinctly on the head. The radical left is dedicated to the destruction of the totality of America. As such, now is the time to #FightBack.

Further, Mr. Obvious, whose video is featured herein is not affiliated with LibertyTalk FM, but we like his moxy. As to his commentary featured above, we could not more heartily agree & hope for the full exoneration of Kyle Rittenhouse. The young-man is a Patriot who for firing only after he was viciously attacked by rioters, is being both smeared in the STATE Supremacist press, i.e. CNN & Vice while being held on charges unto a criminal justice system that seems to be telling police to stand-down as seen in Chicago, Minneapolis, Kenosha, D.C., etcetera leaving citizens left to fend for themselves. “Defund the Police” by “repairative social justice” via political proxies? Cui Bono?

Our Founding Generation, pledged their Lives, Fortunes, and Sacred Honor in seceding from the inbred British Crown and declaring Independence therefrom, who at the time the center of the globalist authoritarian control freaks.

For the last 244 years, these very same forces desiring centralized tyranny of the whole of Humanity have sought to bring us rowdy independent Americans of all colors, races, religions, sexes back into the fold of their homogenized fantasy of an “equally” poor, starving, disarmed, genderless world population of dependent Tax Cows.

Hopefully dear reader, you recognize we are in a WAR, the outcome of which, shall determine the liberty of mankind for decades if not centuries to come. Let us then too, commit to be the Winter Soldiers our Republic now requires for her defense. 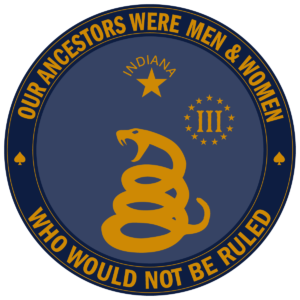