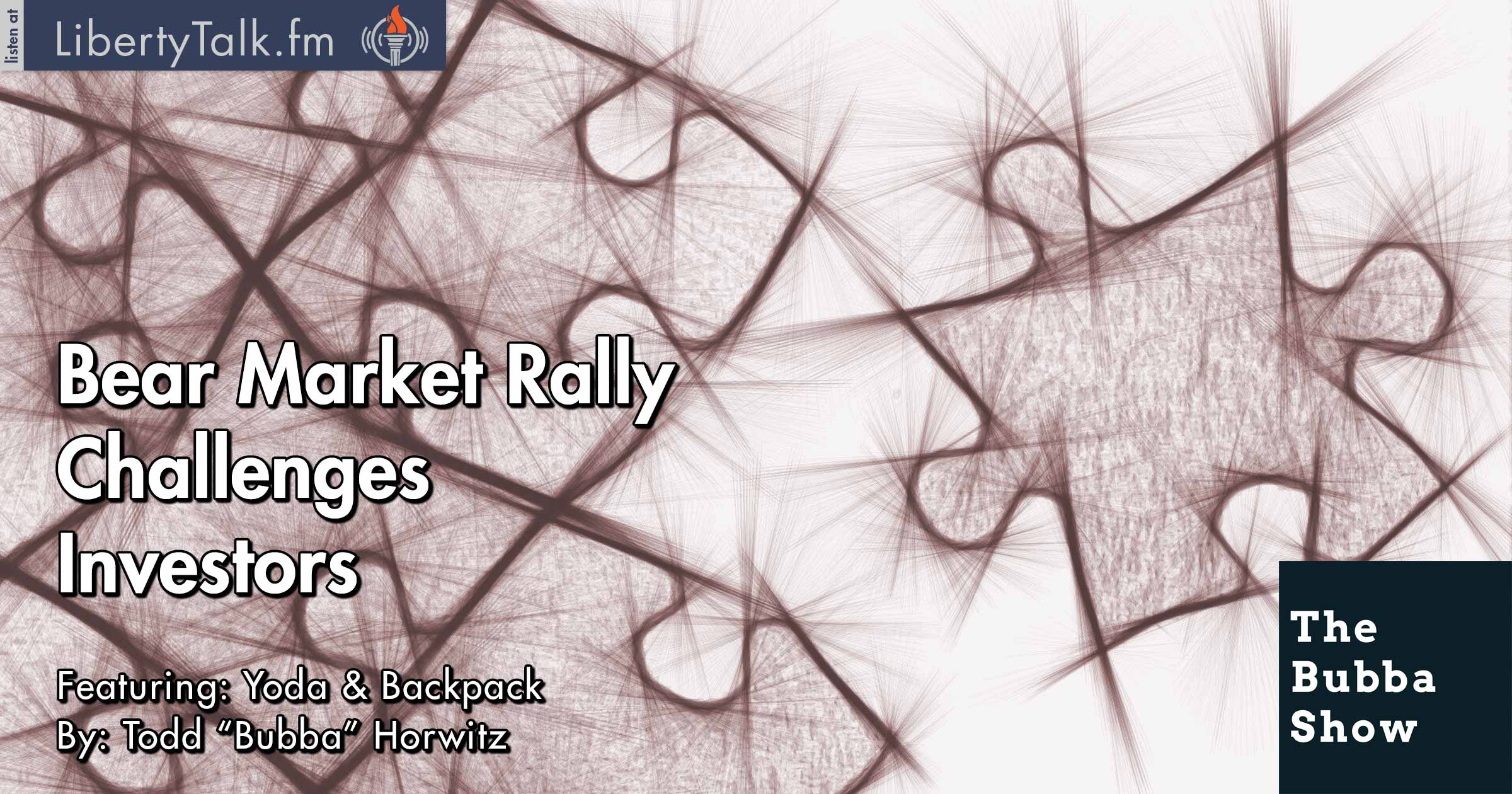 Today’s show is a potpourri of insightful information as Bubba begins talking about the dead cat bounce seen in Wednesday’s markets. Bubba addresses what causes these bounces while markets trend lower. The issue of the bear market rally has always been one of the most challenging market moves to navigate for all investors. One must realize that bull market rallies grind higher and bear market rallies rip your face off, investors tend to feel like they have missed something and start chasing it.

Bubba joins the Yoda and Backpack of the Voices of Global Freedom podcast as their financial analyst. There are currently many problems in the world economies, the biggest being financial engineering. Bubba expresses concern that the unintended consequences from the policies instituted by the world’s central bankers could create a bigger collapse down the road.

Bubba advises all investors to find a solid hedge strategy, reminding listeners that gold is not the sole answer. Diversified hedging that can keep investors in the market all of the time is the true answer. Always protect your assets.