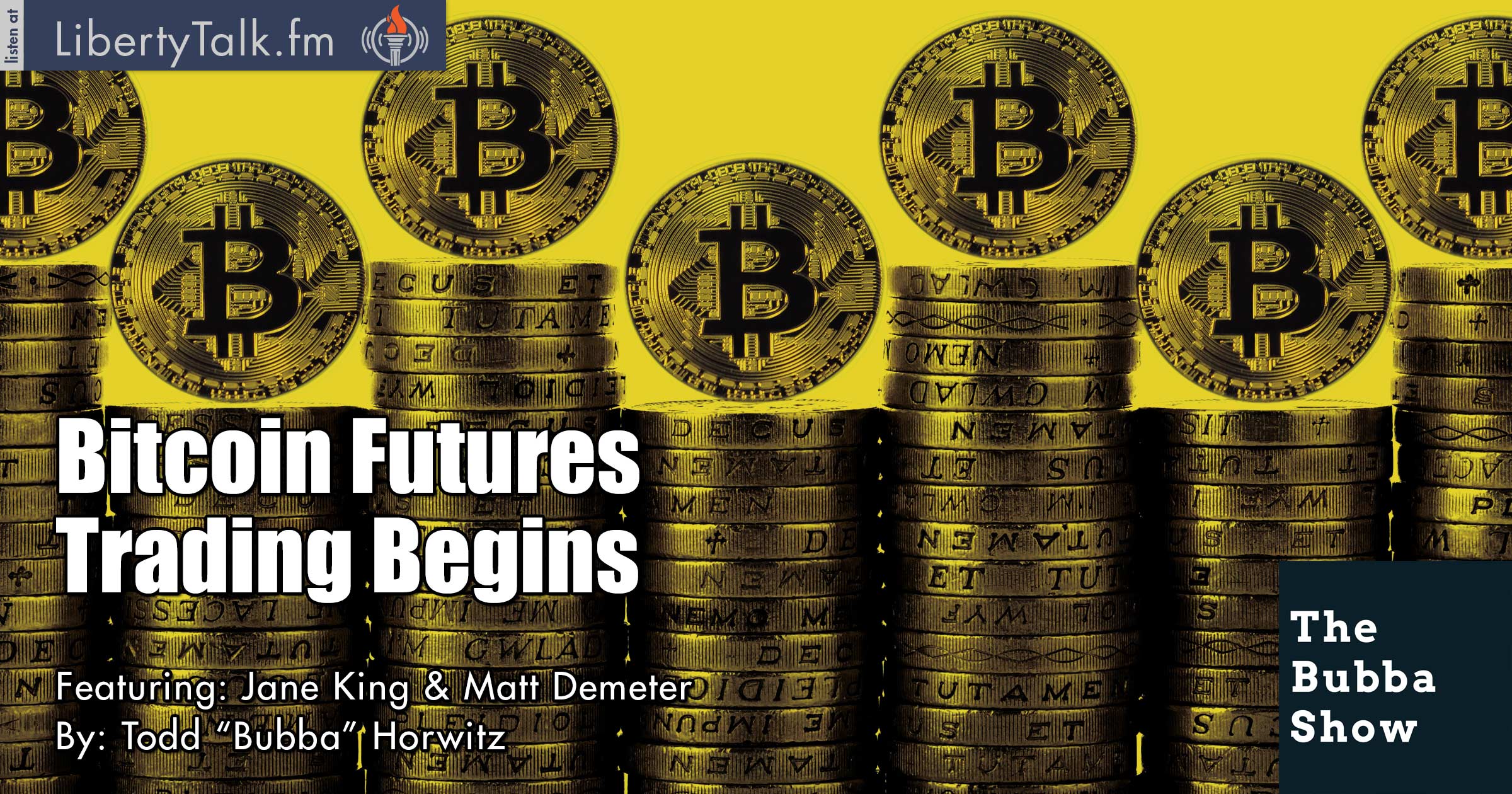 Bitcoin Futures began trading on Sunday night and the clearing houses are making the trading almost impossible with their ridiculous rules. 50% margins and long only is a sad story for traders. Of course, this is just more manipulation by the big money trying to control markets and keep the free markets from operating.

Jane King from LilaMax Media and Author of the KaChing Report is back for her weekly visit and talks about the Bitcoin and what her opinions are on the cryptocurrency. Jane has her concerns, but recognizes the potential value. Bubba and Jane also discuss financial literacy for kids.

The Bubba Show’s technical expert, Matt Demeter, from DemeterResearch.com stops by to discuss Bitcoin and current markets. Although he is an owner, Matt feels Bitcoin is overvalued at these levels. Bubba asks Matt if he thinks the Bitcoin is a bubble.

Bubba and Matt talk general markets and reflect on last week’s key reversal on Monday followed by new highs on the week. Matt talks about his positive views of the Nasdaq and negative views on Gold. Matt expects a little bit of selling early in the week, although he sees higher prices coming.