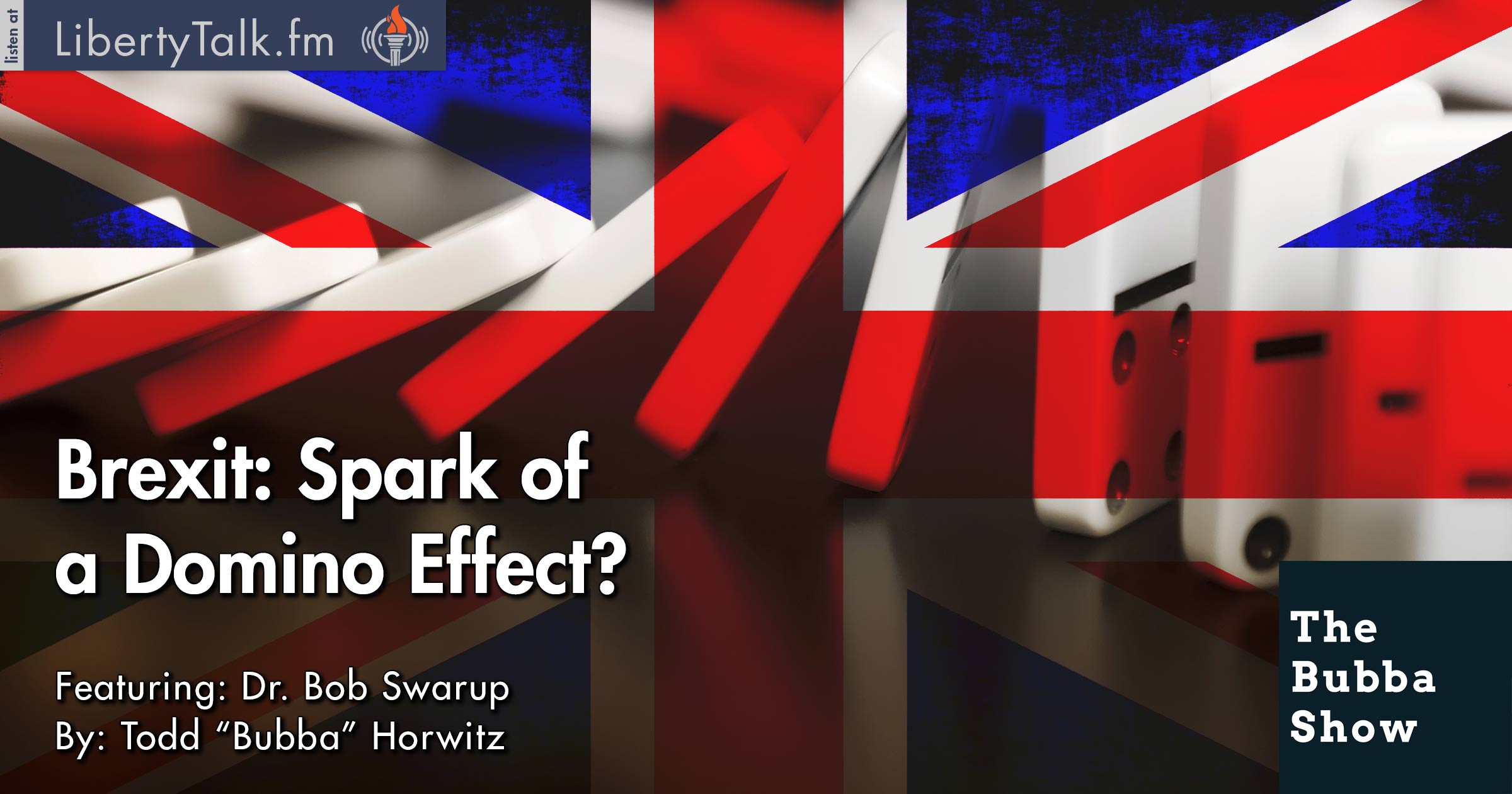 Dr. Bob Swarup of Camdor Global and author of Money Mania: Panics Booms and Busts joins Bubba for his monthly visit. Bubba wastes no time and gets right into the BREXIT vote that both Bob and Bubba predicted correctly last month. Dr. Swarup, an educated economist, laughs and tells Bubba that the UK is not running their government from Twitter and other social media platforms.

Bubba and Bob discuss the problems with central banks and both agree that they are not people who have or understand practical experience while spending their time buried in textbooks. Bob claims they are perfect for the Albert Einstein quote of insanity and believes they are clueless from a real life perspective.

Bob believes that BREXIT could have a domino effect altogether bringing down the Euro Zone. Bob feels that the biggest problem is the lack of practical experience that central bankers have coupled with their advisers. Advisers seem to have their own agenda and would have no reason to advise properly because they are in it for themselves.

Knowing that Bob is an educated economist, Bubba asks the harsh question, why are economists so dumb? Bubba asserts that they never advise while the problem can be solved but come up with the answer when it’s too late. Bob again goes back to the people that are involved and says to Bubba that a bank who is advising would not want to suffer the problems of the FED by doing the right thing.