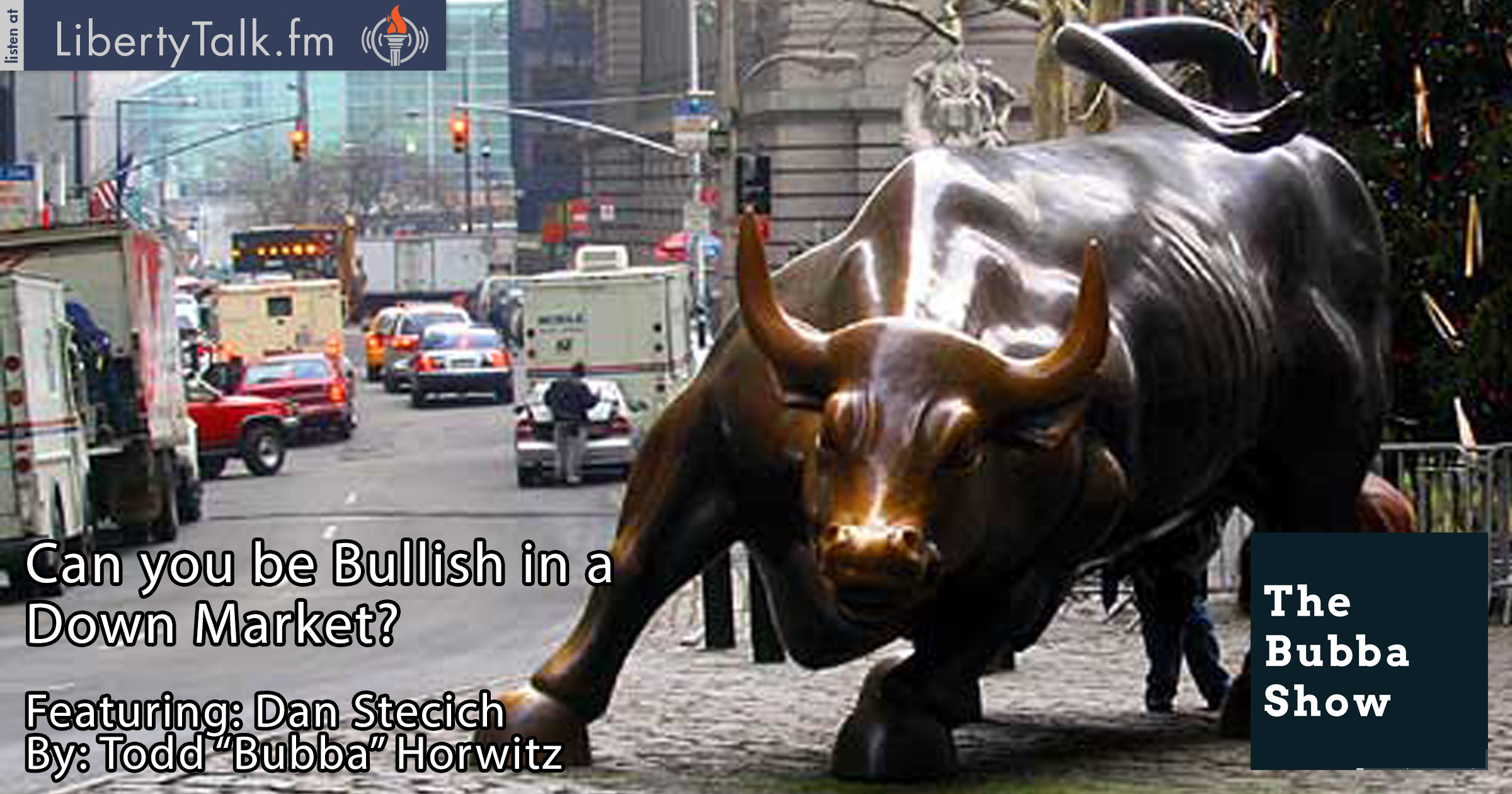 On The Bubba Show today, Bubba introduces Dan Stecich from Athena Private Wealth. Noting that durable goods and GDP numbers are both bullish, Dan finds reason in being bullish for the market. Bubba and Dan debate the GDP number that has just been realized.  Bubba feels that the number will likely be revised next month.  Dan believes that the revision is already part of the current number and that it is the one that matters.

Dan comments that he is now a little bullish; he notes that two weeks ago he publicly stated he felt the market was overbought, but the recent price action has changed his mind. He remarks that the recent downturn in stocks was primarily driven by the mess in China and he believes that stocks that are not tied to China but fell with the selloff are positioned to go to the upside now. He is now a buyer.

Later, the two discuss the upcoming jobs number and whether or not stock prices will be affected. Bubba is not a believer. He is convinced the jobs numbers do not reflect what is happening in the real world. Jobs that are being lost are not being replaced by the service jobs. Dan disagrees and believes that the loss of quality jobs is already accounted for and therefore baked in. As they debate the issue, Bubba insists that the jobs numbers are phony.