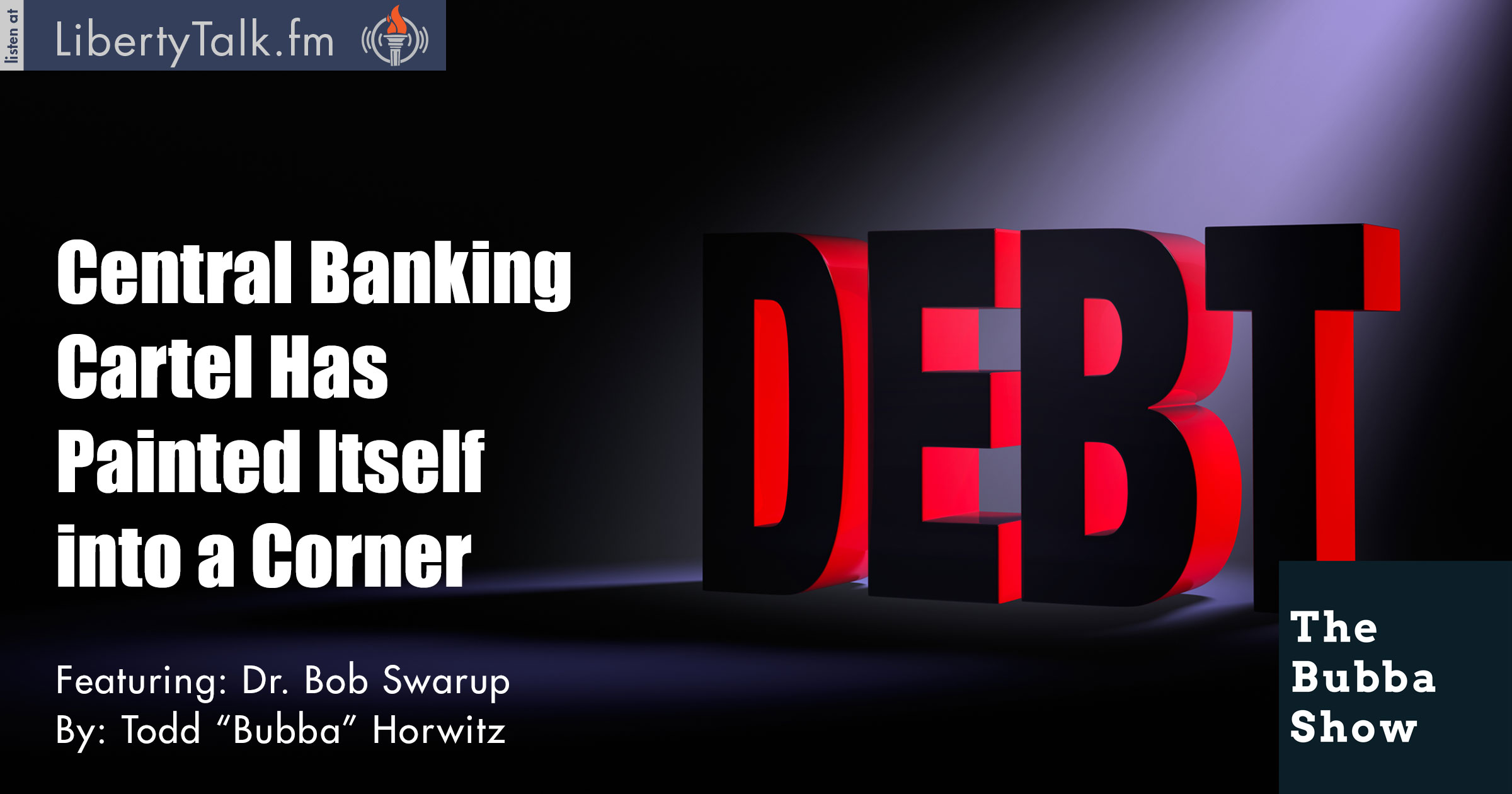 Bubba’s favorite economist Dr. Bob Swarup from Camdor Global and author of Money Mania: Panics, Booms and Busts joins the show today. Bubba gets right into it asking Bob about the clueless FED. Bob talks about the debt that they have created and believes that eventually they will have to forgive most of this debt believing most of it is worthless anyway. The problem, according to Bob, is that the FED is stuck in nowhere land and refuses to move away from their broken theory.

Bubba asks Bob if he sees the Euro zone and the Euro currency failing similar to Brexit. Bob believes that the ECB will fail explaining that there are much bigger problems in Germany and other European countries. The biggest problem lies in Italy, which could be the key to the entire system. Bob believes that markets of all kinds are set up for disaster and will fail miserably, especially with the central banks willingness to add debt.

Bob and Bubba talk about the debt around the world and the bubbles being created by this debt. Bubba feels the system has painted itself into a corner and asks Bob if there is a solution. Bob feels that the current system, under the current leadership has almost no chance of getting out except through a massive failure. Bob is concerned with how the FED and ECB hide from their troubles, acting as though they will eventually disappear.

Where would Bob put his money? Bob is looking at buying some of this distressed debt because of its underlying value. Bob feels the risk reward model is in favor of the investor and believes that the returns could be big. Bubba asks Bob about gold and if there are too many ETF’s papering gold. Bob is not a huge gold fan but would not mind a little, though stressing only physical as he asserts there is not enough gold for the amount of the paper sold.