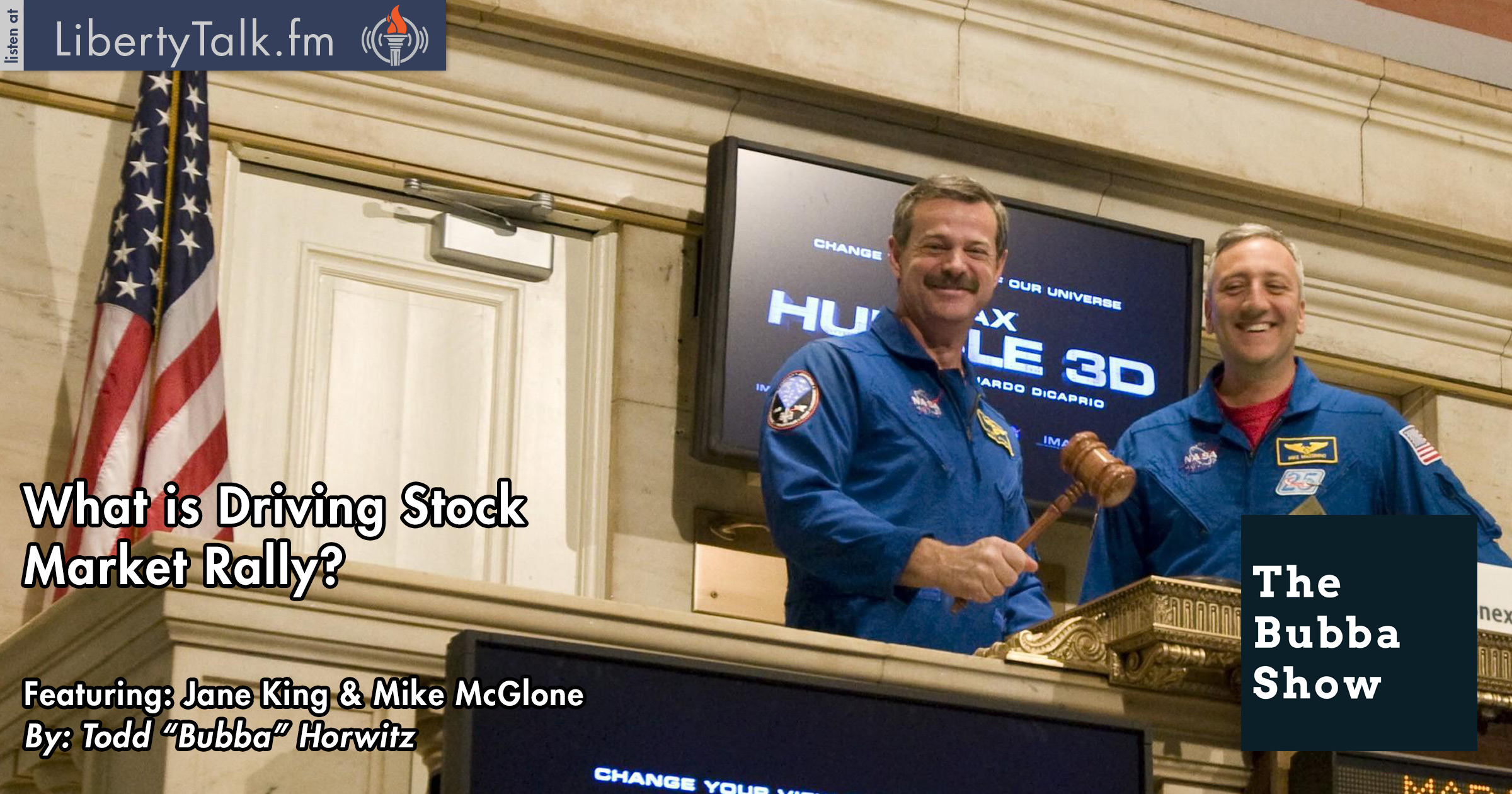 Is Greek Debt Deal Driving this Rally in Stocks?

Todd opens this episode of The Bubba Show commenting on the dramatic stock market rally in the past week. For example, equities have gone from being near the long awaited correction to soaring after a solution to avoid a default on Greek debt was announced. Technology stocks led the way with both Google and Facebook exploding to all-time highs. Todd notes that there is likely a spread in play between the NASDAQ stocks and other global indexes.

Thereafter, Bubba welcomes Jane King of The Ka-Ching Report to the show. Jane begins by commenting about the reversal of fortune in the Chinese stock market and how quickly the correction came into play. In addition, Bubba and Jane discuss the rate at which Google and Netflix have advanced in price. Jane adds her comments regarding the strange perception regarding Germany being cast in the role of the villain “dominating” Europe unto the German state lending money that they actually expect to be repaid as part of the deal struck to prevent a Greek default. The conversation then turns to  the manner in which Google has figured out a way to raise revenues through mobile advertising.

Next, Bubba introduces Mike McGlone from ETF securities. He comments that now with Greece once again off the radar, he was surprised with the immediate rally in the tech stocks. In addition, Bubba and Mike discuss the causation as to how markets are suddenly rallying and Mike cites that the current rally owns much to the “free” money once again available via not only the FEDERAL RESERVE, but all of the central banks around the world. He then states the he feels that when the equity markets rally that the threat of the FED tightening monetary policy increases.

In the closing segment, Mike comments on the recent treaty struck by the Obama Administration with Iran and the necessity for the Iranian government absolutely to sell the country’s oil to the global market. Whereas Iran’s oil will either be sold through legitimate channels or  end up on the black market, potentially aiding terrorist organizations. As such, Mike sees this increase in supply will drive down the price of oil. Mike states that he believes the price of Oil is key to deflation or inflation in this country and as long as there is an abundance thereof, he sees a depressed market.