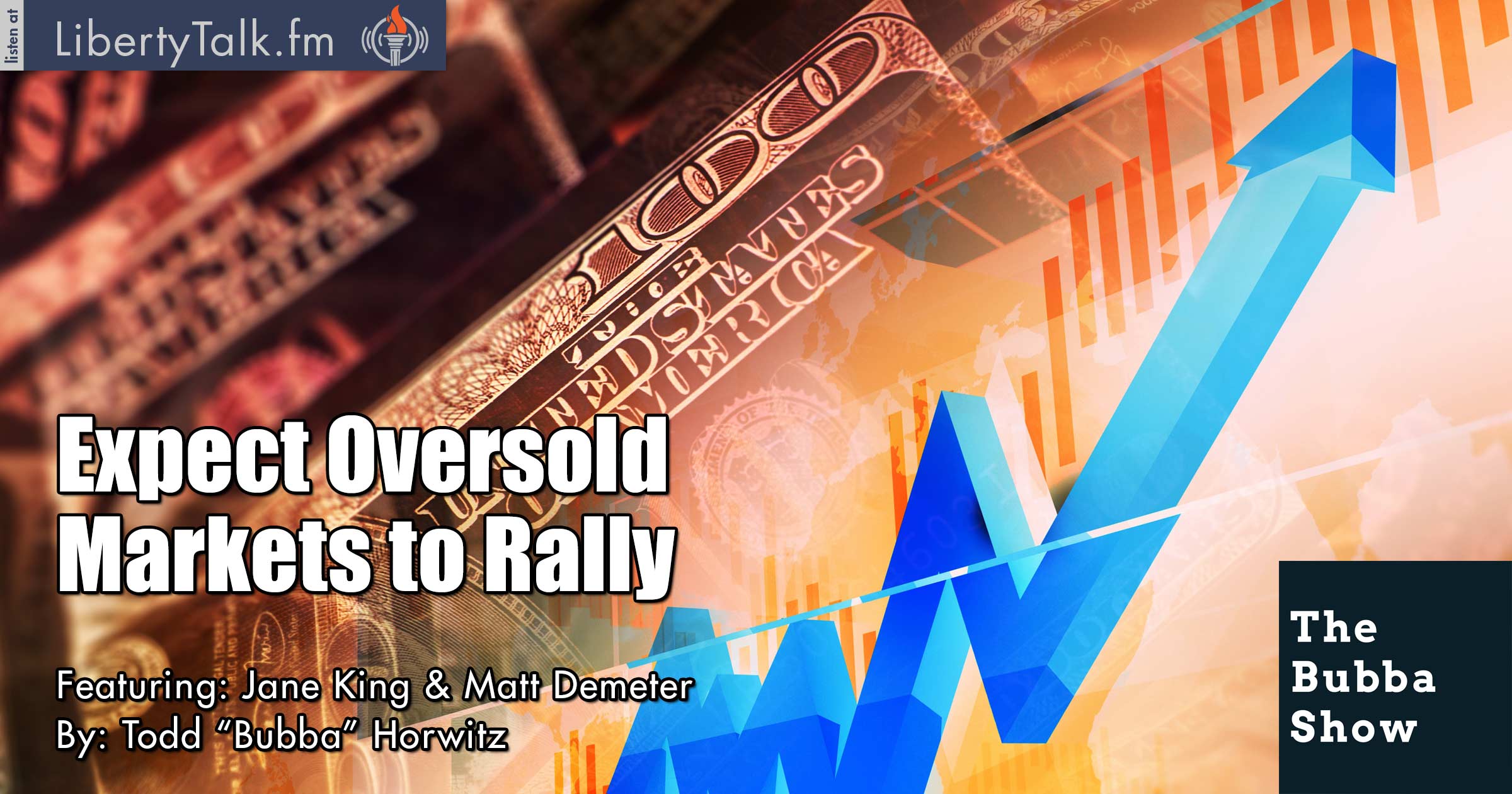 Markets were dramatically oversold last week and should rally. Bubba asserts it would be no surprise to see a rip-your-face-off rally. The trade wars are simply a negotiating tactic of President Trump, from the art of the deal. China and the rest will not walk away from the table because they need us more than we need them.

Jane King from LilaMax Media and author of the KaChing Report joins Bubba for her weekly visit. Jane and Bubba discuss the crazy market action and what to expect going forward. Bubba asks Jane about her family and what they think of the trade wars since they are in the farming business.

Bubba and Matt give their take on the markets, Oil, Gold, and equities. Both agree that there should be a relief rally based on how oversold the markets were last week, really just giving us another selling opportunity.