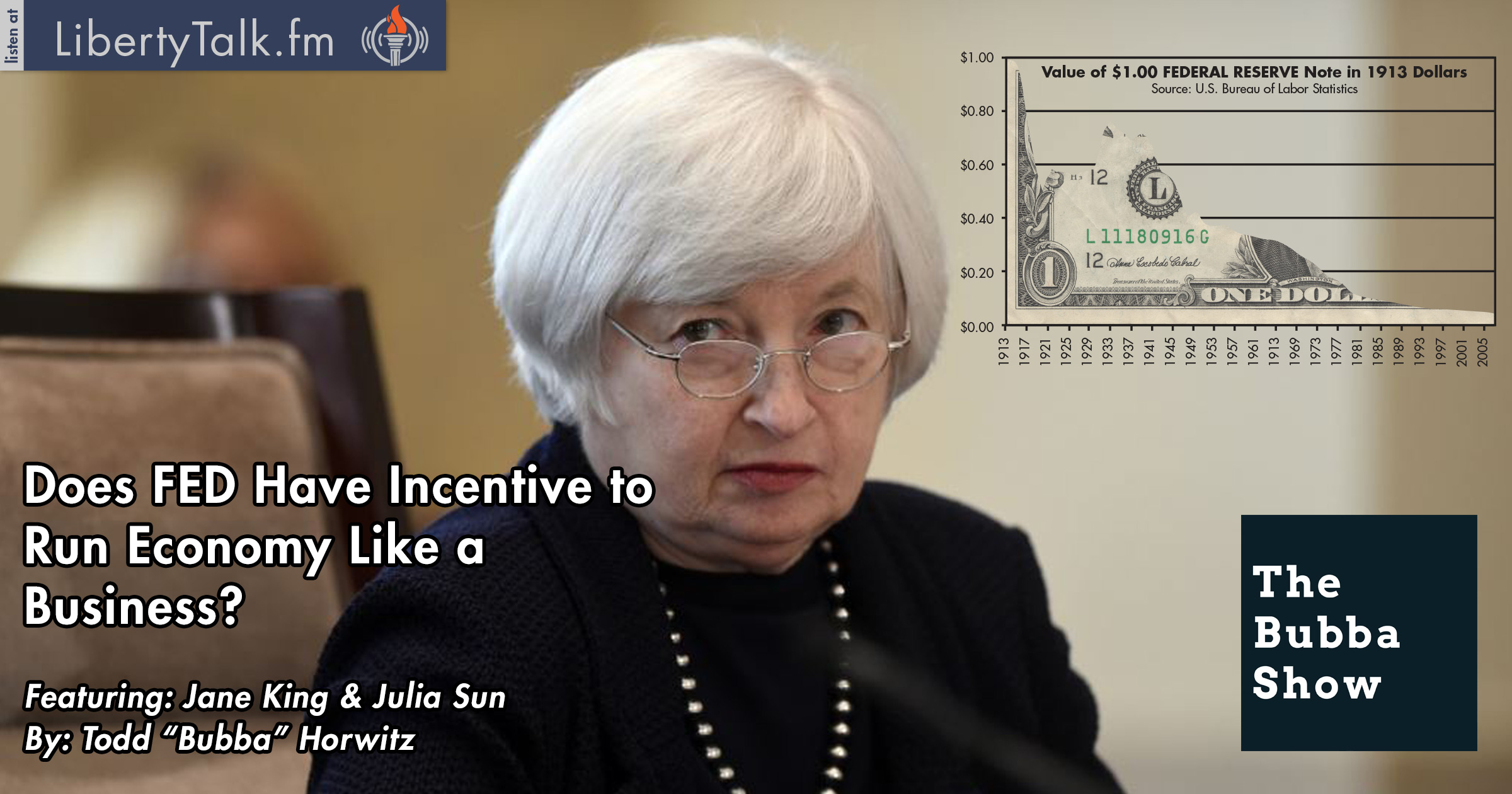 On this episode of The Bubba Show, Todd discusses how FEDERAL RESERVE Chair, Janet Yellen is attempting to run the economy on academic theory rather than practical business experience. He refers to the Fed as a legalized Ponzi scheme. He defines a Ponzi scheme. He questions the Fed’s role in the economy and believes that nothing good is going to come from the current fed policy.  He believes that the government should be run as a business.

Bubba introduces Jane King. Janet comments on the Fed’s position.  She feels interest rates are going higher and she feels that the Fed will act by December at the latest. Bubba comments on the low interest rate environment and that has driven the equity markets. Jane agrees and believes that the banks are only interested in lending when you don’t need the money. If you need capital they are not inclined to lend it to you.

Bubba and Julia discuss the merits of Broadway shows and the audience that they are trying to reach out to. Bubba concludes that the shows are big business and if they are not financially successful the artistry doesn’t matter. They discuss the closing of the play Gigi Bubba believes that it may not have reached the target audience. Julia comments that a great amount of the gross revenue on Broadway is produced by foreign tourists.