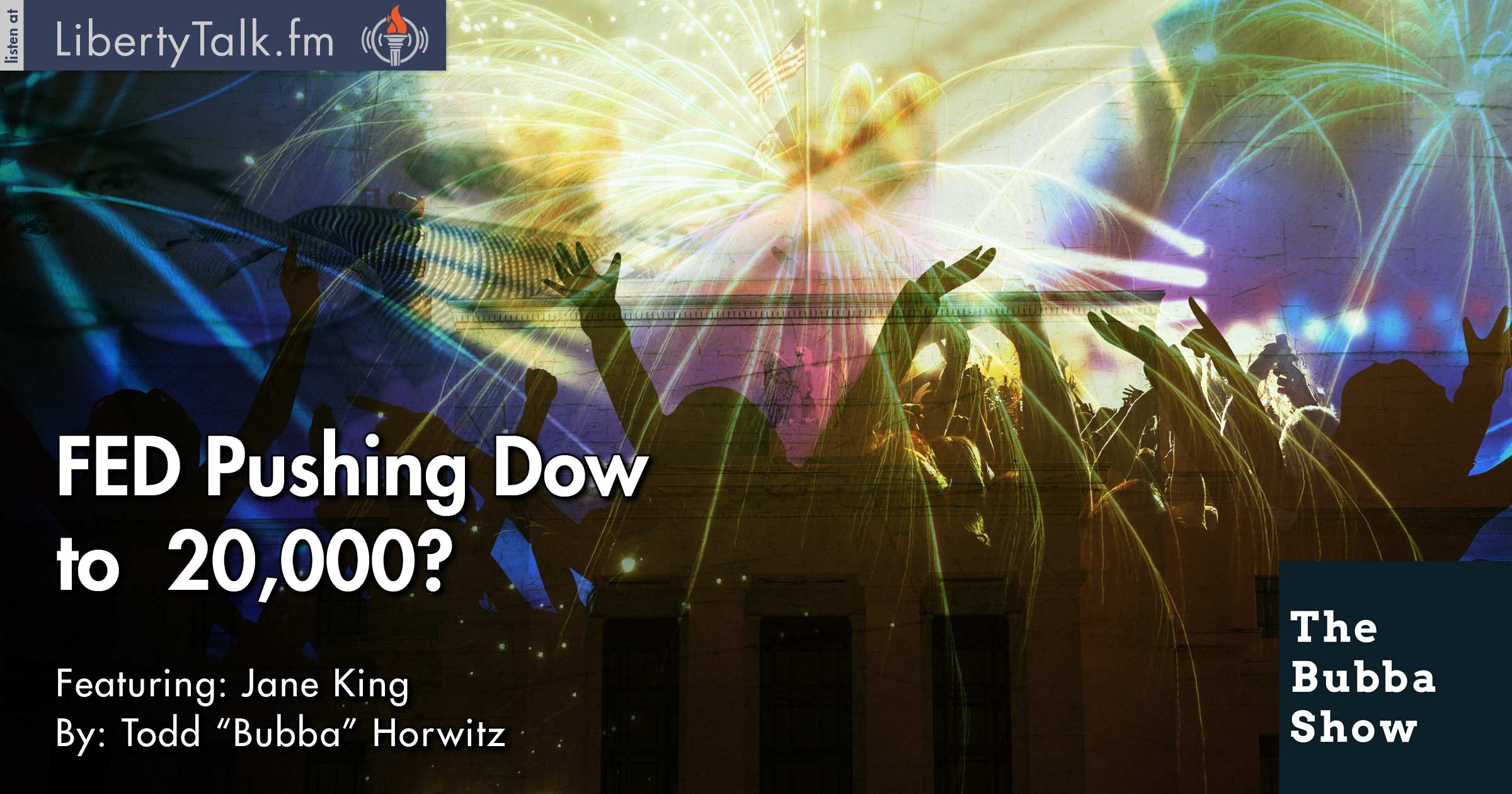 Bubba starts off the show talking about the media distraction and how they have everyone focused on Melinda Trump instead of the HUGE stock market bubble right before our eye with the DOW over eighteen thousand. Bubba breaks down the the systemic problem we have between the police and the BLM group. Americans need to identify the hatred and rise above it.

Jane King joins Bubba to discuss the soaring markets. Bubba Speculates (jokingly) the DOW will top one million. Jane is amazed at the record highs we see everyday but realizes at some point the markets have to come down, right? Shifting gears Bubba asks Jane about the RNC. She feels its a little overplayed and the media is making a mountain out of a molehill. Overall the RNC with all the speakers were bland.

Mark Oppold from RFD Radio makes a surprise visit with Bubba. Bubba talks about the issues with the gambling and speculation in the current markets. So many people with the ability to trade stocks they are chasing the markets up and when it turns, its going to drop fast and many of these late comers are going to get hurt. Staying on the sideline for now is the best thing to do until markets settle.

Bubba fishes the show on his thoughts on the farmers and how Americans should live the farmer lifestyle. There are so many outside influences to farming and farmers have to be prepared for disaster. Looking ahead to the future and being ready for the worst, when that day comes you will be ready to prosper. Typically Americans live for today and not be ready for the bad times. Learning how how to trade properly and hedging your bets to protect the wealth you have built…Be prepared!!!