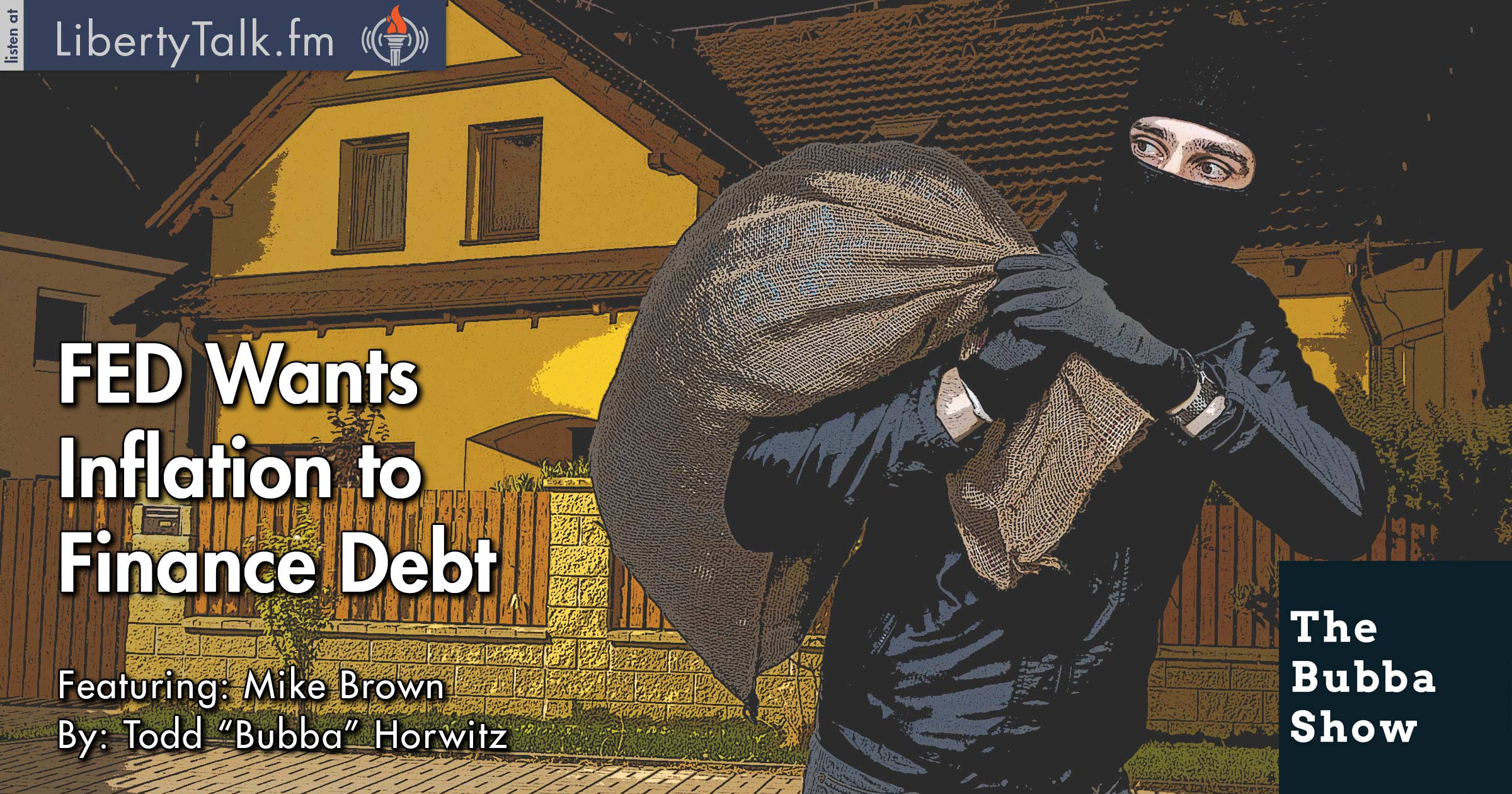 Just Another Form of Taxation

Today on The Bubba Show, Bubba and Mike Brown of BrownCapital.org pick up on Pension funds and Bubba brings up CalPERS and Central States, both of which are headed for major trouble because they a paying out about 4.00 for every 1.00 they are taking in. Bubba and Mike believe that systems need to be changed, but it would have to be done by a public vote because the government would never vote to change the system now.

As far as Bubba is concerned, the FED sucks. Mike explains why he believes the FED has done a lousy job, as they have solved nothing while managing to create a bigger mess. Bubba is vocal about the so-called lender-of-last-resort mandate and wants to know why they didn’t let the banks go bust and bail out the depositors, instead of letting the banks get whole on their bad loans.

Later Bubba and Mike discuss markets, investing and OPEC. Mike brings up that investors should continue to invest only with money they don’t need tomorrow and money that will compound if left alone. The fact that most investors borrow on margin is what makes them puke out because they are firing in money they don’t actually have in order to buy stocks they can’t afford.