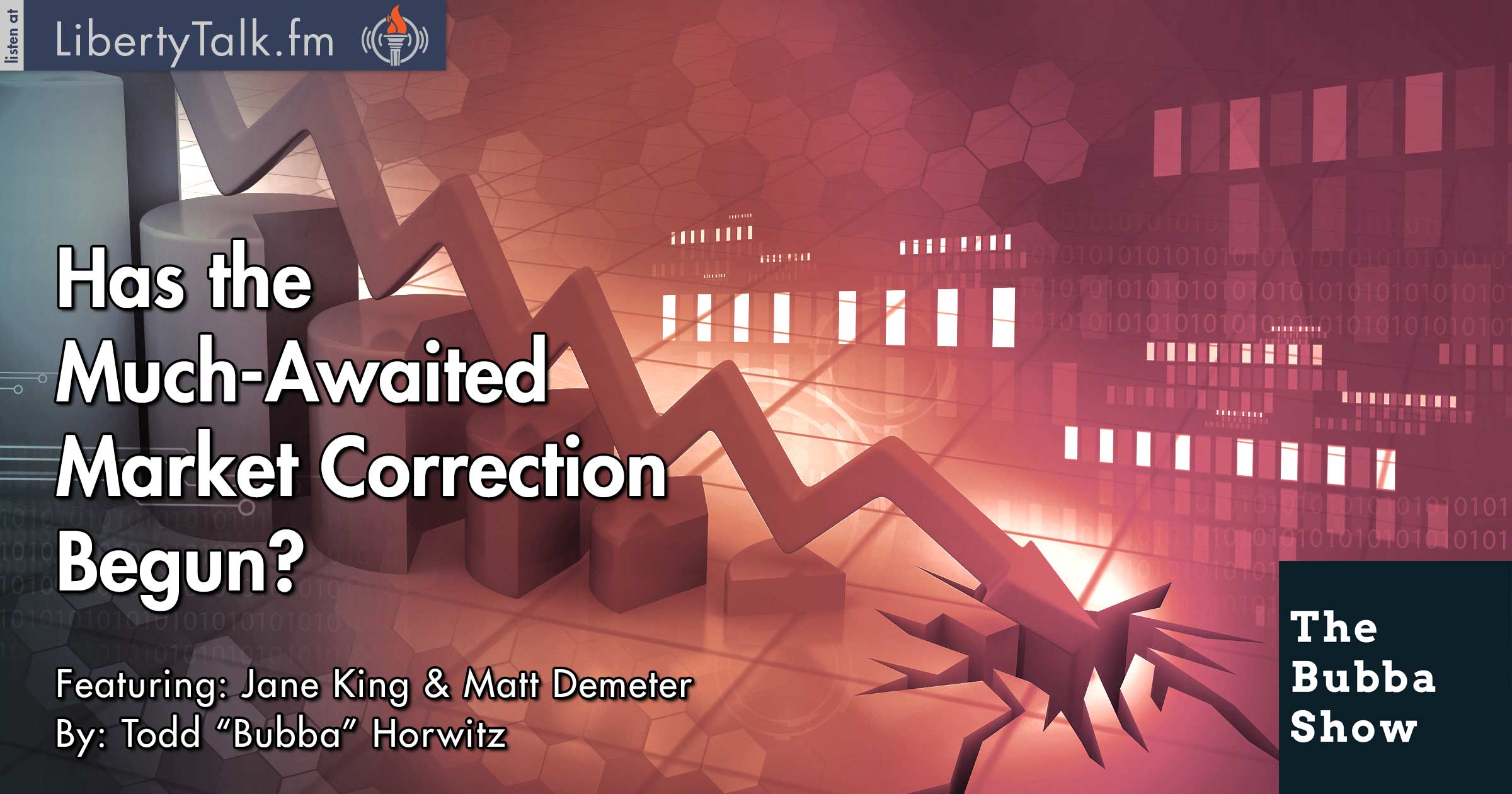 Economic Problems Being Kicked Down the Road

The markets have been under pressure the last couple of days and sellers look like they may be starting to panic a little. Bubba wonders if this is the start of the much-awaited correction or just another great buying opportunity. Bubba talks about the ignorance of the FED, with each member giving a speech indicating a rate hike. Bubba talks about how ridiculous the FED is and asserts that it is time to end the FED.

Jane King from LilaMax Media and author of the KaChing report stops by to talk markets, politics and, of course, her new venture educating children on finances. Bubba and Jane discuss the deflationary problems that have been created by the FED and their clueless actions, showing they are lost and have no idea of what they are doing. Jane worries about the state of the economy and the way that the problems are being kicked down the road.

Matt Demeter from DemeterResearch.com comes by to analyze Friday’s big sell off and talks about what to expect going forward. Matt tells Bubba that all signs set up for a much bigger sell off indicating that the smart money continues to prepare for a market meltdown. Bubba asks Matt about his expectations for the markets in the next couple of weeks and longer. Matt talks about the Commitment of Traders combined with the charts and feels that this sell off has just begun.

Bubba asks Matt about the precious metals and they talk about the gold special that DemeterResearch.com is offering. Bubba says that he feels that the commodity space is coming to lows and have shown indications that a bottom is forming. Matt agrees and states that the Grain and Livestock markets have been the most hated and usually that is a sign that a bottom is being put in.