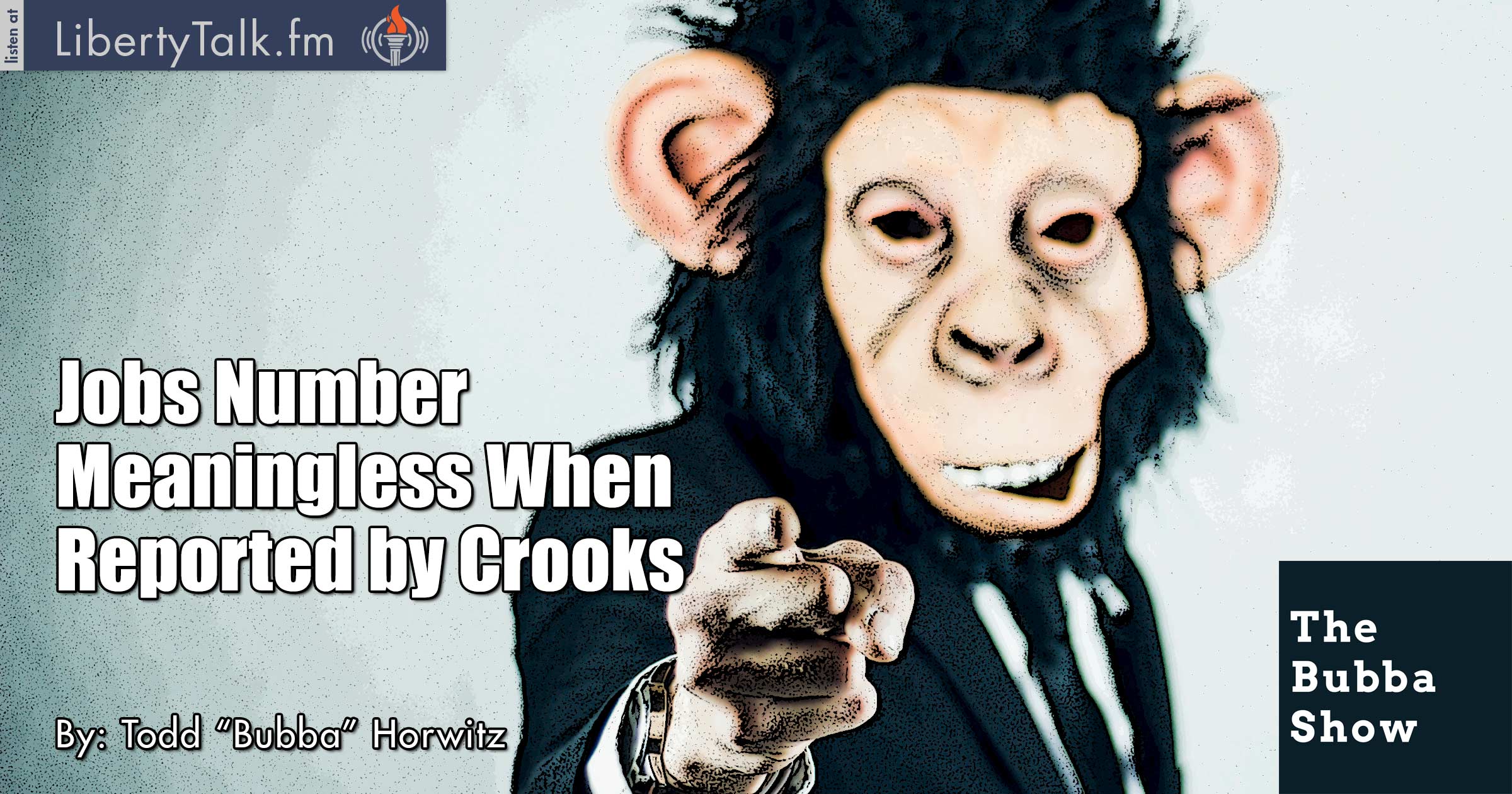 Bitcoin gets hacked and trades over 19,000. Today on The Bubba Show, Bubba talks about his amazement with cryptocurrency, jobs, small business and the discipline required to be a good trader. Bubba also discusses how meaningless Friday’s jobs number is when you look at the big picture.

The mirage being created by the government and the FED on how good the numbers are is a joke according to Bubba, who explains the numbers are only as good as the crooks who report them. The continued destruction of small business and the tepid creation of more crappy jobs is a huge problem.

The Bitcoin bubble is like any other bubble: it will pop. This doesn’t necessarily make the product bad, it just means that it is overpriced, and the price discovery model is out of whack. Bubbles happen all the time and throughout history, the same issues have occurred; greed takes over until the bubble gets ready to pop and then fear takes over.

The emotions of fear and greed have always been the market drivers going back to Tulipmania. As long as humans are involved, emotions will drive every market. When price and time become irrelevant, markets will collapse, it’s always the same.