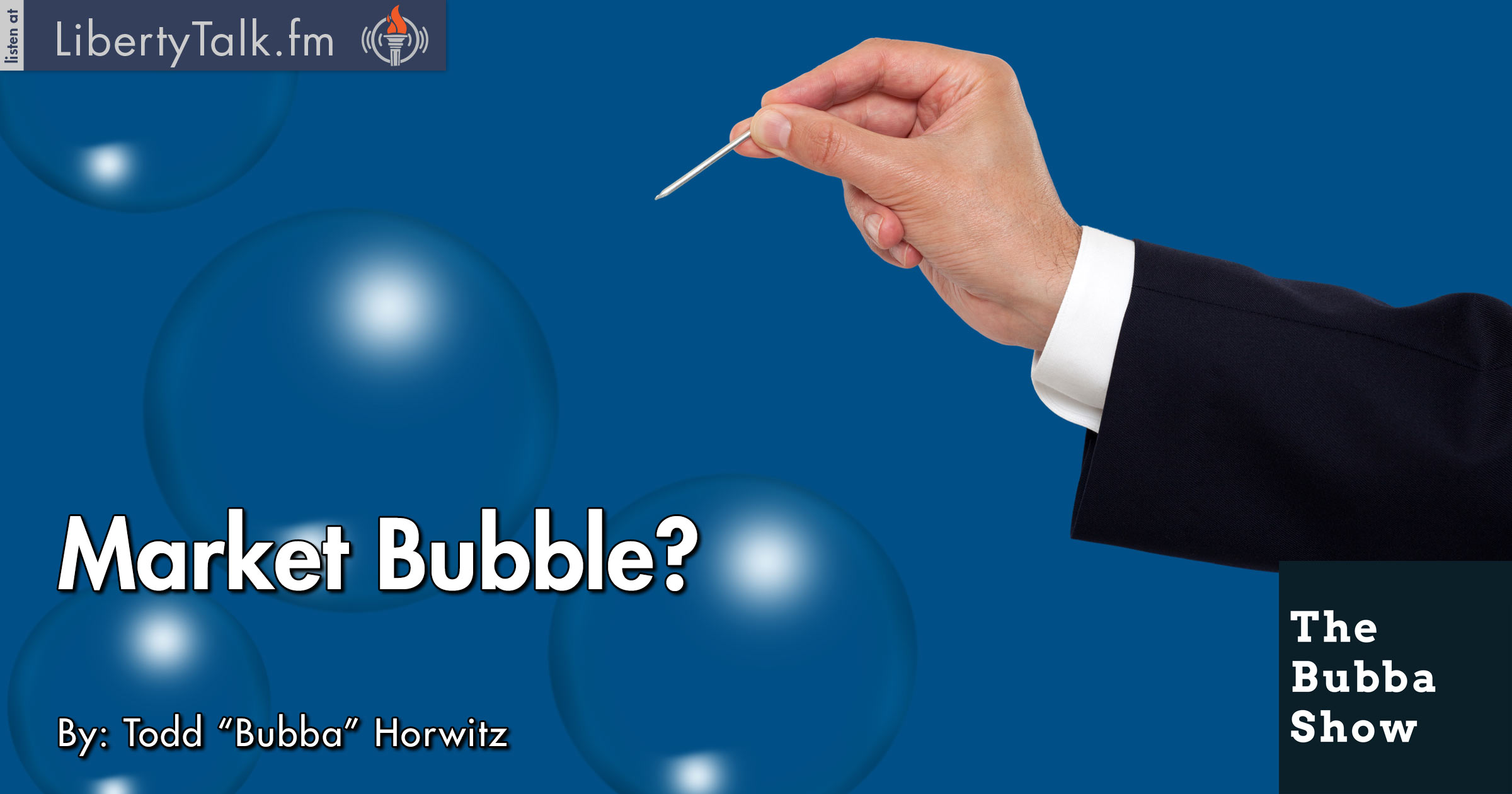 Bubba starts today’s show talking about market action and the move towards a correction, but states that the correction will not take place all in one move and that markets should start to trend lower. The economic conditions plus the length of the current bull market will create the sell off that is coming soon. Bubba calls this market a bubble.

Bill Whittle joins the show and starts off talking about the farce of the lottery and that there is no legitimate chance to win. Bill states that working hard and making a plan that includes realistic goals will give you the best chance to achieve those goals. Bubba agrees with Bill and says that everyone should make a plan detailing step by step how you are going to reach the next plateau.

As Bill Whittle continues, the topic is now what he calls “The Most Shameful Injustice.” He is referring to what has happened to Detroit, Baltimore and Washington D.C, among other places that have been run for the last 50 plus years by Democrats. Agree or disagree, but realize the numbers from their schools and government workers are facts not opinions.

Bill, Scott Ott and Stephen Green join in and start talking about the Constitution and how ignorant we are about it. They go on to talk about how successful the United States were for the first 100 years. They discuss America as the land of opportunity and how the government has taken over and ruined what 4 million farmers had done for Americans.