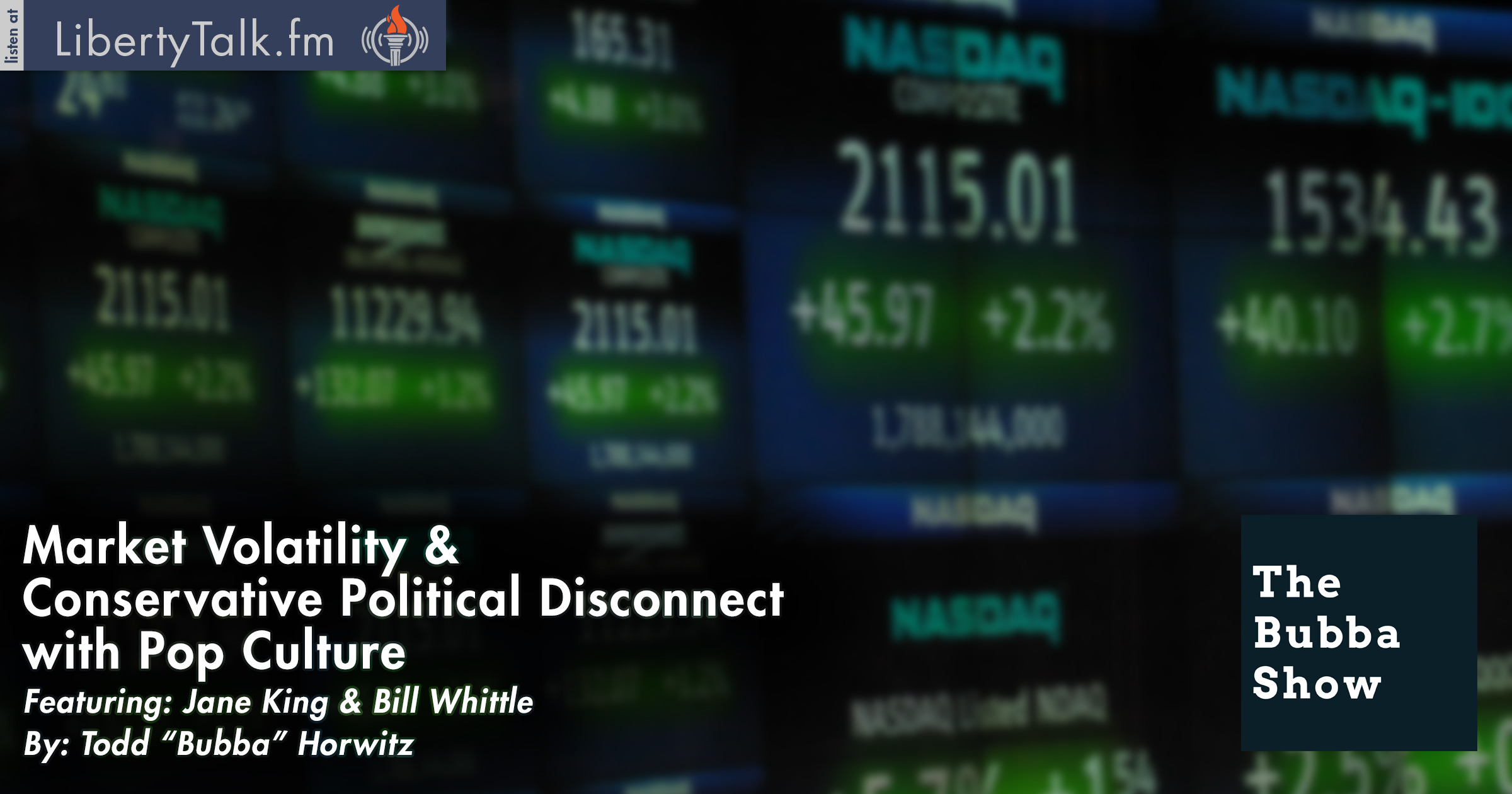 Market volatility, save for last Wednesday has been extremely muted. On today’s Bubba Show, Todd speaks to both volatility and the difficulty of trading in a low volatility environment.  Todd urges investors to be mindful of fund managers using the end of the quarter to mark their books called “Window dressing”. Further, Todd also outlines how reading the fundamentals illustrates the mathematical certainty of the forthcoming market correction.

In addition, Jane King joins the Bubba Show to comment on market volatility or in this case the lack thereof, but also how she balancing motherhood and raising her children along side her entrepreneurial endeavors. Todd solicits Jane’s opinion her perception of the current market environment  following several negative earning reports. Jane also outlines the burgeoning problems occurring in the big energy states in conjunction with the drop in oil . Todd and Jane also discuss the ramifications of what a strong dollar means for real estate, pointing to recent developments in the New York market as a potential canary in the coal mine.

During the second half of today’s Bubba Show, Todd shares a recent discussion given by Bill Whittle. Bill’s poignant comments on the current plight of conservative politicians and the way that they deal with the pop culture is not to be missed . From the media’s portrayal of Mitt Romney as a stiff, greedy one-percenter despite Romney’s resume of job creation, to the on going issue with the Obama Administration’s ongoing talks with Iran. Bill closes out his talk noting that even with a playing field that is not level, conservatives still attain 50% of the vote, and thus he posits that if they would fight back against character smears and twisting of the message they would win the battle over ideology.