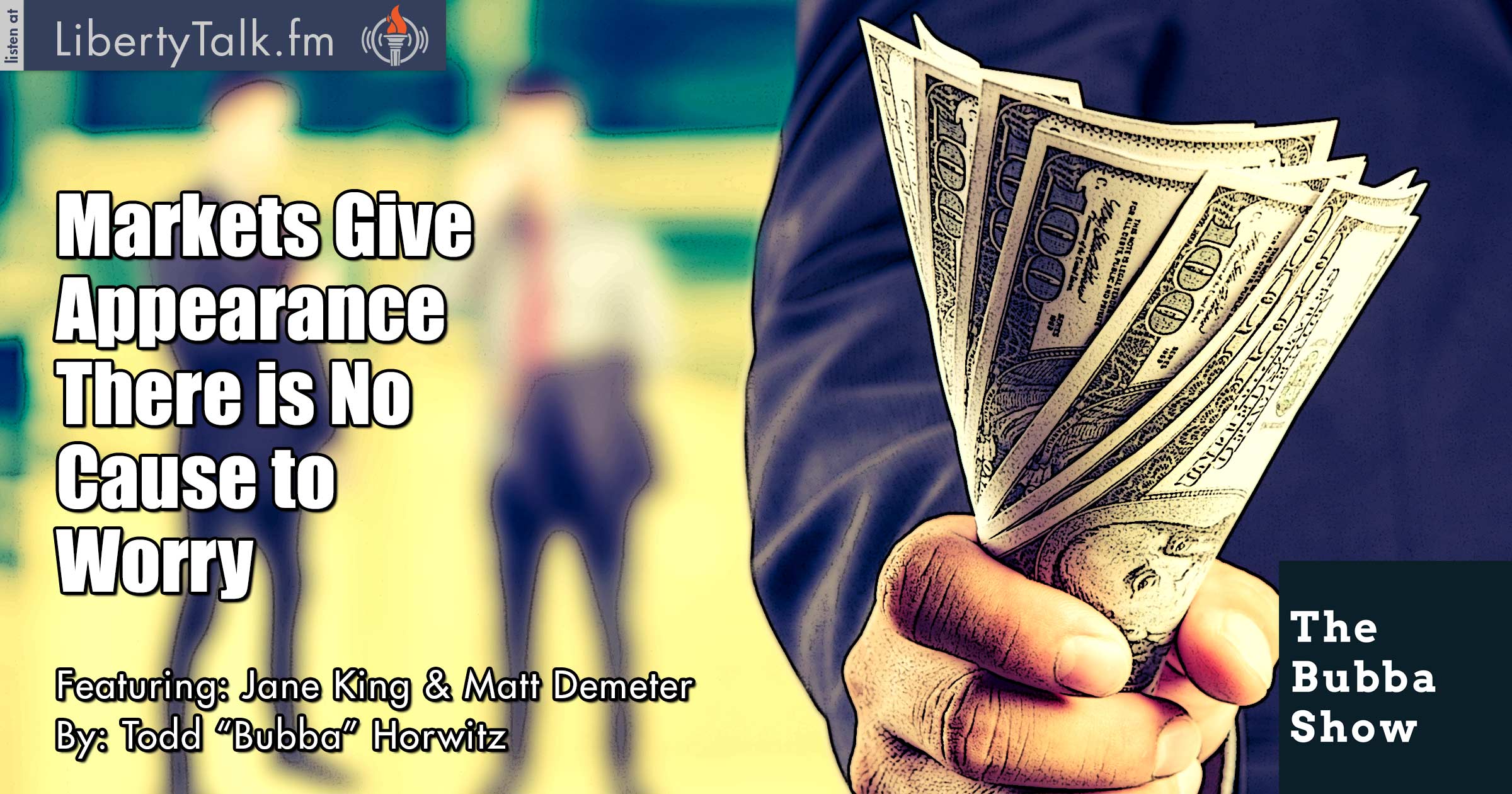 The weekend is over, Bubba is back and so are the markets! Volatility is getting crushed after last week’s expansion, once again the world is safe and there is no cause to worry because the high tide of prosperity is back. At least that is the appearance that markets are giving right now.

Bubba welcomes in Jane King from LilaMax Media and author of the KaChing report. Jane and Bubba talk about the North Korea conflict and what it means to the United States. Both Jane and Bubba express their concerns, but also want President Trump to stand tough and take care of business.

Matt Demeter from DemeterResearch.com makes his weekly appearance as the Bubba Show’s technical analyst. Matt and Bubba talk about Bitcoin and the big boost it will get from the CBOE’s launch of a derivatives product. Matt owns Bitcoin and feels that it could have another pullback, but should go higher.

Bubba and Matt continue to discuss markets and what to expect. Matt is concerned that last week’s minor sell off smoothed out all the technicals and is now expecting that markets should probably rally this week. Matt believes the Russell is still the weakest and can be sold on rallies. Bubba and Matt also dig into what’s in store for the agricultural space.