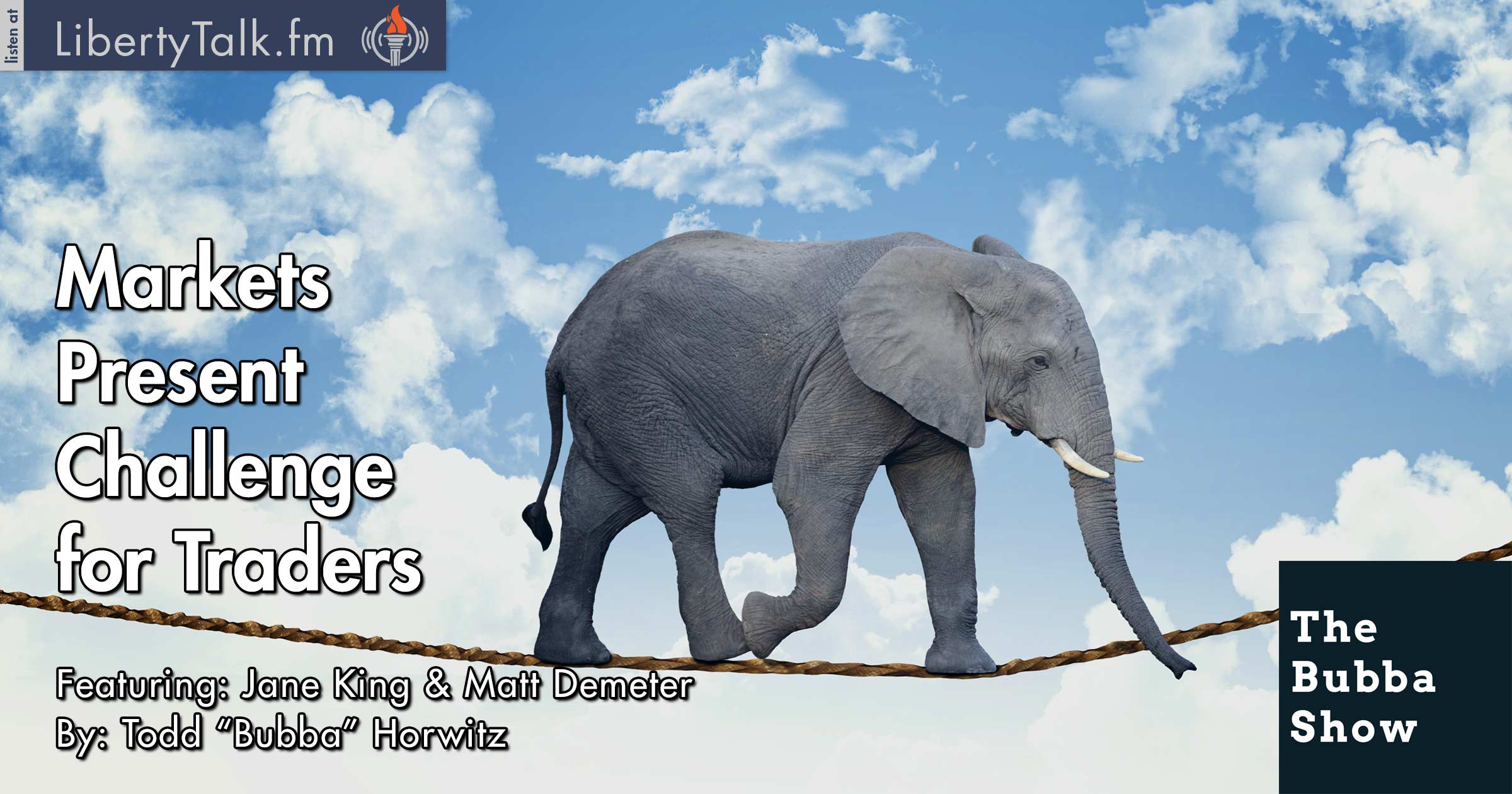 Lack of Price Action and Volatility

Bubba welcomes back the listeners from the weekend and congratulates Hillary Clinton on her nomination. Bubba notes he cannot stand Hillary, but is happy that the country can select a woman as the nominee. Unfortunately, Hillary is the wrong woman for the job. Bubba then moves on to talk about the torture of trading markets that have no volatility.

Jane King comes in for her weekly chat and talks about the important issues she sees in the economy and with the election. Bubba asks Jane her opinion of the Michael Bloomberg speech at the convention. Jane addresses Bloomberg and the severance package he received from Shearson, a dollar amount more than the one million Trump started with.

The Bubba Show’s technical analyst, Matt Demeter, stops by and discusses the challenge the markets are presenting with the lack of any real price action. Matt discusses the continuation of commercials taking short positions in this market and he believes they will keep selling until they are right. Matt sees the markets selling off in the near future.

Bubba and Matt discuss commodities, as both have been somewhat bullish Wheat and Corn. Matt talks about his Gold special and how to take advantage of his services. Bubba introduces new products, as Matt will be covering livestock for the Bubba Show. Both believe that Hogs are getting ready to turn and disagree on cattle short term but 100% agree long term.