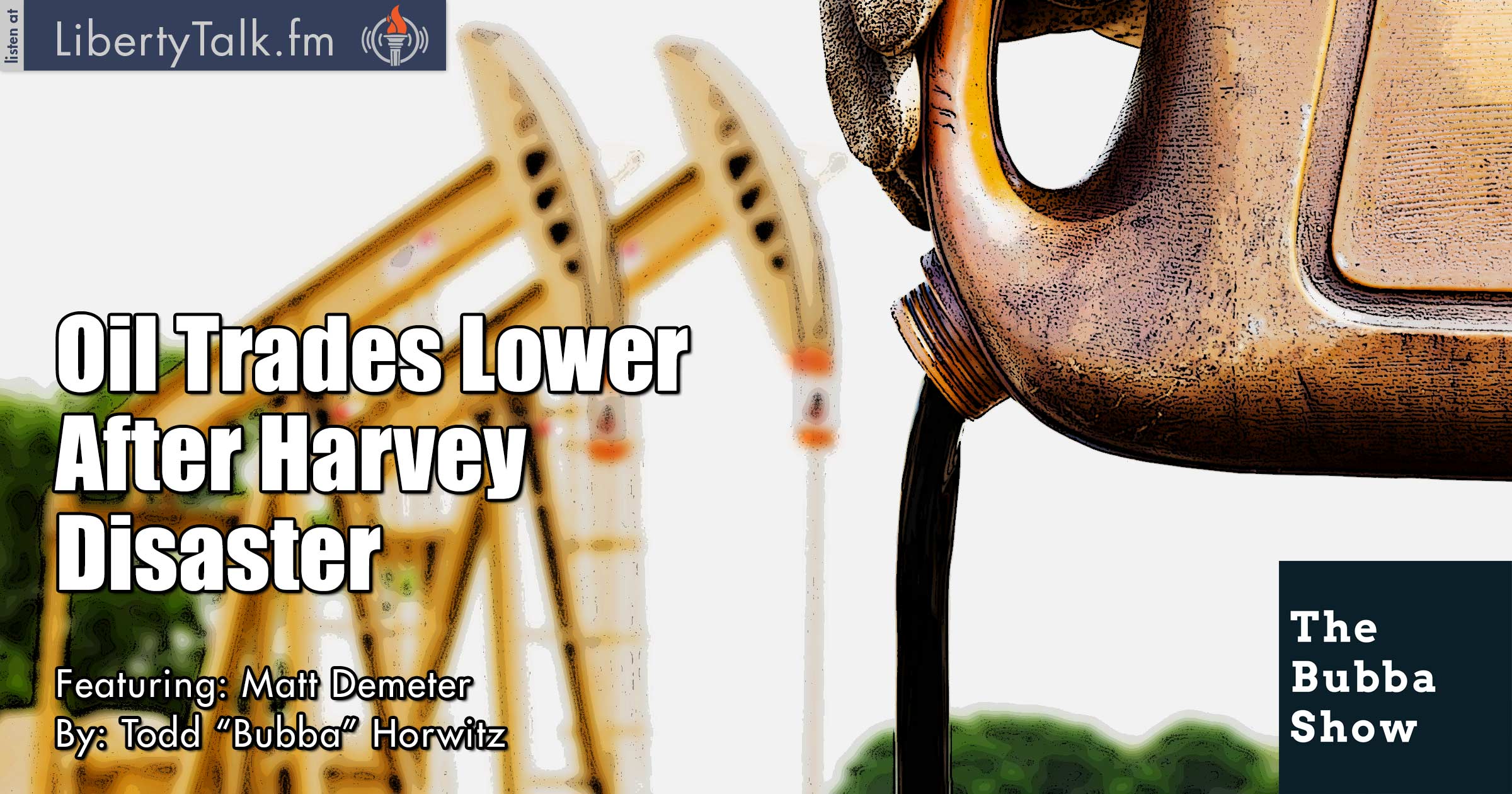 Copper is Putting in a Big Top

Today on The Bubba Show, Bubba begins by sending his thoughts and prayers to the victims of Hurricane Harvey in Texas and Louisiana, as looks to be the biggest disaster in history. Bubba points out that money has no conscience, as the markets rally during the Harvey disaster. Meanwhile, oil, which you would think would be higher, was trading lower.

Bubba discusses Gold and other assets that are considered “fear plays”, explaining that it’s more of a dollar play than a fear play.  Markets continue to wait for a reason to sell off and it could be North Korea, but it could just as well be anything. There is no way to ever know what will trouble the markets.

Matt Demeter from DemeterResearch.com joins Bubba for his weekly visit and for the first time they talk about copper. Matt believes copper is putting in a big top here and wants to be a seller, as he is looking for a dramatic drop. Matt and Bubba discuss the general markets and agree that the tops are in.

Grains and Livestock are next up, as Bubba suggests the grains are looking pretty ugly. Matt feels Wheat is oversold and is looking for a bounce, he is also becoming bullish on corn. Matt and Bubba agree that Hogs have more to go on the downside, while cattle have room to go higher.