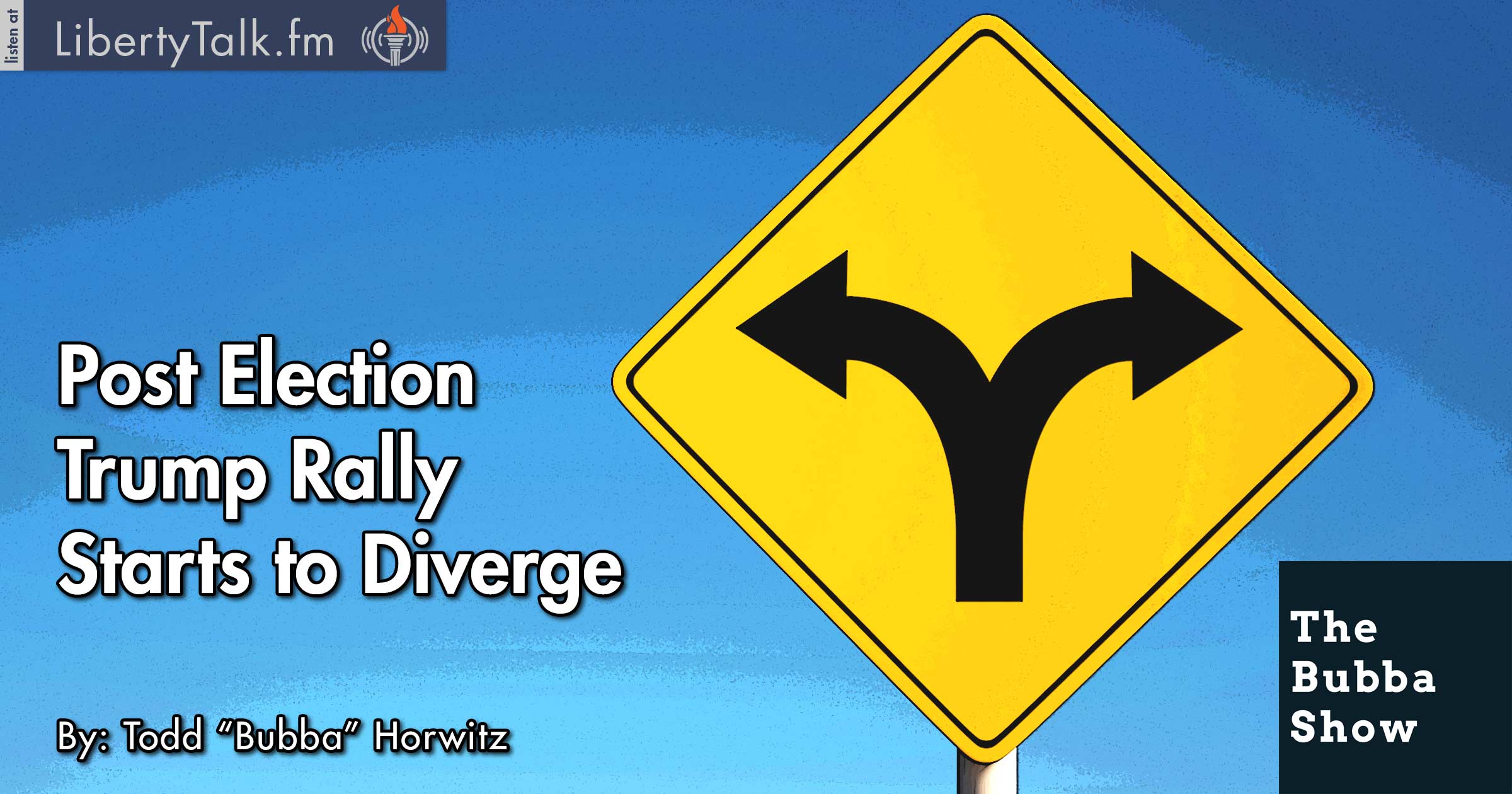 The year is flying by and here we are already in December after a 5% rally in November. Bubba talks about the ridiculous OPEC deal, as though OPEC will actually honor the deal. The markets continue to roll with some major divergences and though there are warning signs, the markets will do what they do, no matter what we think and that is the message Bubba relays to everyone.

Bubba makes his weekly visit to Rural Rally Radio with Marlin Bohling talking about the agricultural world. Bubba is looking for the livestock markets to find a temporary top, while the grain markets search for a bottom. Bubba tells farmers and producers that he still believes that they will be able to hedge fuel costs closer to 40.

Bubba brings in Bill Whittle from BillWhittle.com who discusses his plan, describing how to truly bring America back. His words are that we must change the entitlement system and give everyone the ability to succeed.  Bill also feels that the unnecessary violence and hatred that has been fostered by the liberals must be eliminated. Major cities have been run on the same crappy model of free stuff and lousy conditions.