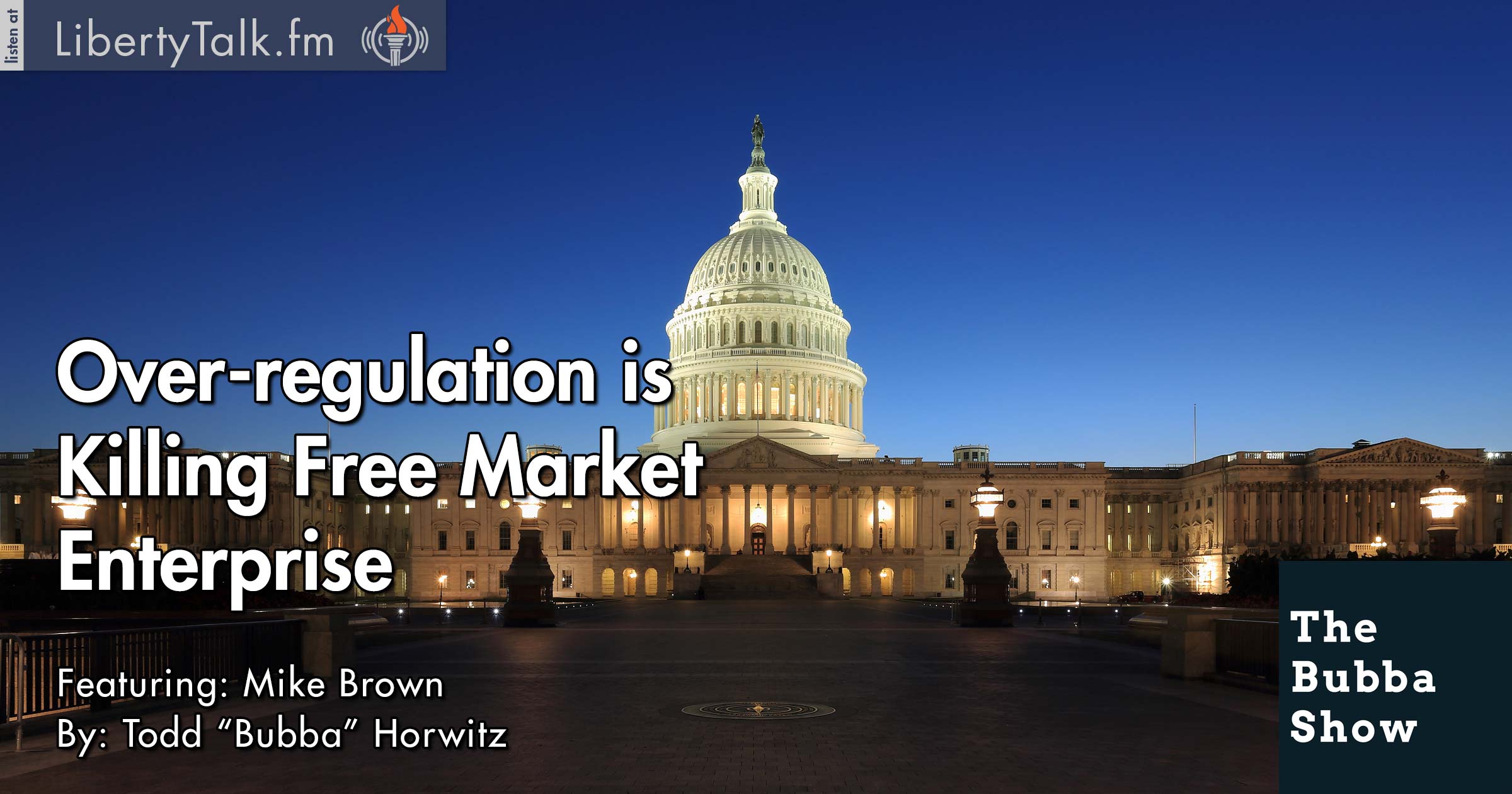 Today on The Bubba Show, Bubba welcomes Mike Brown from BrownCapital.org to talk markets, politics and a few other things. Bubba and Mike break down the market action and both believe that there are troubles ahead. The two discuss the overregulation from the government and agree that is the biggest problem.

Mike and Bubba examine the issues facing Middle America and the struggle that the farmers are going through with the current deflationary scenario. They discuss how the overall economy is affecting land leases and that there will likely be some bankruptcies.

Bubba and Mike get into the manipulation of all markets and explain why free markets work best. The economic policies and over-regulation are killing the free market enterprise. Mike believes that there should be term limits to all areas of government.

The two of them raise the topic of the second amendment and wonder why our administration wants to arm the bad guys and make the good guys run away. They both believe that no matter which side of the aisle you sit on, the political system is broken and is in dire need of repair.