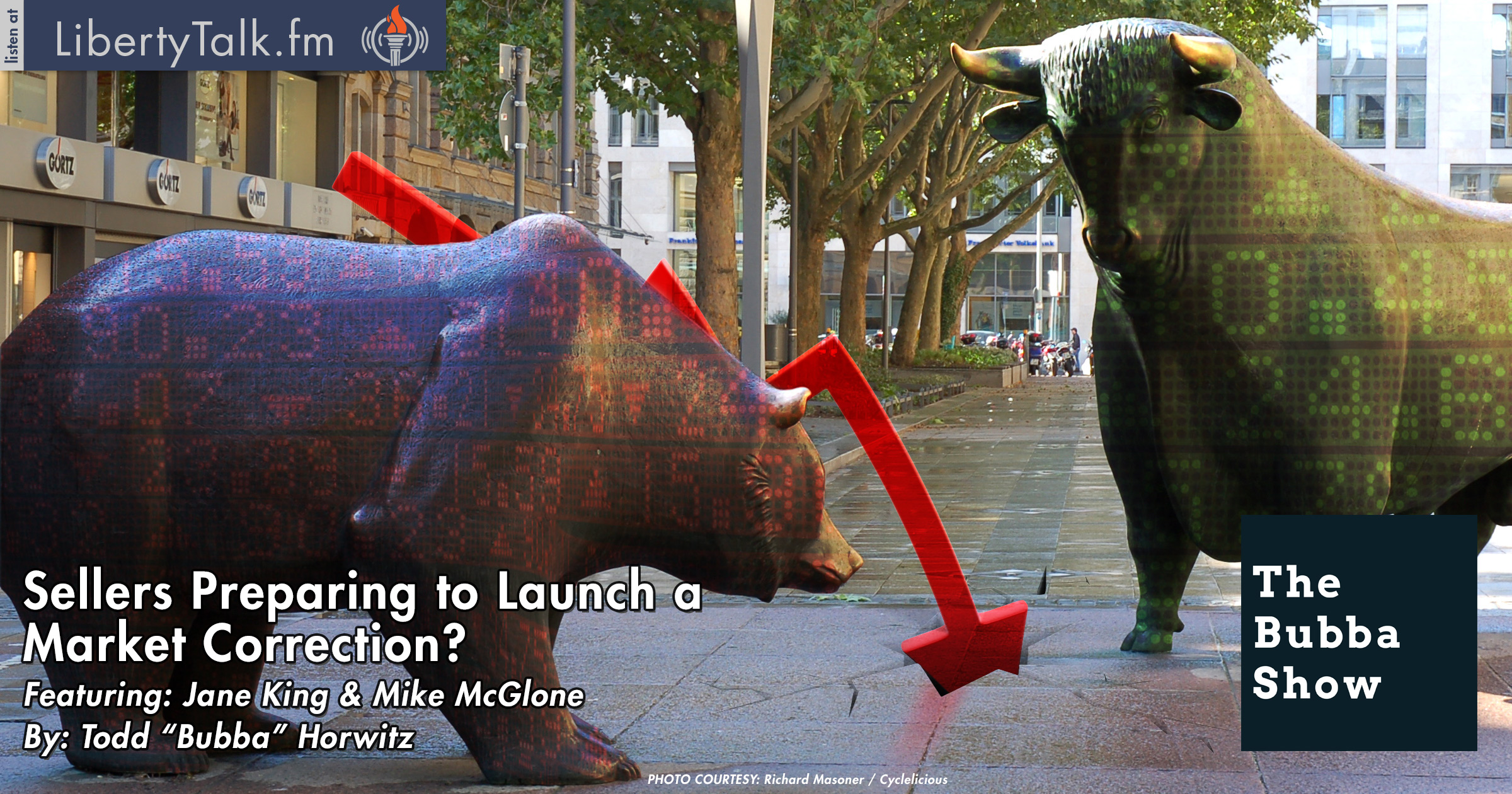 Is a Market Correction Just Around the Bend?

In this episode of the Bubba Show, Todd points to a market correction with falling volume and the burgeoning volatility that is sure to follow as sellers are gradually becoming the strong force in the market. Nearly each recent stock rally is almost immediately met with additional selling and as such, the upside volume with each subsequent rally shrinks into the margins. Todd believes the signs point to sellers are getting ready to make a major move and put capital into action when they spot an opening now that the pump is primed for a correction.

Bubba also welcomes back to the show, entrepreneur, market commentator and author of the Ka-Ching Report, Jane King. Jane comments on the success of the pop culture, specifically in how she sees the younger generation being easily swayed by politicians that know who the pop culture icons, jargon, and preferred media distribution channels. She thinks the Republicans can learn from this phoneme as liberals such as President Obama and the likes have mastered both the new media, but also the catchy soundbite slogans that entice the younger generation to action.

Bubba asks Jane her opinion on the crop report released earlier in the week, with her commenting that for farmers it was not very positive report. The report detailed a record Bean crop, and total corn acreage down for a third consecutive year.

Then in the second half of the show, Bubba speaks with Mike McGlone of ETF securities. Mike and Bubba discuss how earnings reports are continuously discounted yet the market continues to go higher. Mike comments on how many EFT indexes are seeing a net withdrawal in 2015 and warns of the possible impact that this could have on the markets for the rest of the year. Mike explains some common terms used in the ETF market such as beta, which is a correlation study.

Mike then comments on why he is no longer a trader and instead focuses on working with the market for the long term. He advises investors and traders that if they are trading a leveraged product, they absolutely must read the prospectus because of the importance of exactly how the product is structured. Too often the prospectus receives the same casual glance as software terms of service, i.e. click, click, Agree. Finally, Bubba and Mike discuss hedging and why most U.S corporations do not with Mike concluding that product diversification, is the best way for business to hedge against risk.