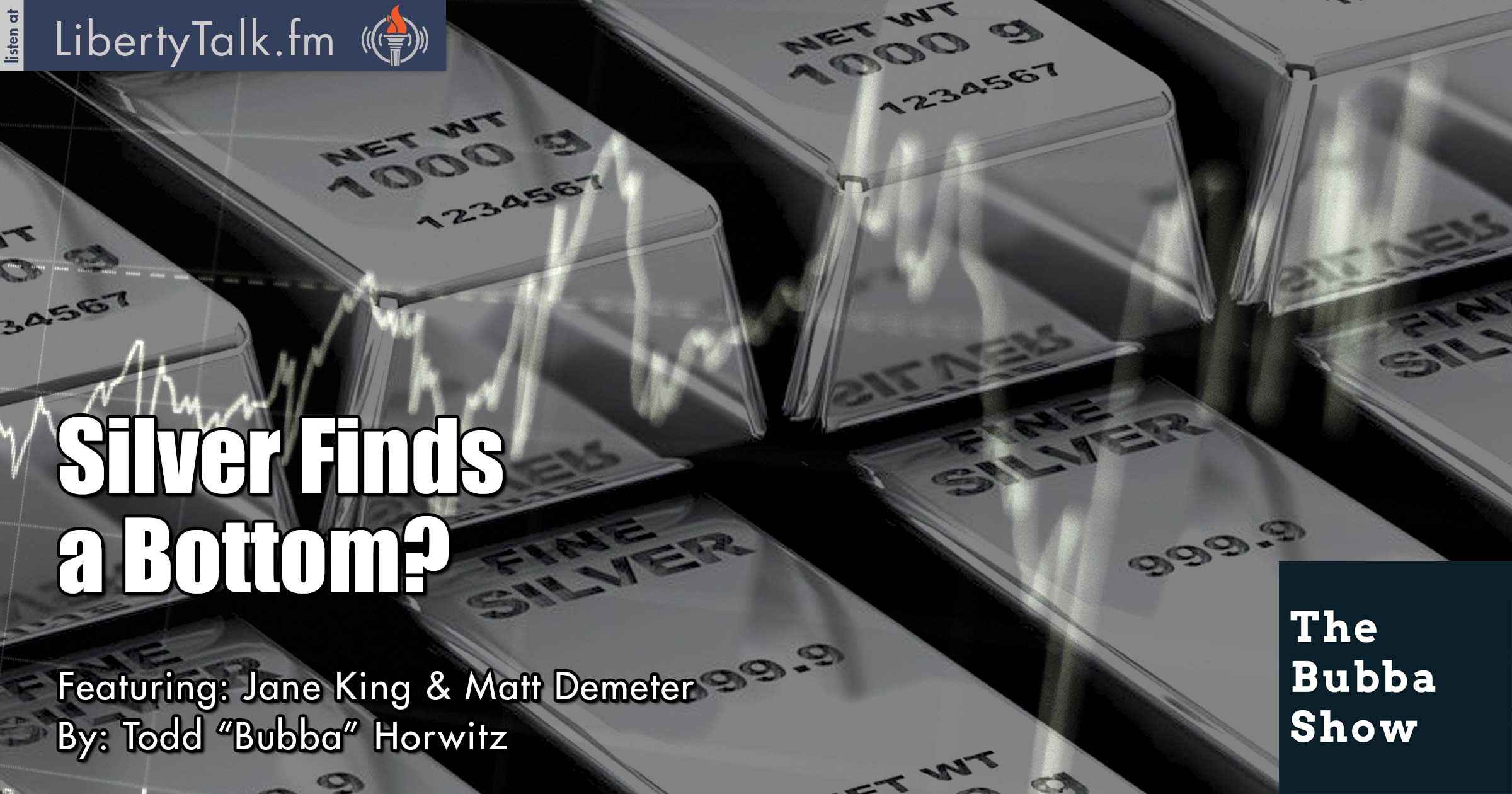 Bubba is back from Vegas! On today’s show he talks about his trip and points out why he believes the economic recovery is a mirage. Bitcoin futures are trading, but are not that liquid. Bubba explains this as part of any new market thus it is not a concern. There are a lot of problems in the economy, yet the pundits continue to cheerlead the market higher.

Jane King from LilaMax Media and Author of the KaChing Report stops by to talk about the tax plan and healthcare. Jane tells Bubba about her increase in premiums again and talks about possibly having to switch doctors again. Healthcare premiums are rising almost as fast as Bitcoin.

The Bubba Show’s technical expert, Matt Demeter from DemeterResearch.com, makes his weekly appearance to talk markets and the cryptocurrency world. Matt talks about the RSI in the Bitcoin and believes that there is a sell off coming, but there is no telling when that will happen.

Bubba and Matt go on to discuss precious metals, specifically silver, explaining why they both believe it has reached its bottoms or very close. Matt talks about the commercials and banks, explaining that they are always short, but now they are very near flat, indicating some bullish sentiment.